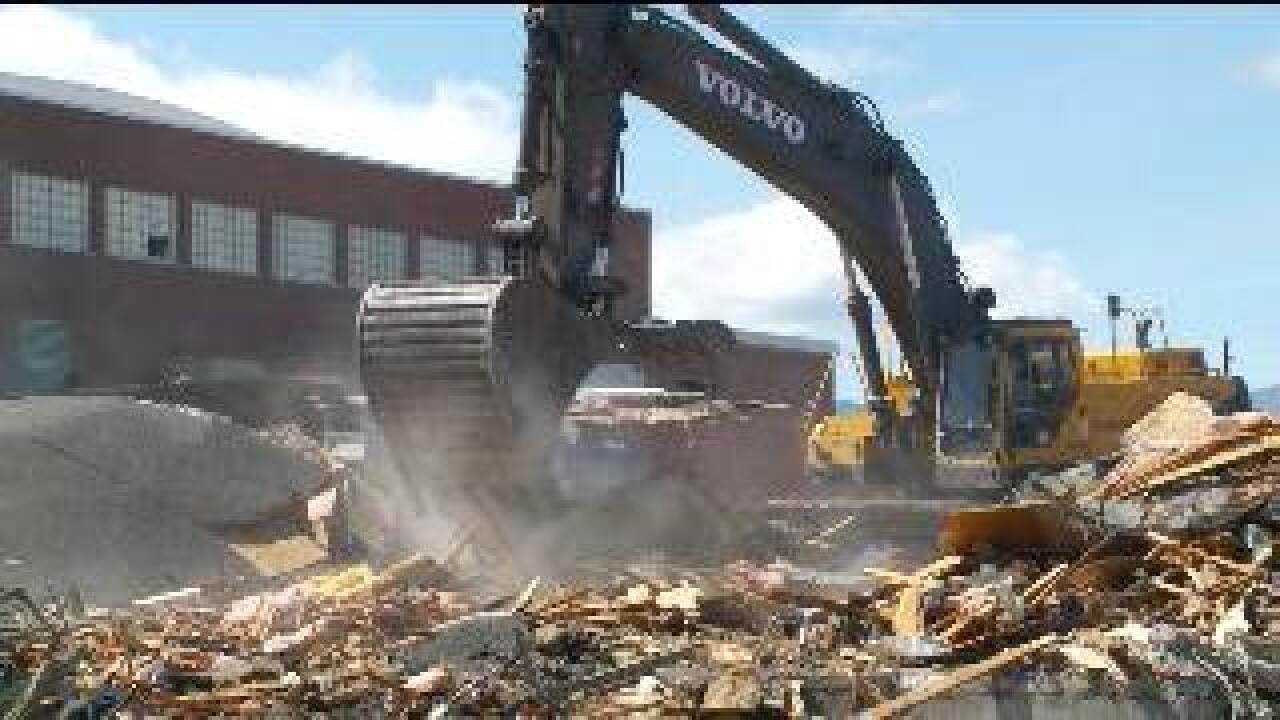 Build in 1955, school officials said it was outdated and not big enough to house the more than 3,000 students, including the newly added ninth graders.

The lot will be transformed into new soccer fields, tennis courts and a parking lot.

"We have to figure something out before our sophomores finish driver's education in January because then every sophomore that has a car is gonna want to drive and right now we can't accommodate the juniors and the seniors that we have," said Dr. David Gatti, assistant principal regarding the need for additional parking.

Granger High School's newest $70 million facility opened in August. Gatti said the new building has every bell and whistle and piece of technology you could imagine.

Some people are sad to see the old building go.

"It kind of hurts right now cause I made some memories there, cause I went to school two years there. I've been at Granger my whole high school career," said Maninderjit "M.J." Singh, student body president at Granger High School. "It kinda hurts and I've seen some kids cry, but I don't cry. I know it's just the beginning of a new thing."

It will be a few weeks before the demolition is completely. As crews bring it down, they will put bricks from the building on the perimeter of the site for anyone who wants to take one home as a memento.