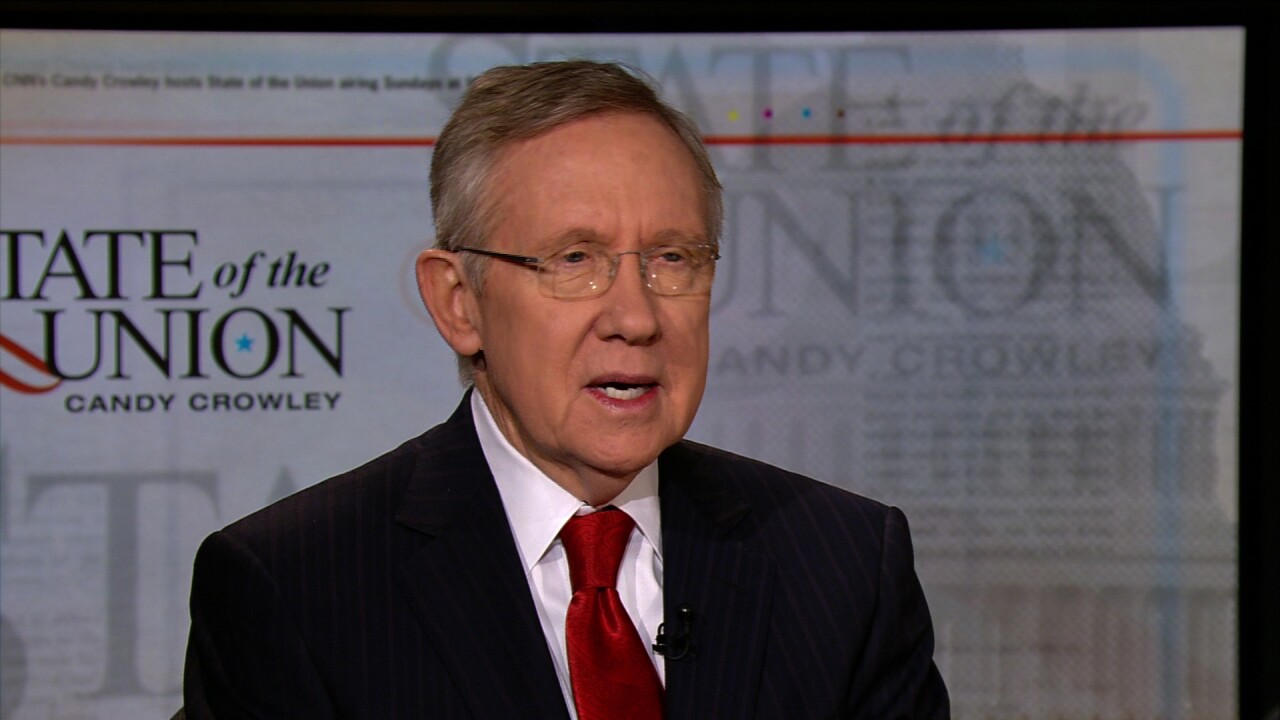 WASHINGTON (CNN) — Harry Reid is never one to mince words.

The Senate majority leader made it abundantly clear Saturday that a House vote on the two proposed amendments to the Senate-passed continuing resolution, which funds the Affordable Care Act, is “pointless” and that a revised bill would go nowhere in the upper chamber, declaring that “the American people will not be extorted by Tea Party anarchists.”

“The Senate will reject any Republican attempt to force changes to the Affordable Care Act through a mandatory government funding bill or the debt ceiling,” Reid said in a statement.

Reid reprised a spokesman’s statements from earlier in the week that attempting to delay the implementation of Obamacare for a year or repeal a tax on medical devices will amount to nothing, leaving the government on the verge of a potential shutdown.

“We are still at square one,” the Nevada Democrat said. “Republicans must decide whether to pass the Senate’s clean CR, or force a Republican government shutdown.”

In a Saturday afternoon statement, White House press secretary Jay Carney did what California Republican Rep. Darrell Issa scolded a reporter for doing earlier this afternoon: presume an amended House bill would fail in the Senate.

The president’s top spokesman slammed the House Republica caucus as “reckless and irresponsible,” adding Republicans have already attempted to defund or delay the healthcare law more than 40 times.

“Republicans decided they would rather make an ideological point by demanding the sabotage of the health care law,” Carney said.

A Democratic source indicated that it was unlikely the Senate would change its plans and return to Capitol Hill before Monday. Mimicking Reid, the Democrat told CNN’s Dana Bash “there’s no point” coming back to Washington so long as, in the veteran senator’s words, Republicans are “playing futile political games.”

Barring any changes in the Senate’s schedule, the body would get the reworked continuing resolution Monday afternoon should the House pass an amended version of the bill. At that point, the Senate could table the House’s version of the bill with a simple majority, which would send the measure back to the House.

In his statement, Reid did not signal how or when the Senate will “reject” the House Republicans’ continuing resolution.

The same source also said that the Senate leadership feels comfortable it has lined up all Democrats against repealing the medical device tax, including the leading Democratic sponsor of the repeal in the Senate, Minnesota Sen. Amy Klobuchar.

Sen. Chuck Schumer, third-ranking Democrat in the Senate, added to the pile-on, both calling for House Speaker John Boehner to pass a “clean” continuing resolution and lambasting House Republicans for “holding millions of innocent people hostage.”

“This is just another attempt by the Republican leadership to try and appease the hard right and simultaneously try to wiggle out of the blame for shutting down the government,” Schumer said in a statement.