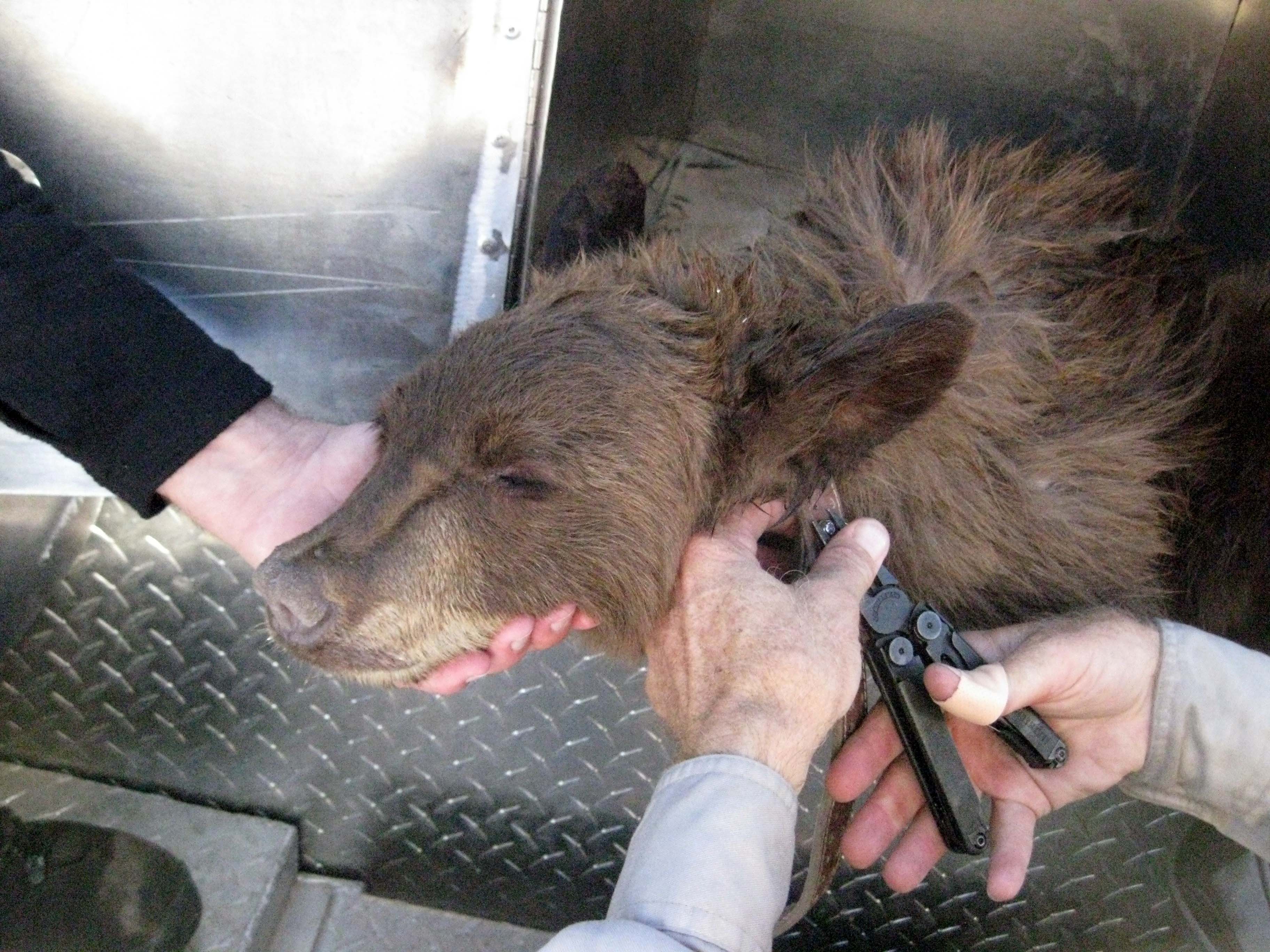 LAKE POWELL, Utah — Authorities responded after receiving several reports of a bear hanging around boats and beaches at Lake Powell, and the bear was relocated safely.

A team from the Utah Division of Wildlife Resources was sent to find the bear Tuesday, and as they searched a man reported there was a bear on his boat. Officials shot the bear with a tranquilizer gun, and it jumped into the water.

Officials rescued the sedated bear from the water, and they affixed a radio collar on the bear before releasing it in a remote area.