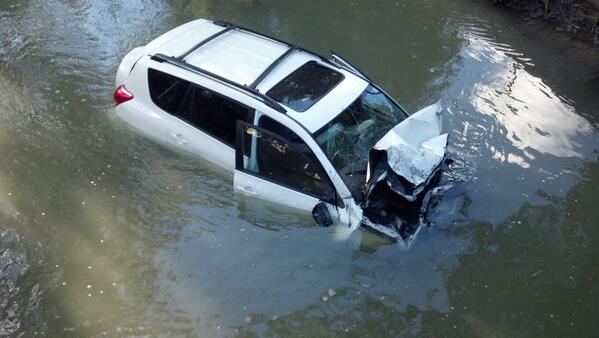 MURRAY, Utah – Two people are in serious condition after a four-car crash on State Street that sent an SUV into a creek.

Police said an SUV had been driving erratically and ran a red light at 3900 S. State Street at a high rate of speed. That SUV then crashed into the back of a Geo Tracker, sending it into a car, an officer said.

Another car was hit in the crash, police said. The SUV plunged into the creek.

Witnesses told FOX 13 News a man was trapped in the vehicle up to his chest in water. Water rescue crews were called to extract him.

Police said the driver of that SUV was taken to the hospital in serious condition. So was a child in the Geo Tracker that was struck initially.