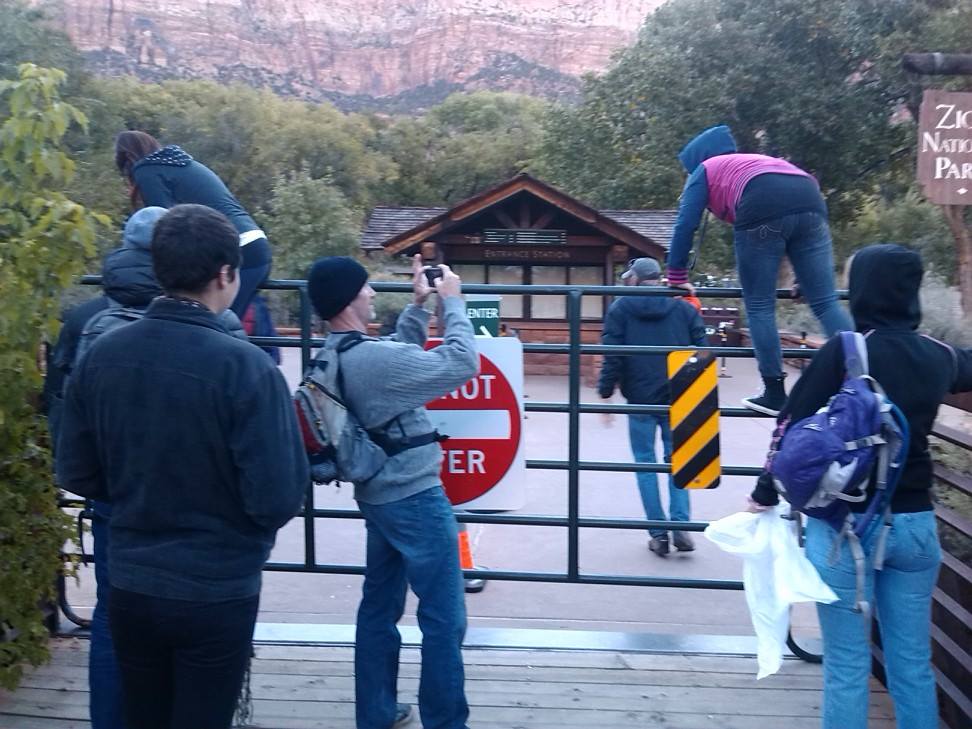 The park is closed due to a lack of funding caused by the government shutdown that began earlier this week.

The outdoor enthusiasts and anti-shutdown activists gathered as part of the Occupy Our National Parks movement at Zion Saturday at 8 a.m.

James Milligan, 38 of Cedar City, manages Zion Outfitter and he and Nick Smith, 34 of Kanab, are the leaders of the group. Milligan said he thinks the parks should be maintained with or without the government. He said they picked up trash in the park as they hiked Saturday.

“If the government wasn’t going to take care of it, we were,” he told FOX 13 News.

Smith is a guide and outfitter for hikers and those who canyoneer, and he said he and others who came to the event love the parks and want to take care of them.

“We want to make a statement, but we want to show these people that we care about these lands,” he said.

Smith said there were park rangers at Zion volunteering, but he said he and the others were able to get into the park and carry out their peaceful protest.

“We’re not interested in harassing park rangers,” he said. “We understand that they get their mandates from the top down.”

The town of Springdale sits at the entrance to Zion National Park, and Smith said the government shutdown has hurt those who live, work and recreate in the area.

“The town of Springdale is a ghost town right now,” he said. “…We think the president and Congress are utterly ineffective right now. Closing these national parks is hurting communities.”

Group members said they plan to carry out similar actions at other parks, including Bryce, Arches and Capitol Reef.