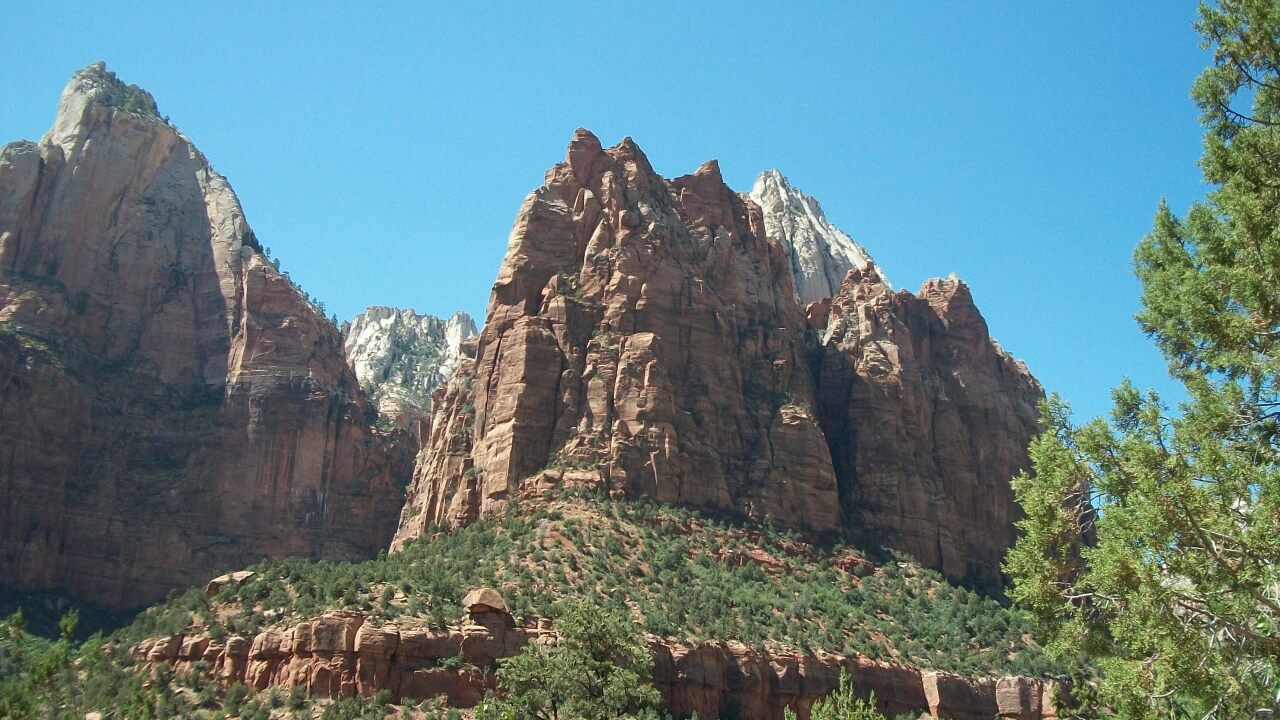 The governor said he spoke with Interior Secretary Sally Jewell for about 20 minutes on Wednesday, offering to use state resources to open Arches, Bryce Canyon, Canyonlands, Capitol Reef and Zion national parks.

"We know there's disfunctionality in Washington D.C.," Herbert told reporters on Wednesday. "Let us run the parks. Let us open up, at least in a partial way. We'll have the manpower, we'll have the resources to open up some of our parks and help with the economy in these rural parts of Utah that are hurting so much."

Herbert claimed that Jewell was open to his idea, asking for a list of things the state could do.

"She said she understands the situation," he said. "She wanted to know if it could be done, legally."

The closure of the parks has dealt a serious blow to the economies of the surrounding communities. Herbert offered to use state money to keep tourism afloat -- even loaning money to the federal government.

"We have a rainy day fund that's got a sizable amount of money in it," Herbert said. "We've got pockets of money for tourism and travel. This would be kind of an infusion of upfront money with the idea that if we get through this in the next two or three weeks, we get reimbursed. But it's critical now!"

If Herbert were to use state funds, the Utah State Legislature would have to approve it. Senate Minority Leader Gene Davis, D-Salt Lake City, said he would oppose a special session and spending state money for the idea.

"We're going to take over the federal government now in the state of Utah?" Davis told FOX 13. "We can't afford that. We can't afford to run our own (state) parks at the level they should be funded."

Davis said the governor should demand Utah's congressional delegation do more to end the shutdown, not offer to take over financing.

"What if this thing goes for three months?" he said. "Do we have enough reserves to do what he wants to do?"

Herbert's office told FOX 13 late Wednesday that if the shutdown drags on and begins to significantly impact the local communities, he would speak to legislative leaders about funding the national parks.

A number of counties with national parks in the boundaries have declared states of emergency, but Herbert said he was reluctant to seek a formal declaration -- noting it is to get federal funding for disasters.

"I just don't know what it gets us," the governor told FOX 13. "I think the negotiation right now, what we're doing is probably the best approach."