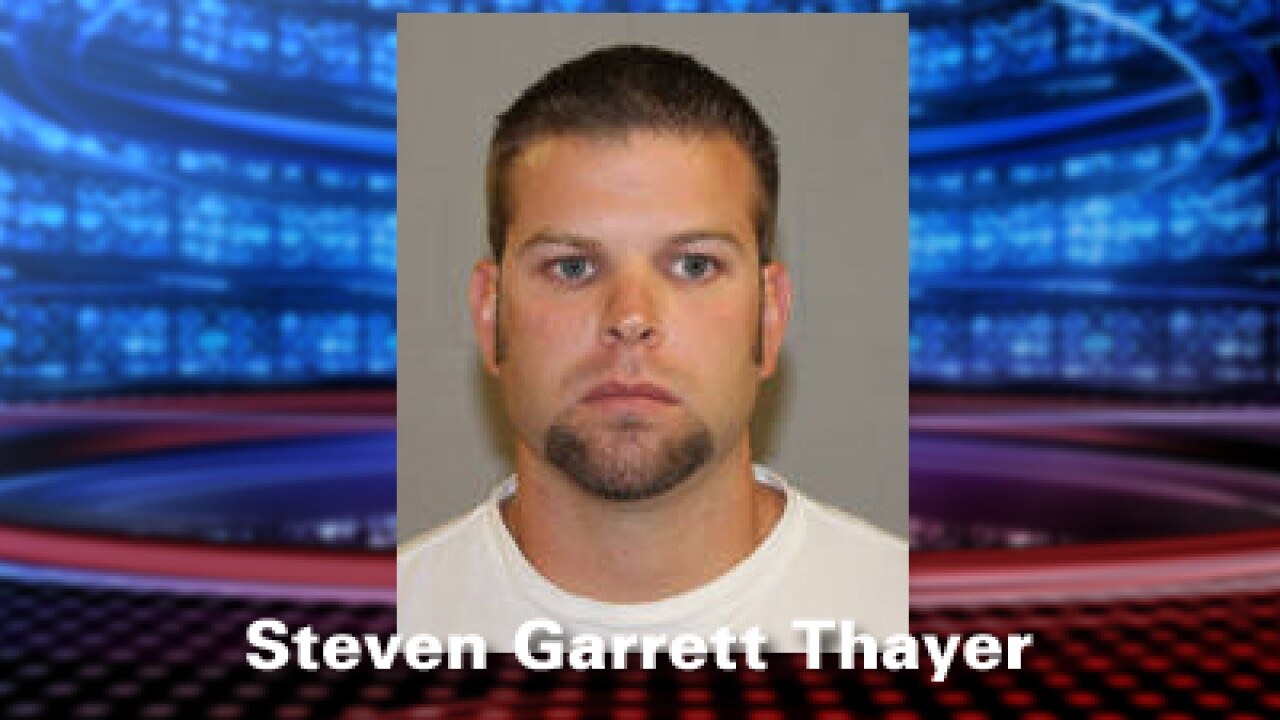 A mugshot of Steven Garret Thayer from 2013.

WASHINGTON COUNTY — A Washington County Sheriff’s deputy was fired and arrested after being charged with eight separate counts of sexual misconduct Tuesday afternoon.

One of the counts is a third-degree felony of custodial relations. The rest are class A misdemeanors.

Steven Garrett Thayer, 27, was taken into custody just after 2 p.m.

Thayer was honored for five years of service in July of 2012.