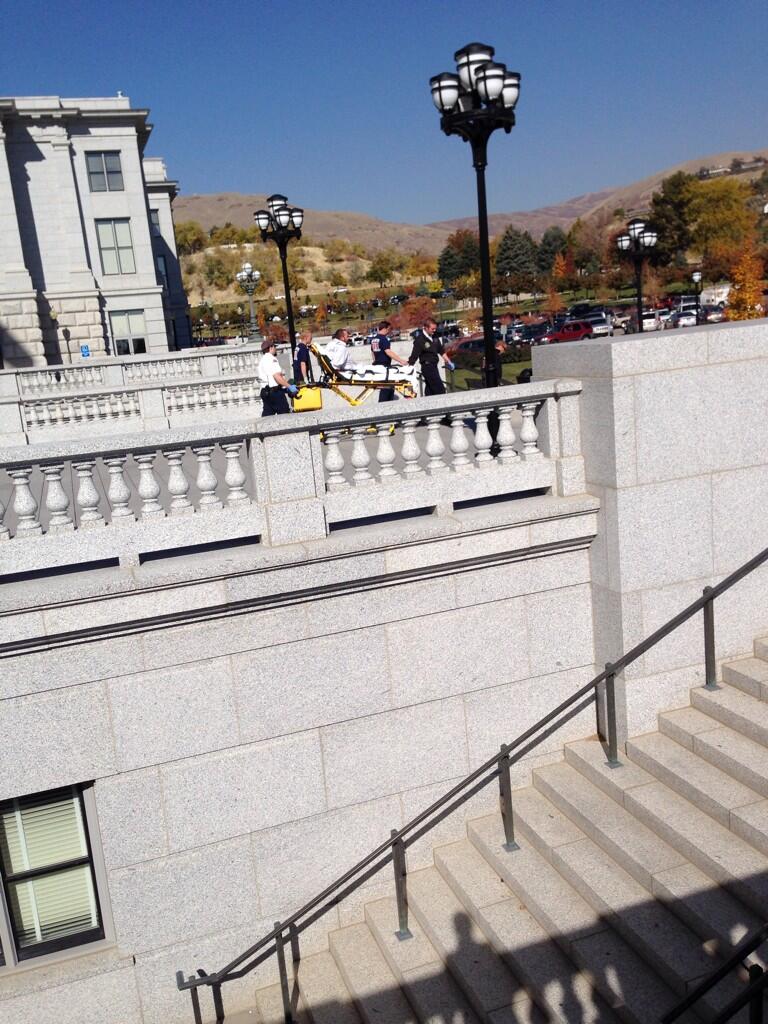 Troopers say a Layton man drove up several flights of stairs to the capitol doors then tried to break into the historic Supreme Court chambers.

UHP identified the suspect as 36 year-old Gerald Weston Green from Layton.  Troopers say he's never been on capitol security's radar and they don't believe he intended to hurt anyone.

Still, he managed to drive up three tiers of stairs and attack a state trooper before his arrest.  The highway patrol says the suspect turned off Columbus and Main Streets before making his ascent and parking right next to the capitol.

"We have cameras around the exterior of the Capitol,” said UHP Capt. Barton Blair. “We saw the vehicle come up on the camera on the west steps and sent our troopers to this area to interdict him.”

Troopers say they responded in seconds but the suspect walked in like nothing happened and managed to get to the east side of the building.  Troopers say the man went up to the third floor and tried to break into a secured area, the historic Supreme Court chambers, where investigators say the suspect kicked the 100-year-old doors.

"He made the comment that this was his house and he had the right to be here,” Blair said.

A secretary in the Utah Attorney General's office heard the commotion.

"There was some screaming, loud noises and she thought there was a gun shot at first and realized it was a Taser," said employee Ryan Bruckman.

When a Taser didn't take the suspect down, troopers tackled him.

"We're investigating why he came into the building and what his motives were,” Blair said. “Right now we don't know."

Investigators say the suspect wasn't armed but since the cops haven't searched the pick-up, it's unclear if there were weapons in the vehicle, which was parked right underneath the governor's office.  Capitol security says it'll review the incident and may place large wrought iron posts or concrete planters on the west side stairs to prevent vehicles from getting so close to the state's headquarters.

"I'm sure that's something we'll look at in order to preserve both the openness of the building as well as protecting the people inside," Blair said.

The suspect spent Tuesday afternoon in the hospital.  He could face charges of criminal mischief, assaulting a police officer and possibly impairment since police believe he may have been under the influence.