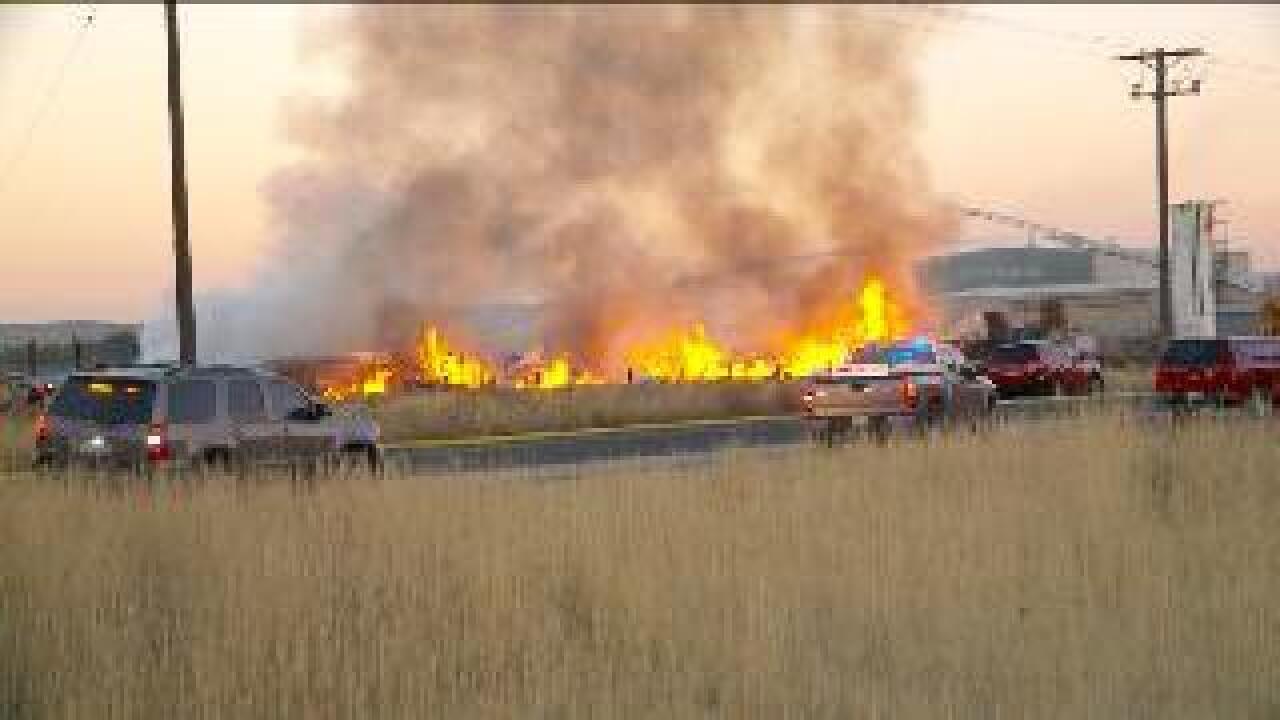 MAGNA, Utah -- A two-alarm fire broke out just outside a building near 2100 South and 7200 West Wednesday morning.

Unified Fire Authority crews responded to the scene around 7:15 a.m. and successfully contained the fire. Battalion Chief Brian Anderton of the UFA said there were some damages.

"It appears that they have lost a couple of small out-buildings in the process of the fire but have so far been able to protect the main business," Anderton said.

The Utah Highway Patrol closed the eastbound and westbound lanes of SR-201 while firefighters worked to put out the fire. SR-201 has since reopened.

The cause of the fire is now being investigated.

FOX 13 will update this story with more details as soon as they become available.