How to counter online bullies 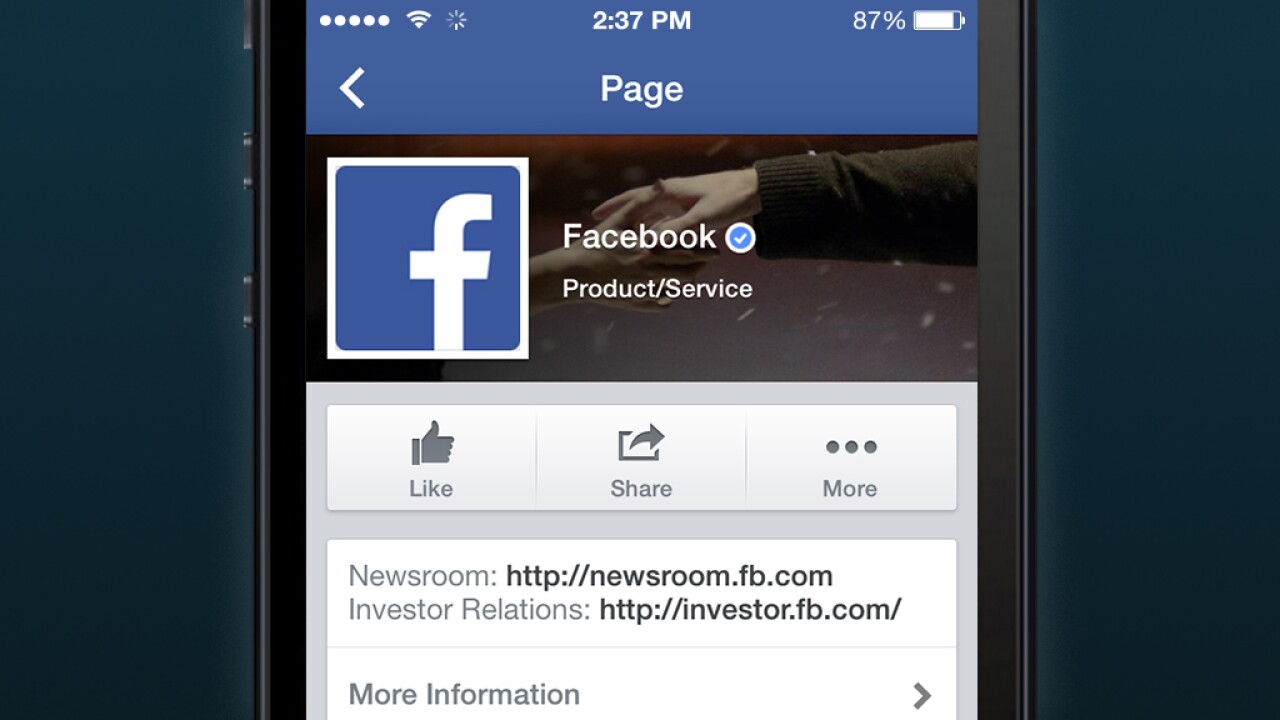 Facebook: The old social media standby. But according to a recent survey, teens’ enthusiasm for the most popular social networking site is waning. Image courtesy Stewart Scott-Curran/CNN 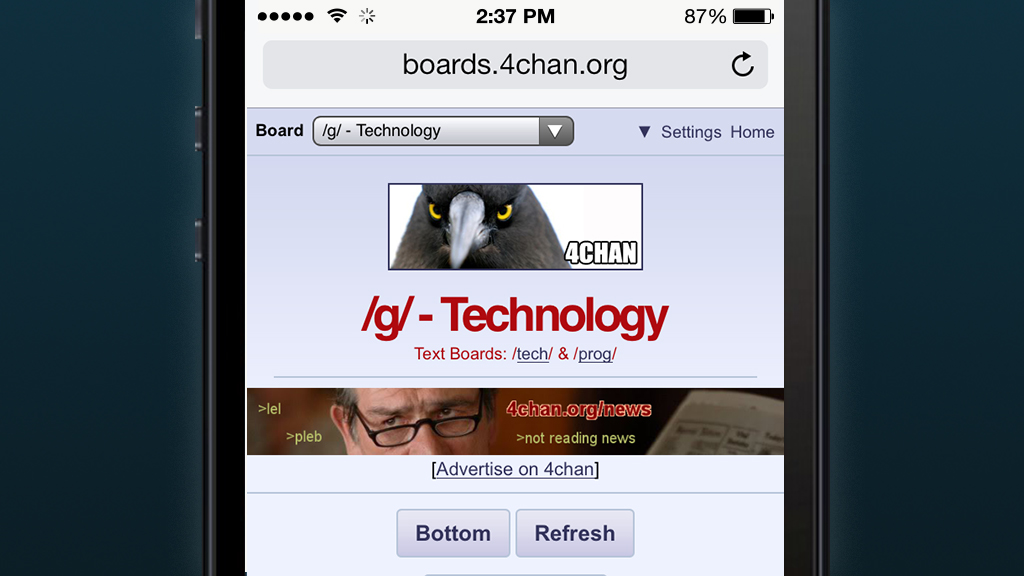 (CNN) — Kelly Simpson was a cyberbully.

In middle and high school in Mauldin, South Carolina, Simpson was an early adopter of AOL Instant Messenger and other chat programs, and she used them to needle and taunt her friends and classmates.

For a long time, she thought nothing of it.

“It was kind of pervasive at my school,” Simpson, now 27, recalls. “We didn’t think it was a big deal.” She was just the classic “mean girl,” she says.

Among her recreations was sending links via AIM to a now-defunct trolling website called crush007.com, which collected personal information through questionnaires — and then sent it to people mentioned in the survey. Given that the questions were about secret crushes and sexual habits, the results were often highly embarrassing. For example, one of Simpson’s targets, who had just moved away from South Carolina, was revealed to be bisexual — news that quickly made the rounds at his old school.

It was all amusing to Simpson and her friends until someone hacked into her account, revealing her own secrets — love triangles and buried feelings, all the “major high school girl drama,” says Simpson.

Suddenly she was ostracized and alone.

“I lost all my friends, and as my friends were pretty much my identity, I was at the end of my rope,” she says. “I had nothing left.”

Looking back, Simpson — now a student at a Massachusetts seminary — realizes it seems silly. But she knows how hurtful such acts can be when you’re an adolescent.

“As adults we look at things and think, ‘Oh, they’ll get over it,’ ” she says. “But we don’t realize that this is their world. This is their life. And their life is over when they lose their friends.”

Is this what justice looks like in the Internet age? Given the Wild West nature of the Web, with its anonymous social media trolls and a hodgepodge of laws governing online speech, some people believe that authorities aren’t doing enough to crack down on bullies.

Anonymous, the hacking collective, has been particularly active in rape cases related to cyberbullying, including that of Amanda Todd, a Vancouver, British Columbia, girl who committed suicide in 2012 after a topless photo of her led to teasing and abuse at school, and the case of Daisy Coleman, a Maryville, Missouri, high schooler who says she was raped by a local football player.

But other citizens have gotten involved, too.

In 2007, Lori Drew — whose creation of a MySpace account for “Josh Evans,” a fictitious 16-year-old boy, resulted in the suicide of 13-year-old Megan Meier — became the focus of national outrage and cyberattacks after her name was revealed by some online amateur detectives. Drew was acquitted of charges in 2008 and has since moved away from the St. Louis suburb where she lived down the block from the Meier family, but her acts still invite anger years after the incident.

But Tina Meier doesn’t believe that vigilantism is a solution.

Meier, Megan’s mother, now runs the Megan Meier Foundation. Its goal is to promote awareness of bullying and “promote positive change to children, parents and educators in response to the ongoing bullying and cyberbullying in our children’s daily environment,” according to its mission statement.

Meier admits it has been a challenge to look forward. When the MySpace account was first traced to Lori Drew, she says, “I felt that vengeance.”

She remembers appearing on Bill O’Reilly’s Fox News show and being asked what she thought of the attacks on the Drews.

“At the time, it was very, very hard for me to have an ounce of sympathy,” she says. And she understands the impulse that prompts people to seek what they believe is justice in an unjust world. But, she adds, over time she has come to believe that such acts simply feed a cycle of violence and pain.

She compares it with standing up for people who are being victimized.

“I talk about this — we want those bystanders to be ‘upstanders.’ Stand up when you see somebody ridiculed or made fun of,” she says. “But what it means is to stand up in the right way. If you go out there because you’re protecting them and you punch the other person, you might feel good for a minute because you did the right thing by standing up, but now it’s caused more violence.”

‘Another type of bullying’

There’s certainly no shortage of anger on the Internet, some of it driven by easy online anonymity. (Just read the comments to any CNN.com story.) As Lesley Withers, a professor of communication at Central Michigan University, said in 2008, “In the (pre-Internet era), you had to take ownership (of your remarks). Now there’s a perception of anonymity. People think what they say won’t have repercussions, and they don’t think they have to soften their comments.”

But experts are unsure if cyberbullying is on the rise, or if there’s simply more attention given it nowadays.

“I think it’s a hard question to answer,” says Robin Kowalski, a psychology professor at Clemson University who specializes in the study of cyberbullying.

There are a lot of factors, she points out: the age of your sample, the size of the sample, the technologies used, a whole list of variables.

That said, she believes bullies leave themselves more open to vigilantes than they may think. After all, the same impulses that allow for cyberbullying — the anonymity, the lack of face-to-face contact — also allow for cybervigilantes to exact revenge.

The two, she argues, aren’t so different. Vigilantism, she says, “can be just another type of bullying.”

In this day and age, a record of such abuse may linger. The Internet, after all, is forever — though teenagers and young adults often don’t realize that.

“How do you get a 13-year-old whose frontal lobe hasn’t developed to the point where it can truly anticipate consequences, how do you get them to really understand that?” asks Kowalski.

She wishes that more people would follow in Tina Meier’s footsteps.

“Rather than people attacking perpetrators online, I’d like them to invest that effort in trying to educate people in what bullying is, or cyberbullying is, and more productive ways to deal with it,” she says.

Reaching out to others

Tammy Simpson puts the tension between bullying and vigilantism in even more basic terms: Two wrongs don’t make a right.

Simpson (no relation to Kelly Simpson), a mother from Mount Pleasant Mills, Pennsylvania, lost her 14-year-old son Brandon Bitner to bullying in 2010. Brandon was a shy, artistic child who played violin (which prompted taunts of “sissy”) and decided to adopt a goth look in high school, dyeing his hair and painting his fingernails black.

Outwardly, says Simpson, Brandon was generally fun and upbeat. It was only after he killed himself by stepping in front of a tractor-trailer — he walked more than six miles in early morning darkness to do so — that she found out about the “relentless” bullying he endured at school. He’d left a suicide note on his computer asking that his experiences not happen to anyone else, and his friends told Simpson what had been going on in school.

The message she has taken from his death, she says, is to reach out to others.

“From the day that Brandon died, I took it upon myself to go out wherever and speak, and I tell Brandon’s story,” she says. “And once I tell Brandon’s story, people realize what happened was because he wasn’t accepted. I just tell them acceptance is the key. It starts at home — it starts with the parents — but it can start with you. You can stop the cycle.”

It’s a hard point to get across, especially given the messages we get from entertainment, points out Patrice Oppliger, a professor at Boston University’s College of Communication who studies portrayals of bullying in the media.

Even a movie about bullying, such as “Mean Girls,” based on the book “Queen Bees and Wannabes” by Rosalind Wiseman, ends up glamorizing bad behavior, she says.

The book, she points out, is a helpful guide to relationships between girls; the movie, on the other hand, showed “the positive side of being a mean girl,” she says.

“I left the movie wanting to be a mean girl,” she says. “Everybody was mean to each other. And there was this sort of fake resolution at the end, where the next group of ‘plastics’ came in. So this is going to be a never-ending circle.”

There are moves to crack down on bullying and cyberbullying. Forty-nine states — all but Montana — now have laws against school bullying, says Clemson’s Kowalski, and more than 35 have some kind of law against cyberbullying. Facebook and Twitter have instituted policies against abuse.

Moreover, there are more programs such as Meier’s and Tammy Simpson’s that educate students and parents about bullying and how to counter it.

Stopping bullying and vigilante reactions remain a challenge, however. Children and many adults lack impulse control, a huge flaw when dealing with the immediacy of the Internet. The Net itself is a wide-open place, full of opportunities for mischief in a way that one-on-one contact doesn’t allow.

It’s also hard for many people being bullied to talk to authority figures.

Kate MacHugh, who was bullied in high school, says she couldn’t even talk to her parents, though her mother is a social worker and her father is a therapist. Schoolmates were spreading rumors that she had slept with the football team or sending messages she should kill herself, she recalls, but she was “embarrassed” to bring it up.

“I didn’t know how to have that conversation with them,” she says. “I wasn’t emotionally mature enough to do that.”

MacHugh, 24, now a social worker herself in her native New Jersey, has written a book, “Ugly: The Story of a Bullied Girl.” She believes that children have to be taught empathy — and it has to begin very young.

“It’s a tough thing to try to instill (empathy) at 15 years old,” she says. Moreover, she says, she’d like to cut down on Internet anonymity. “It’s cowardly and pathetic to go online and pretend to be someone else just to say hurtful things,” she says. “If you have a problem with me, call me (directly).”

Adds Tina Meier, “If you’re an empathetic person, and you truly do care about what other people go through, you’re more likely to step up to have some sort of understanding and sympathy for a person who’s struggling. You’re not as prone to jump into the mix of something when other people are jumping on that person.”

“I think our world is filled with so much stress and so much pressure that sometimes people are on the edge of just exploding, and when they find an opportunity to lash out, and they feel there’s justification, they feel I’m standing up for that person,” she says.

“At the end of the day I realize we can’t save the world,” she adds. “The way we make our mark is doing one school, one community, one parent group, one area at a time to truly hope it has that ripple effect.”