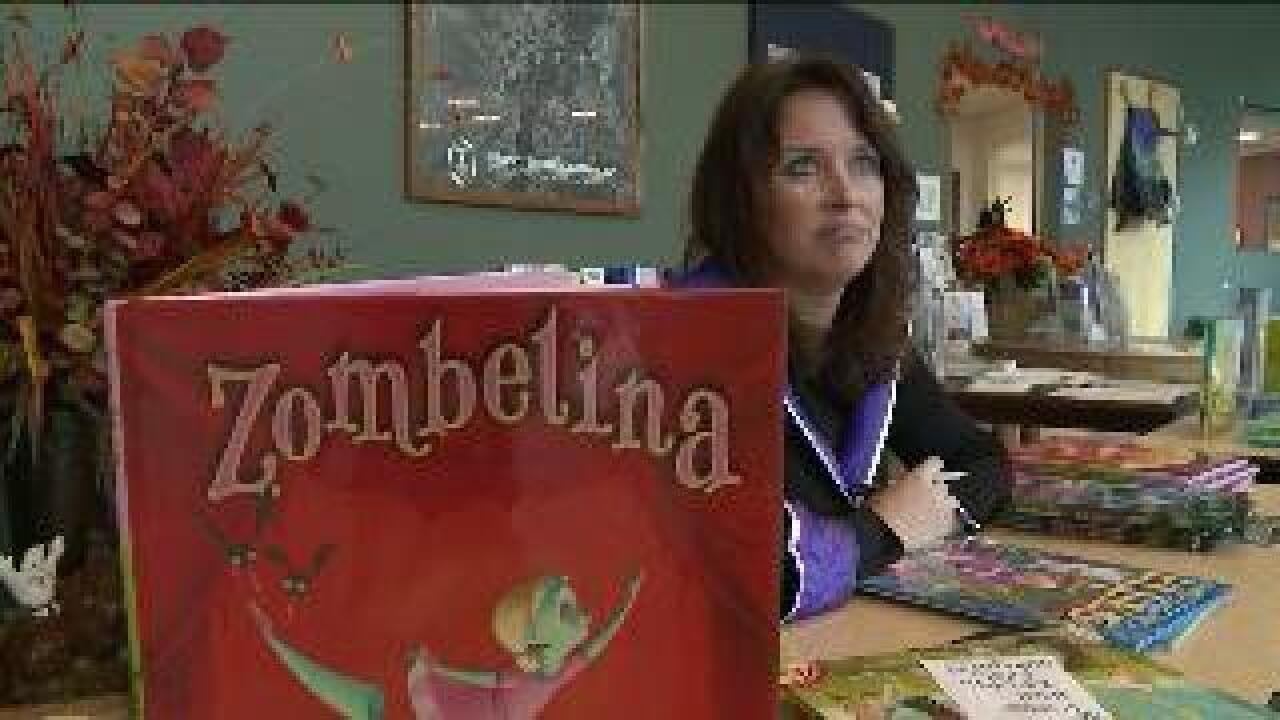 LAYTON, Utah -- A children's book author from Layton is getting some national attention for her Halloween books.

Kristyn Crow said kids love stories about the supernatural, and she finds they tend to creep-up faster on the best-seller’s lists.

Crow is known for her rhyming picture books – the latest is called “Zombelina” and is a story about a zombie girl who overcomes stage fright.

“I think Halloween just lends itself to some really fun characters,” Crow said. “You can have a skeleton cat; you can have a zombie or a monster. Kids love those kind of spooky, but not too-scary, creatures.”

The New York Times praised “Zombelina” along with several other book reviewers.

Crow said it's nice to get the recognition for years of hard work, but her goal is to inspire children.

“Looking at those little kids [at the book reading] and thinking maybe one of those will be an author someday, or that I could say something to encourage that,” Crow said.

Crow said she'd like to flip to the next page in her career and write a novel, but she's not ready to give up the picture books just yet.