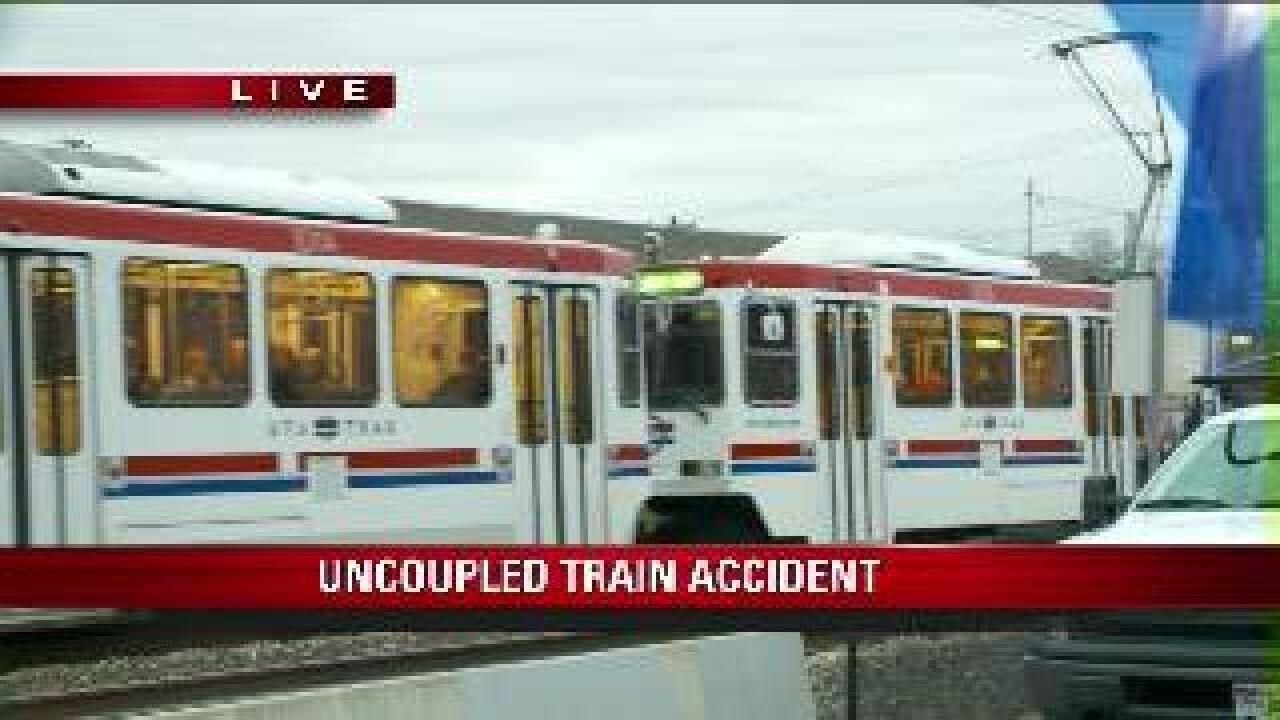 MIDVALE, Utah -- Unified Police are investigating a TRAX train derailment that happened after a train car became decoupled, and another train slammed into it.

The derailment happened in the area of 8000 South and 125 East in Midvale Tuesday night.

Remi Baron, UTA spokesman, said one train car uncoupled as a second train approached from the rear. The driver of the second train was unable to stop in time to avoid a collision and hit the train.

The conductor of the train that hit the decoupled train was treated at the scene for minor injuries. Two passengers were taken to area hospitals to be treated for non-life threatening injuries.

UTA employees are currently working to clean up the scene. Officials said there's about a 15 minute delay on the northbound blue line, but trains are running.

FOX 13 will update this story with more details as soon as they become available.