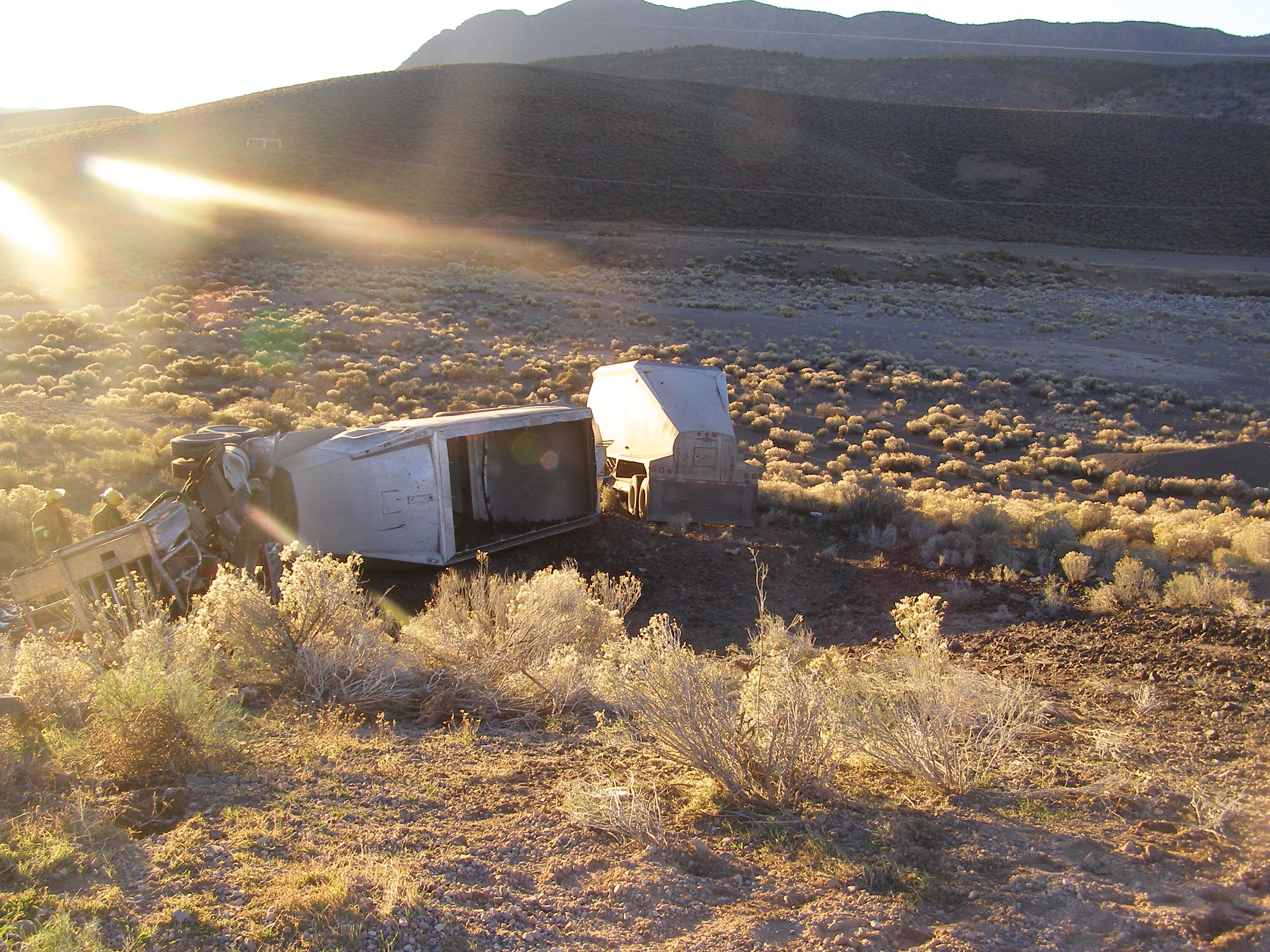 IRON COUNTY — A Glendale woman was killed after rolling a semi-truck that was pulling two coal trailers in Iron County Monday afternoon.

Kaynita Spencer, 47, was traveling west on State Route 20. Witnesses state that the truck was having brake problems and that they were smoking for several miles, Utah Highway Patrol officials said.

Spencer attempted make a left turn off of SR 20 onto the west frontage when the truck overturned and rolled off the west side into a pit, UHP officials said.