Sinkhole in Florida swallows up house, threatens others 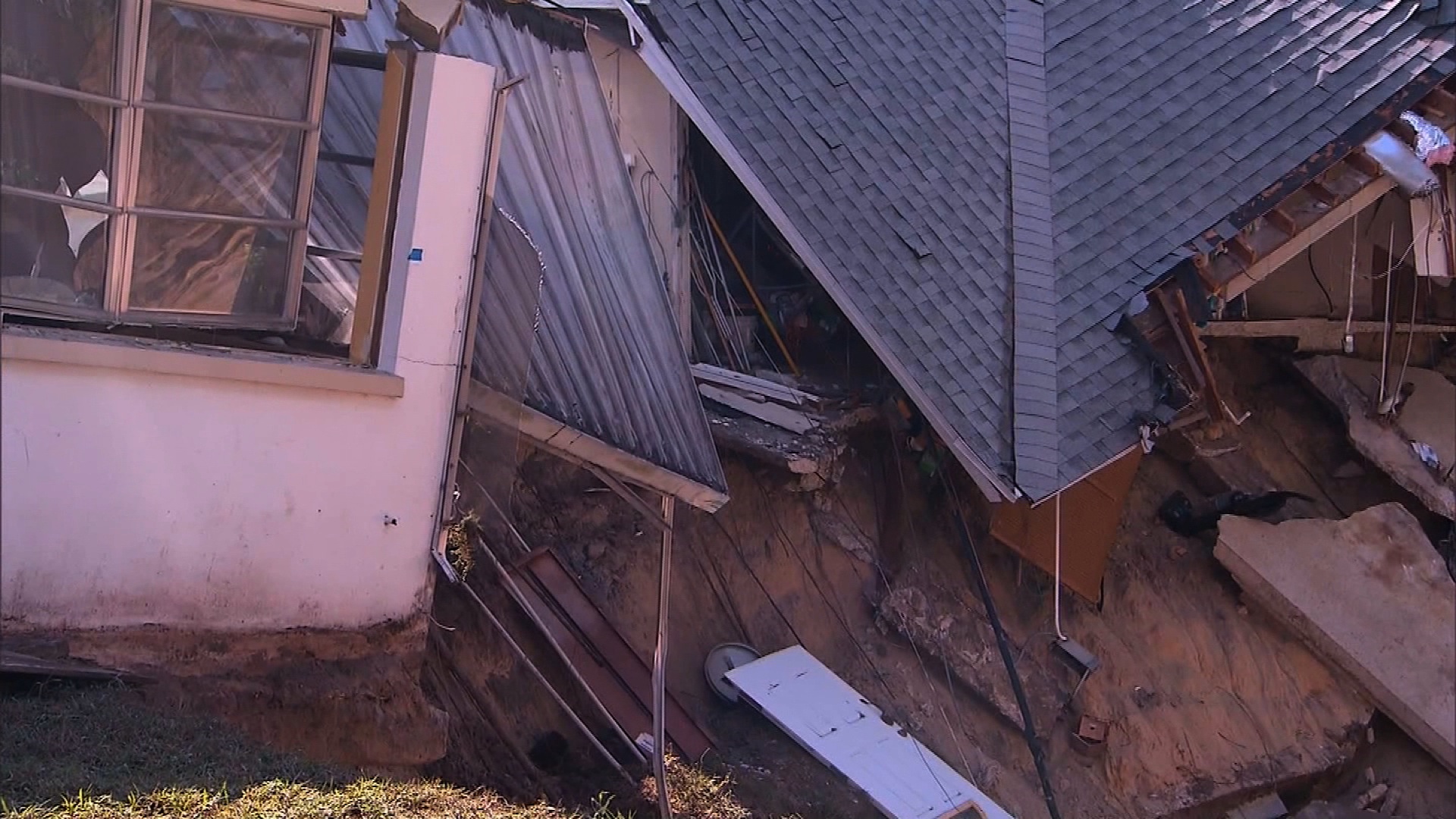 DUNEDIN, Florida (CNN) — Michael Dupre, his wife and his daughter made it out of their Dunedin, Florida, house after noticing its screened-in room plunging into a pit in the ground.

His wedding ring did not.

As the family stood outside early Thursday, a firefighter buckled herself up, smashed a window, then snatched the ring from a desk in Dupre’s office.

“And a few minutes later, the whole thing collapsed back down there,” he said.

Sinkholes like this one in Dunedin, a city of about 35,000 people just north of Clearwater, are hardly rarities in Florida. Hundreds pop up in the Sunshine State each year, like the one in August that gobbled a condo building in the town of Clermont.

Dupre not only knew of the dangers, but he also was doing something about them. After spotting “a few little hairline cracks,” he contacted his insurance company and, after a lot of back-and-forth about what to do, had workers come to his western Florida house over the last few days to start stabilizing the ground.

“We were actually planning …, when the whole repair was done, to put a pool in the backyard,” he said, noting he’d already gotten estimates. “That (hope) is over.

“We thought it was going to get fixed. And unfortunately, it’s not.”

All those plans changed after his daughter came into his bedroom before dawn Thursday, saying, “Daddy, somebody is trying to get our house!”

Dupre said he first dismissed the thought, thinking it was the wind, but then he heard a loud crack.

After seeing what had happened to their screened-in room, Dupre told the rest of his family to grab some clothes and get out of the house, then called 911.

They haven’t been back inside, with Dupre saying he expects only firefighters — like the one who rescued his wedding ring — will go in, if it’s even safe enough for them.

As of Thursday afternoon, the sinkhole that enveloped Dupre’s home and badly damaged another was 70 to 75 feet wide, 50 feet deep and growing, according to Dunedin Fire Chief Jeff Parks. Seven homes in total were evacuated.

But the hole shouldn’t be like that for long.

“The plan now (is) to fill the hole tomorrow,” Parks said, “before some rain is expected this weekend (that may) make it a lot worse.”

The Dupres won’t be able to go back into their home at that point, however. They will be staying at a Holiday Inn Express that graciously put them up for two nights, then asking friends to let them stay over until they figure out what to do next.

CNN’s Greg Botelho and AnneClarie Stapleton contributed to this report.