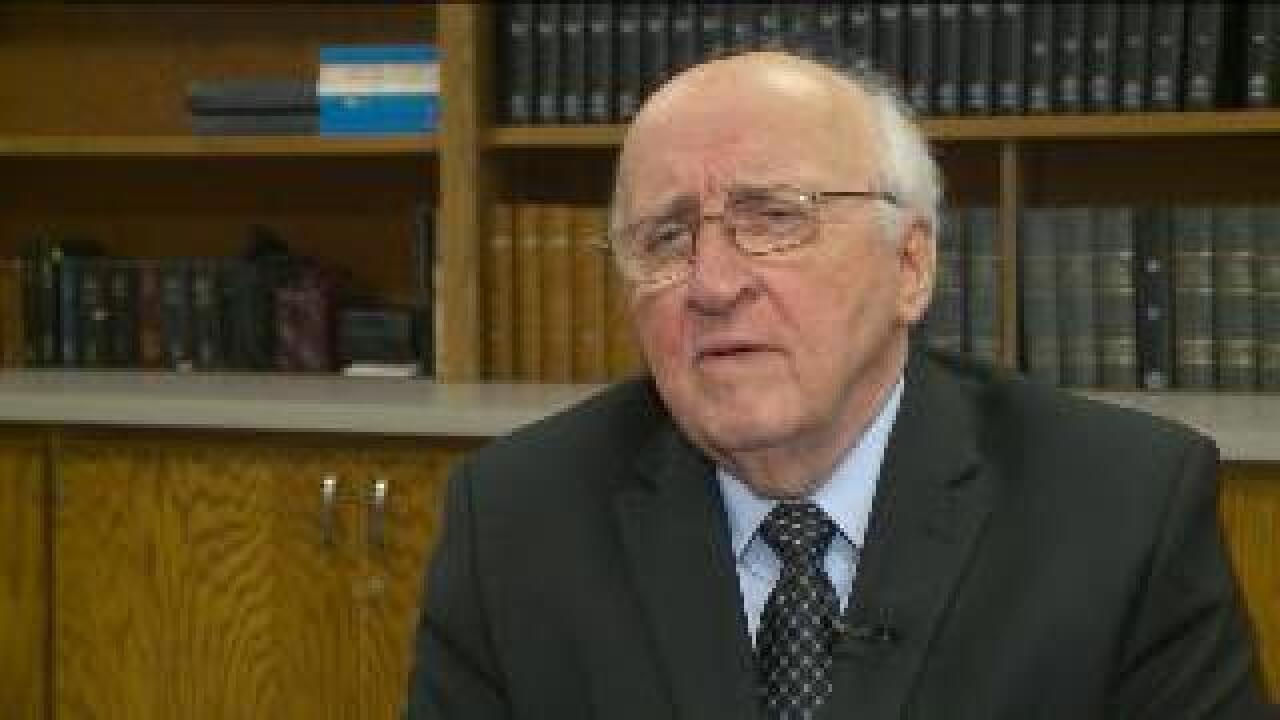 PROVO, Utah -- More than a thousand students packed the multipurpose room at the LDS Institute at Utah Valley University to listen to Evangelical Philosopher Richard Mouw.

"It's not a question as to why we should talk. We talked for 150 years or so, but we yelled at each other a lot," Mouw said.

The author and former president of Fuller Theological Seminary in Pasadena has been active in dialogue between Mormon's and evangelicals for years.

In 2004, while introducing evangelist Ravi Zacharias at the Salt Lake Tabernacle, Mouw famously apologized for the sins evangelicals had committed against Mormons.

"I came out of that with a lot more Mormon friends and a lot fewer evangelical friends," Mouw said. "That didn't surprise me because we have a long history of classifying Mormons as one of those cults."

UVU has become a center for such interfaith dialogue in recent years. Just this year, the Orem University has hosted a Jewish-Mormon dialogue, a speech and dialogue with Catholic Bishop John Wester, and another with Laurie Goodman, the New York Times Religion Correspondent.

"We want a deeper level of understanding, not only across religious lines, but across cultural lines, sexual orientation, class, educational opportunity," said Brian Birch, Director of UVU's Religious Studies Program.

Birch said Utah is fertile ground for such dialogue because of a built-in interest in religion.

The Church of Jesus Christ of Latter-day Saints has encouraged such dialogue. Two members of the Church's First Quorum of the Seventy, L. Whitney Clayton and Paul V. Johnson, attended the Institute and ate lunch with Mouw.

"I've sensed in recent years on the same-sex marriage question and same-sex orientation that each of us is trying to find a different voice. A more pastoral voice," Mouw said.