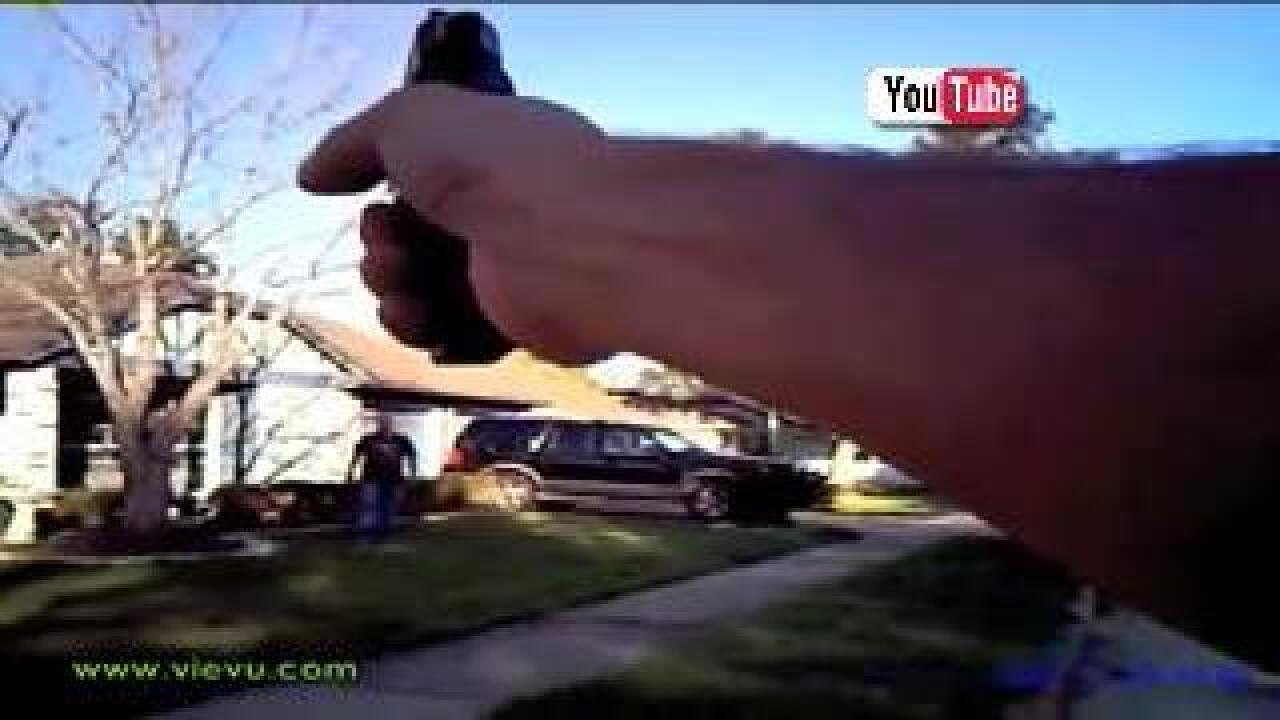 PARK CITY, Utah -- Smile: If you're pulled over in Park City, chances are you're being recorded on new body cameras.

As a way to combat complaints and update technology, Park City is following a growing trend.

Police officers in several Utah departments are recording encounters with citizens and suspects from the officer’s perspective.

"Anytime I want to turn it on, I just pull the lens cover down," said Sgt. Barry Robinson as he demonstrated activating the camera.

It’s  a chest-level camera made by Vievu and paid for with state and federal grants.

"If you see green, (pointing to a decal) the camera is turned on,” Robinson said.

Most of the department's 31 officers will have them for high priority calls, and, according to Sgt. Robinson who supervises the patrol division, "We see it being used on most traffic stops.”

"It gives me a first-hand view of what's going on with that officer,” Robinson continued. “If a complaint comes in about one of my officers, rather than just go by what people are saying to me or in a report, I can go see what situation that officer was in at the time."

"We are probably one of the smallest agencies to have them right now, only 7,500 people in town, but we do 265 special events a year,” Robinson said. “We have a large commuting population that's in town every year."

The other advantage, the sergeant said, is that the cameras can also be mounted in squad cars.

For Park City, those body cams may replace some broken down dash-cams that record in VHS.

Rather than spending $3,500 to replace a dash-cam, the department is spending $900 on each of these body cams. They're cheaper, lighter and allow the officer to go anywhere.

Sgt. Robinson admits some fellow officers are concerned big brother's watching, and the ACLU has already told Salt Lake City police they only want cops to keep the video for a month or two--so they're not used for other purposes. But Salt Lake City keeps the footage for a year, and the ACLU may take issue with Park City as well. That department intends to keep the downloaded footage until a case is closed.