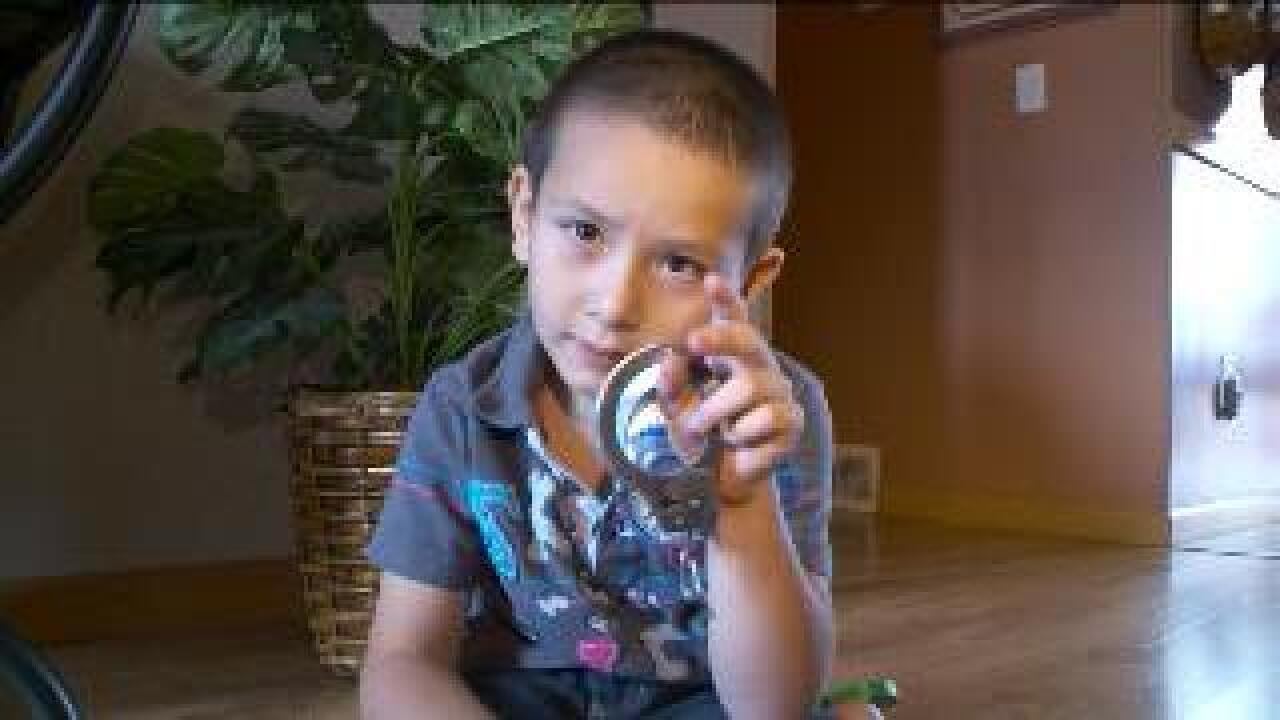 WEST JORDAN, Utah --  A 7-year-old from West Jordan is certain he wants to serve as a police officer when he grows up, and he recently had the chance to meet an officer and get a taste of what it takes to be a cop.

Damon Freeze’s mother, Monica Barroso, said Damon may be young, but he’s confident about his career choice. She said he loves to pretend to be a police officer, even though it can be taxing.

"He has cerebral palsy, so he doesn't walk too much,” she said. “And he gets carried around a lot."

"If that's what he wants to do, we'll support him all the way,” Barroso said.

Morgan Matthews of the Unified Police Department went to meet Damon at his house.

"It was his uncle that had known officer Matthews, and he's the one that set it up for him,” Barroso said.

Matthews said he was happy to help the young man.

“He [Damon’s uncle] said Damon wanted to be a police officer and loves police officers, and if I could come by and visit it would sure make his day,” he said.

Matthews has served for about 10 years, and he said opportunities like this one are among the most rewarding parts of the job.

"When you know you make a difference in somebody's life by putting smile on their face, it makes it even more worth it to be a police officer,” he said.

"When he's ready in a few years, I'll definitely be one of his top supporters,” he said.