Hundreds rally in support of expanding Medicaid in Utah 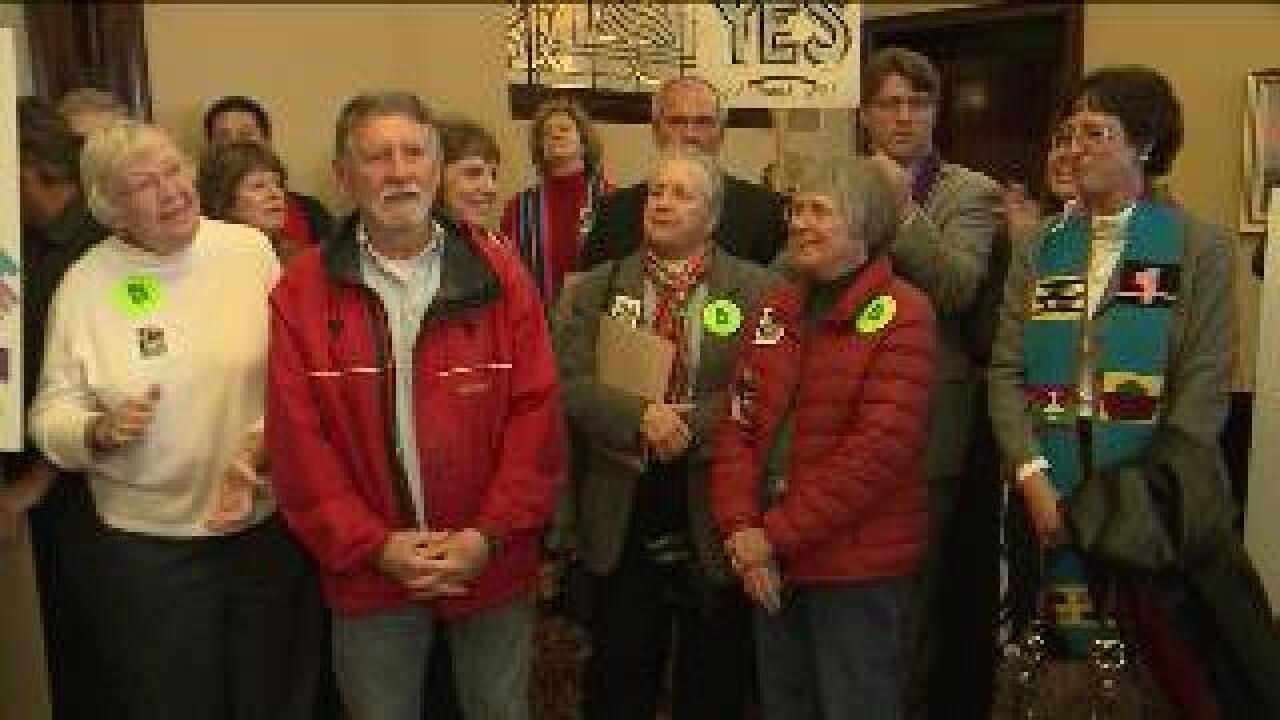 Many at the rally said the government programs that have helped them until now will no longer be available on January 1 because the ACA assumed an expanded Medicaid program would be universally available.

Jennifer Ericksen is on a program called the Primary Care Network that pays for four prescriptions a month.

The National Association of State Legislatures said 21 governors, all Republicans, have turned down Medicaid expansion money, while Herbert is one of three governors to remain undecided, though some prominent national non-profit websites including the Kaiser Family Foundation list Utah among the states to turn down the money.

Medicaid expansion was initially mandated as the portion of the Affordable Care Act that guarantees insurance for Americans with incomes at or below 133 percent of the federal poverty level. That is just over $15,000 a year for an individual, and more than $30,000 for a family of four.

The U.S. Supreme Court changed nature of the expansion in May when it decided the ACA was constitutional but it was unconstitutional to force states to expand Medicaid.

Medicaid, in its current form, is state-administered but funded with a formula that includes more federal than state dollars.

Under the ACA, the expansion would be entirely funded by the federal government for three years, and 90 percent funded federally thereafter.

But many Utah leaders, along with conservative politicians in many parts of the country, are skeptical the federal government will, or even can, adhere to that promise.

"We have to look at our budget and the financial and fiscal responsibility of the state." said Representative Mike Noel, R-Kanab.

Noel said he's also still undecided because he recognizes the problems with the current system.

"There are people in my own community that are in that situation that are uninsurable," said Noel before expressing skepticism in the promise of the ACA, "but we have to pay the bills. If we can't pay the bills, what do we do?"