SOUTH SALT LAKE CITY -- Police are searching for a suspect who allegedly tried to burglarize a sandwich shop on Nov. 12.

Officers said a surveillance camera caught the suspect trying to break in at the East Coast Subs shop located at 3490 South State Street.

Police said the video shows a man in a Range Rover pull in and park behind the business. They said a man got out of the vehicle and used a crowbar to try and pry open the back door. He left after several attempts to get the door to open.

The suspect is described as a white male with short dark brown hair that is balding on top. He was last seen wearing a black jacket, dark shirt, dark pants and a belt hanging out below the jacket.

The vehicle is described as a black 1998-2002 Range Rover with a push bar on the front, roof racks and a temporary tag on the upper left of the rear window. 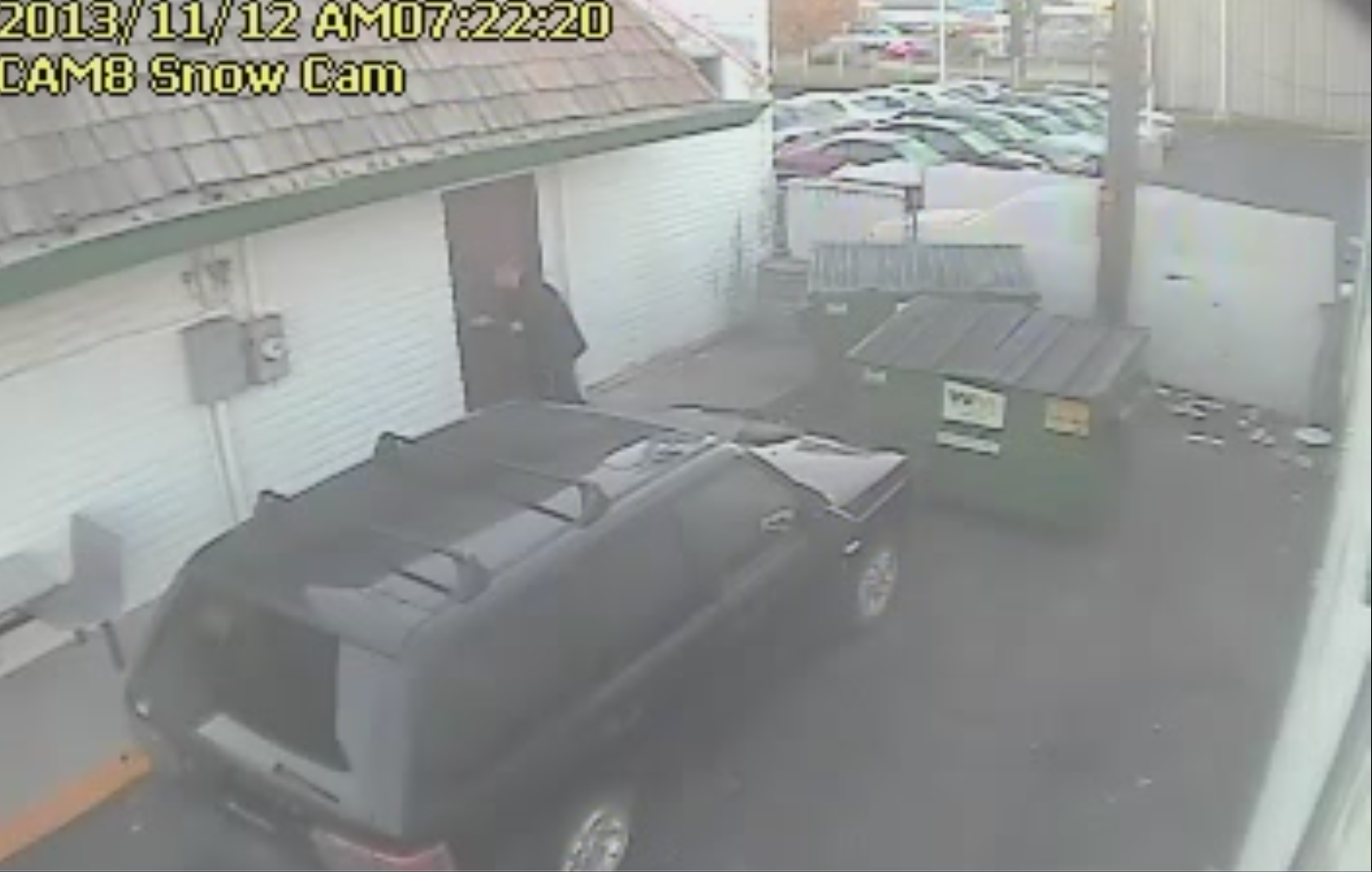