Kin to killers of family found dead in desert: ‘You guys are cowards’ 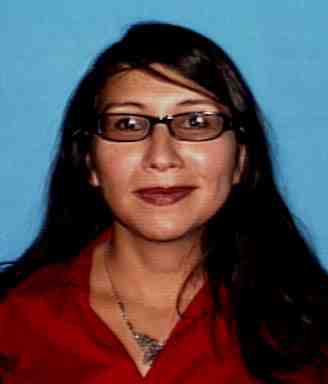 By Randi Kaye and Greg Botelho

To his brother, Joseph McStay. His sister-in-law, Summer. His two nephews, 4-year-old Gianni and 3-year-old Joseph Jr. All four ended up here, in an unincorporated area north of Victorville, in a pair of shallow graves, for reasons no one has been able to explain.

There’s no bringing them back. But Mike McStay promises they will get justice, once their killers are found.

So who are the culprits? Why did they kill the McStays? And how did they end up here — the husband and wife in one grave, their two sons in the other — their bones visible in the dirt to a motorcycle rider going through?

All good questions without answers, officially at least.

In February 2010, the McStays had a busy but seemingly happy life in Fallbrook, a community of about 30,000 people about 18 miles from the Pacific Coast and 50 miles north of San Diego.

In addition to chasing after their two little boys, Joseph and Summer — who married three years earlier — were remodeling their home.

“They were happy,” Mike McStay told HLN’s Nancy Grace earlier this month. “And that’s part of the mystery.”

The last documented sighting of them was February 4, 2010. The family’s locked, abandoned Isuzu Trooper was located four days later in San Ysidro, California, having been towed from the Mexican border.

Did they cross over? Surveillance video taken that night shows a family fitting the description of the McStays walking into Mexico. But it has never been confirmed it was them. Or, if it was, that they ever came back. Mike McStay, for one, says he doesn’t believe this video shows his brother.

“That’s certainly part of this huge puzzle,” San Diego County Sheriff’s Department spokeswoman Jan Caldwell said of reports that the family crossed into Mexico and ate dinner and drank cocktails there. “What happened here? Was that part staged? Did they actually cross into Mexico?”

Caldwell added, “We still think that there’s a strong possibility that they did. When did they come back? Were they under duress? I mean, these are all questions that we we want to find out.”

On February 15, relatives called the sheriff’s department to report the family missing. At the home, there were eggs on the kitchen counter, bowls of popcorn in the living room, and two dogs.

But no trace of the McStays.

The next three years were filled with speculation, fear and hope. Rick Baker published a book, “No Goodbyes,” on their plight. Mike McStay and other family members tried to keep the case alive.

Then came the call to the San Bernardino County Sheriff-Coroner Department around 10 a.m. on November 11.

A motorcyclist said he had spotted skeletal remains in a sandy, scrubby High Desert area between Quarry Road and Interstate-15, the highway Angelenos take to get to and from Las Vegas. Otherwise, though, it could well have been considered the middle of nowhere — some 105 miles north of the McStay’s hometown of Fallbrook, and 160 miles north of San Ysidro.

Four days later, the sheriff’s identified the victims as the McStays.

The San Bernardino Sheriff’s Department has deemed their deaths homicides, but it did not give a cause in order “to protect the investigation.”

“Every available resource will be utilized in this investigation to identify the suspects involved in this heinous crime and bring them to justice,” said Sheriff John McMahon.

Their bones gone, large crosses now mark the spot where the McStays ended up. Approaching their makeshift grave for the first time, Mike McStay said what he sees indicates to him that the guilty party knew what they were doing.

“You see how this is kind of sunken down?” he said. “It gives you a little cover from the road. Somebody had to know the area, had to know you needed a four-wheel drive.”