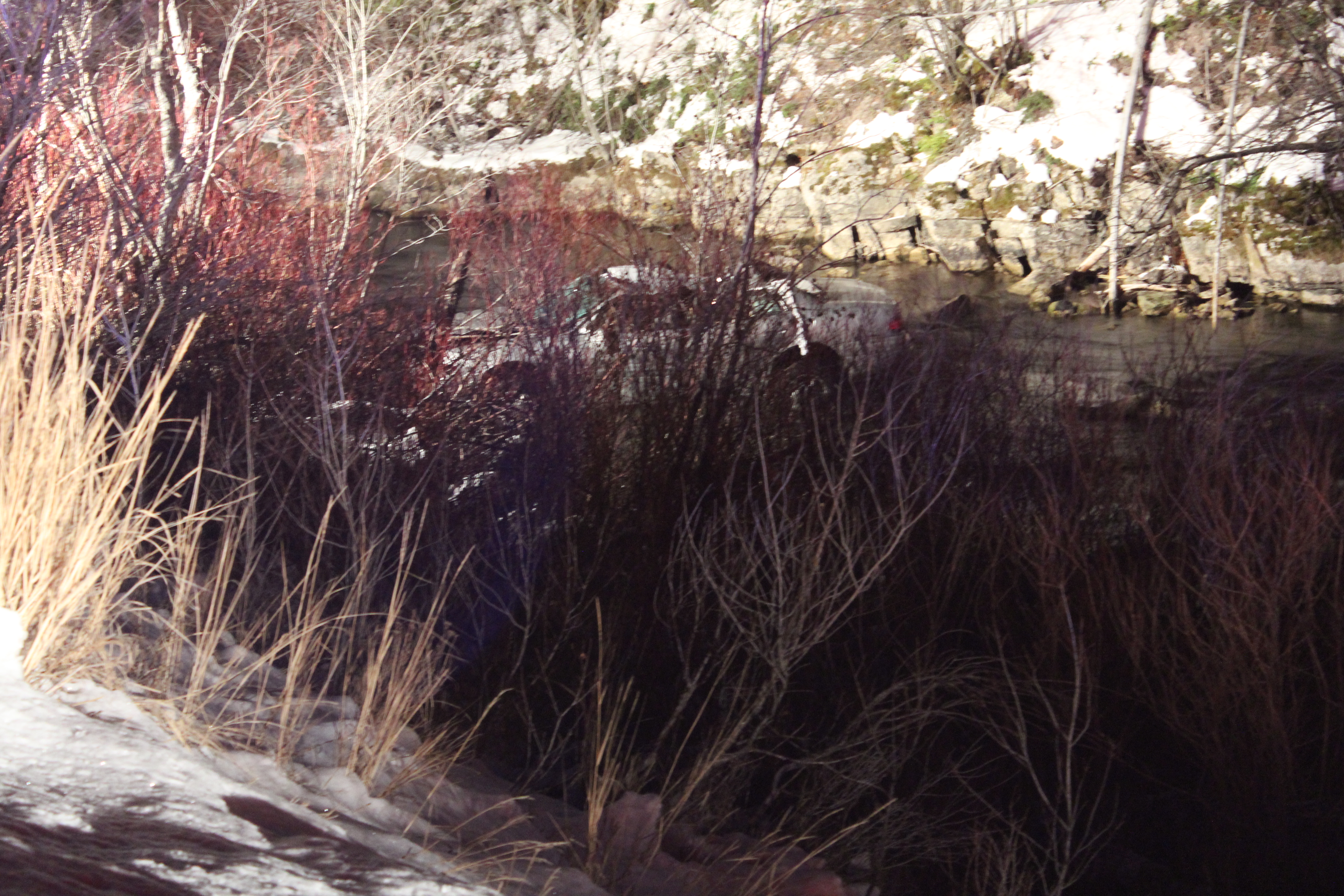 CACHE COUNTY -- A series of crashes in Logan Canyon on Tuesday night sent one car into the Logan River, killing the driver.

The victim has been identified as Gordon Larson, 90, of Tremonton. According to Utah Highway Patrol, he was found inside his car, partially submerged in water.

Authorities said Larson likely went off the roadway shortly after two men nearly did the same nearby, just south of Temple Fork Road, near mile post 476.

“We saw a tree over to the left, and we just barely missed it. And that’s the last thing I remember really,” said Brenan Roberts, who was a passenger in the first accident.

According to Roberts, around 4:30 p.m., he and a friend were traveling along the road when another car ahead of them began to spin out of control. When they tried to slow down quickly, Roberts said they slid off the icy road.

“We just kept sliding and slid off the corner and rolled,” Roberts said, “We both went unconscious a little bit, not really there. We crawled out the window when we came to, and we ran up on the road to slow people down.”

But nearby, another accident was stopping traffic, as someone spotted Larson’s vehicle floating upside down in the river.

“A passerby noticed the tracks go through the snow and down over the hill,” said Sgt. Cade Brenchley of Utah Highway Patrol.

The person ran to get help, and within minutes, several people were jumping into the water. Together, they were able to flip over Larson’s car.

“It’s pretty impressive, not only that they were willing to attempt to do that to try to help their fellow man, but to just be able to do it from a physical standpoint,” Brenchley said. “It’s impressive.”

Despite their efforts, Larson was already dead. Authorities towed his car out of the water several hours after the accident.

The site of the crash is not an unfamiliar one for police. Last January, three miles from Tuesday’s crash, a car carrying three children slid off the road, into the water. The family inside was rescued. However, the accident prompted officials to construct a barrier along the section of the road where it occurred. The divider does not extend to the area where Larson’s car crashed.