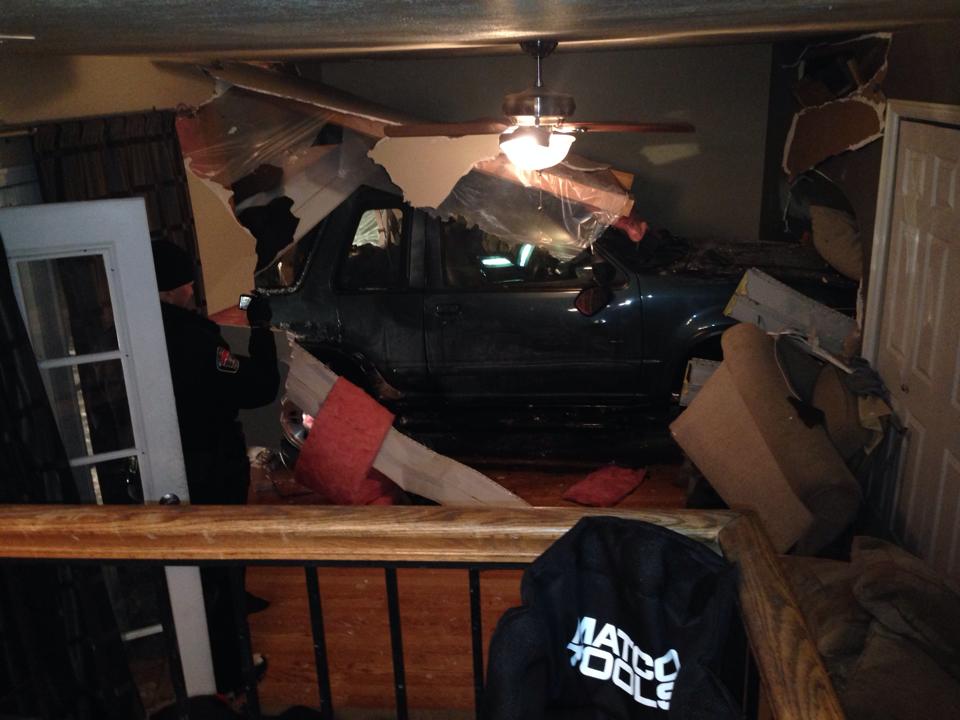 WEST VALLEY CITY – A car crashed into a home in West Valley City early Sunday morning, and the winter weather may have been a factor.

West Valley City police officials said the vehicle was traveling eastbound on 3100 South when the driver lost control and hit a home at 5781 West and Festival Drive.

Police said the family had been sitting in the living room of the home moments before the crash, but they had finished watching TV and gone upstairs about 5 minutes earlier. There were no injuries reported.

“Due to the slick road conditions lost control, bounced off of a pole over there and then went up across the grass and into the backyard of this house and into the living room,” he said.

The crash remains under investigation, and an estimate of the damages to the home has not been made.