Woman rescued out of avalanche 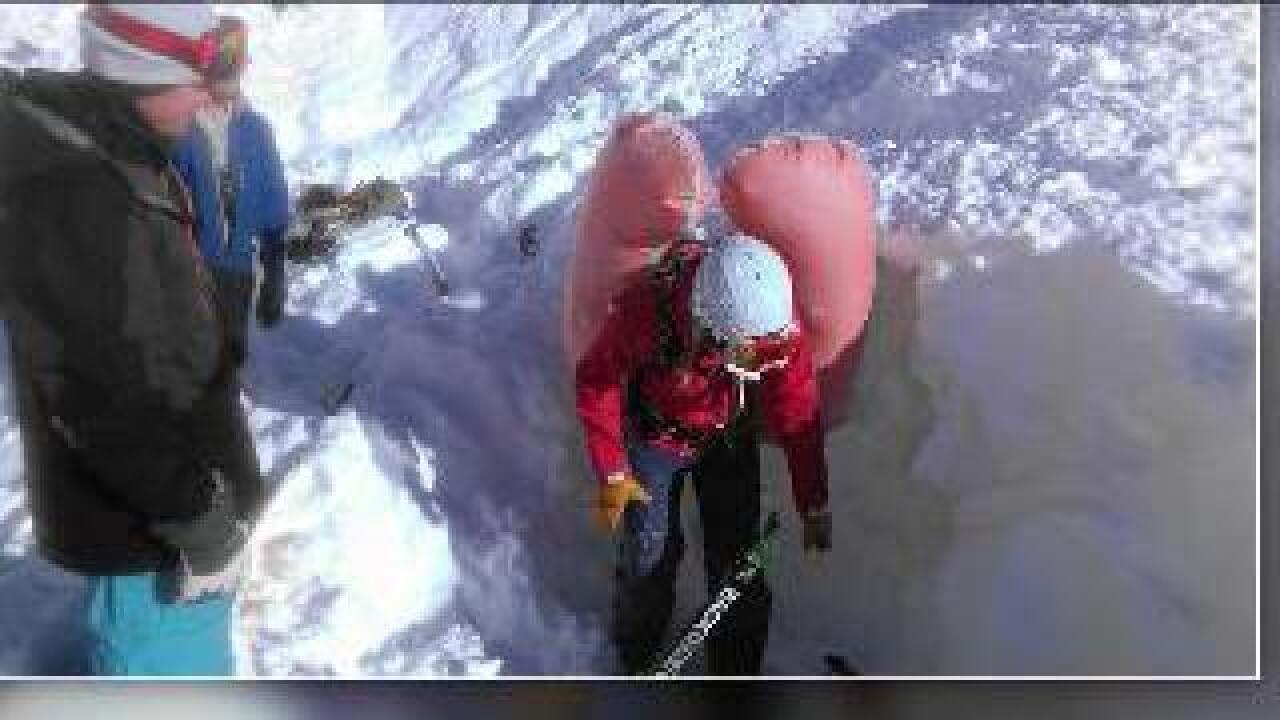 Editor note: The video of the avalanche in the news report clip above is the complete video provided, it was not edited by FOX 13.

SALT LAKE CITY -- Dramatic video shows a woman caught in an avalanche in Little Cottonwood Canyon. Officials with the Utah Avalanche Center say an avalanche airbag helped the victim float closer to the surface and witnesses rushed to her rescue.

It was a case of right place, right now.  Backcountry skiers were snapping photos in Grizzly Gulch, just outside of Alta after spotting an avalanche.  As they were taking the pictures another slide swept a woman, a backcountry skier, and one of the witnesses filmed the slide, which was about 50-feet wide and the length of two football fields.

Fortunately, the victim had an avalanche airbag and deployed it from a backpack.

Had she not had it, avalanche forecasters say she could have been buried one to two meters instead of a foot under the snow, which is how witnesses found her.

"They were in close proximity and got to her very fast.  They were trained in the use of their avalanche beacons.  They got a signal out and struck her with an avalanche probe and between I believe three of them they were able to extricate her in about 5 minutes," said Brett Kobernik, forecaster with the Utah Avalanche Center.

Kobernik said the woman was uninjured and wasn’t hospitalized.  Amazingly, she walked away from the ordeal.

Craig Gordon of the Utah Avalanche Center came to the FOX 13 News studio Tuesday to discuss avalanche safety, see the video below for more information.