Semi on its side slows traffic on I-15 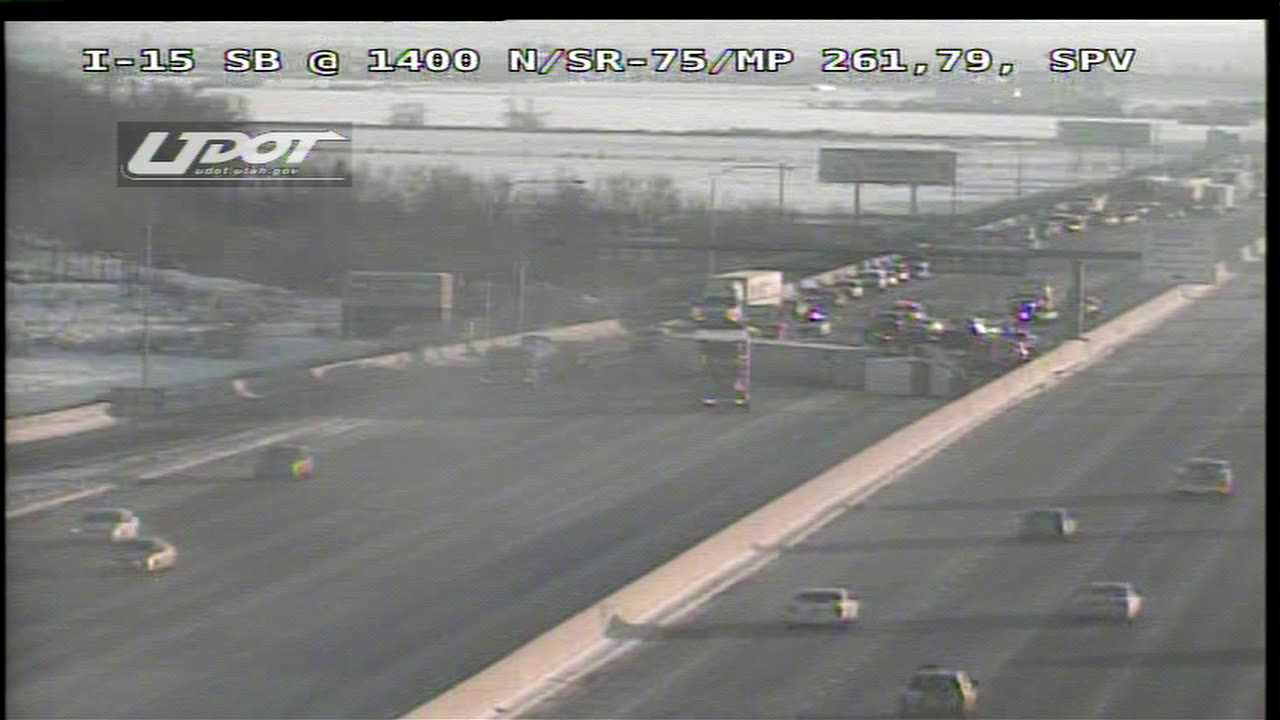 UTAH COUNTY — Traffic is slowed on I-15 in Utah County after a semitrailer tried to avoid a wreck and landed on its side.

As of just after 4 p.m., Utah Department of Transportation traffic cameras near I-15 and 500 North as well as 1400 North near Springville showed the backup of traffic and the overturned vehicle.

Sgt. Todd Royce of the Utah Highway Patrol said a car traveling northbound veered into the left retaining wall, where it bounced off and then moved across the highway to strike the right retaining wall before going back into the flow of traffic. The semitrailer avoided hitting the car, which caused it to roll and land on its side.

Royce said all but one of the northbound lanes is blocked by the wreck, and cars were getting through in that lane. Later Wednesday evening, three lanes were open.

Two of the three women inside the car were taken to a hospital with non life-threatening injuries.

Another truck has been brought to the scene to unload the wrecked semi’s cargo, and the rolled vehicle will be removed from the freeway.