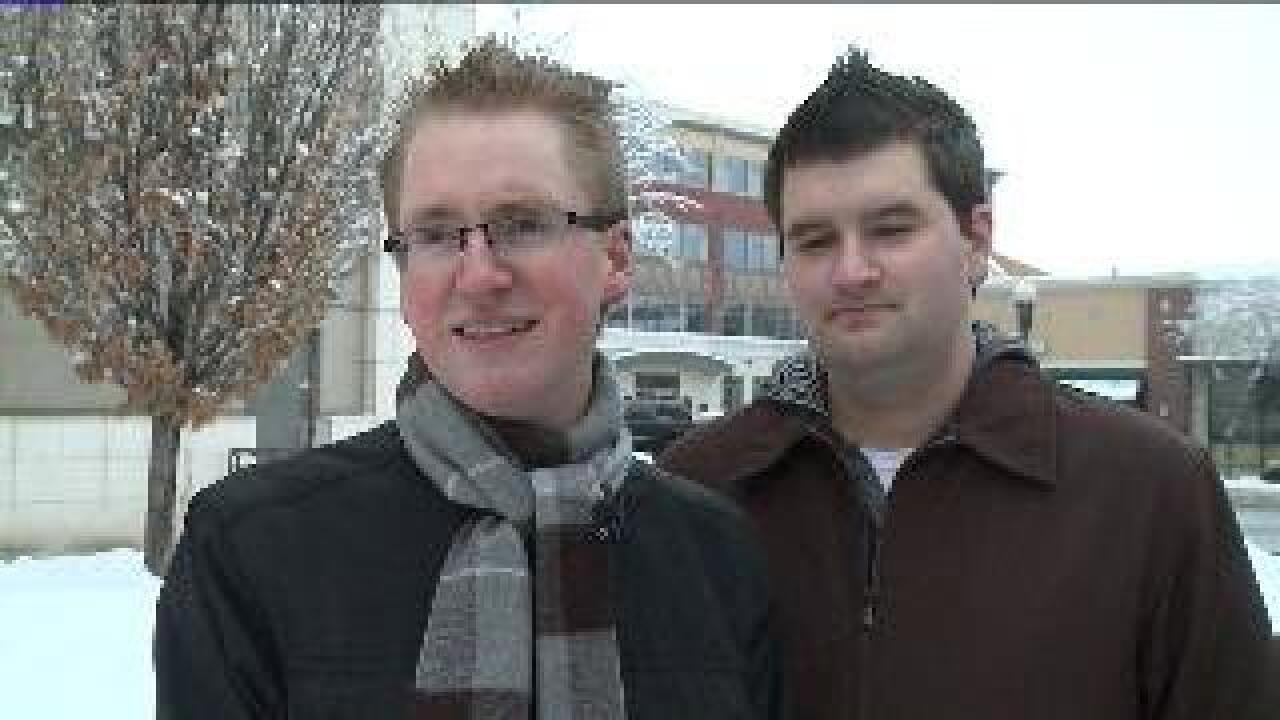 WEBER COUNTY, Utah – There was some confusion in Weber County Saturday after the county clerk’s office was expected to open in order to grant marriage licenses to same-sex couples but did not.

A federal judge ruled Friday that Utah's ban on same-sex marriage is unconstitutional, and same-sex couples rushed to county clerk's offices across the state to get married.

Weber County Clerk/Auditor Ricky Hatch provided a letter to applicants explaining the situation, which was posted on Facebook by Utah Pride and obtained by FOX 13 News.

In the letter, Hatch said he personally apologizes for the confusion and said he had intended to open the office Saturday in order to alleviate the logistics of handling a large crowd of applicants Monday.

Hatch said in the letter he did not anticipate the security requirements necessary to open the county building nor the impact doing so would have on other tenants in the building. Hatch also said in the letter, “I have also been advised that opening the office for special circumstances outside of normal business hours may violate equal protection provisions.”

Hatch said in the letter this is an “unprecedented circumstance” and the office is “doing our best to do the right thing in the right way. We will be fully staffed on Monday to meet the needs of our citizens."

About 1,000 people came to the Weber County Clerk's Office Saturday. Equality Utah tweeted this picture of people waiting to get in.

Huge line waiting for the door to open in weber county pic.twitter.com/aO9ul5ScMv

County clerk’s offices across the state differed on their reaction to the ruling overturning Utah’s Amendment Three. Several counties declined to allow licenses, while others began issuing them throughout the day. The Salt Lake County Clerk’s Office stayed open late to grant licenses to the dozens of couples that lined up following the ruling.

FOX 13 News contacted officials with Box Elder, Duchesne, San Juan, Uintah, Utah and Wayne counties, and officials said as of Friday they are not issuing marriage certificates to same-sex couples for now. Most said they are waiting for instructions from state officials.

Saturday night, Gov. Gary Herbert sent a letter to county clerks advising them about how to proceed in regards to same-sex marriages. Click here for the letter.

Herbert was among several who issued statements condemning the ruling.

"Based upon today’s ruling by US District Court Judge Robert Shelby that Utah’s same sex marriage ban is unconstitutional; I am seeking further clarification from the State, and the Utah County Attorney’s Office. Until I receive the further clarification that I’m seeking, the Utah County Clerk’s Office will not be making any policy changes in regards to which we issue marriage licenses. We will continue at this time to issue a marriage license only to applicant couples (male and female) who appear together at the Utah County Clerk’s Office."

Davis County officials said in a statement that, "The decision announced today, unless and until a stay is granted or Judge Shelby is overturned, is the law of the land. We do not advise folks they can disregard an Order issued by a court with jurisdiction, even if we / they disagree."