Thieves bury statue, toss it in river, rebury it; Orem officer not deterred 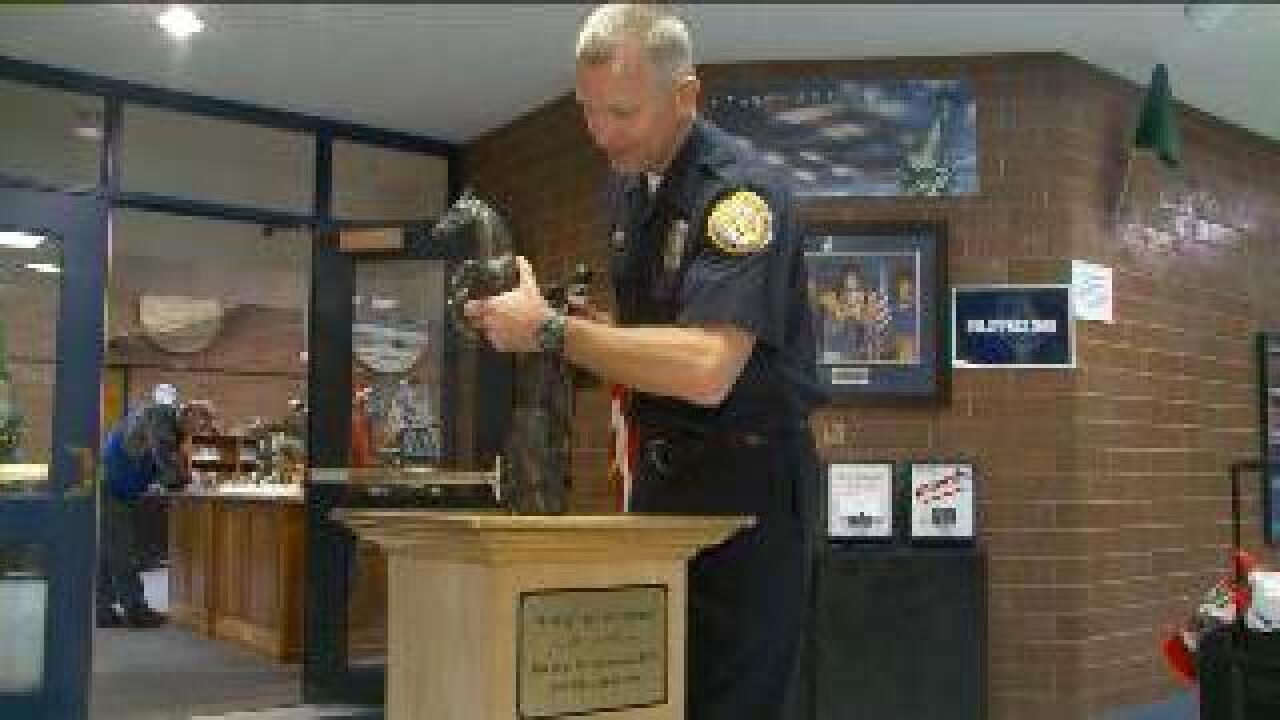 OREM, Utah -- After a historic statue was stolen from a Utah County elementary school, one Orem police officer went above and beyond to recover it.

It’s been four months since the kids at Bonneville Elementary School have seen the bronze  statue that welcomes them into the school library. Principal Shawn Brooks admits he never thought he’d see it again.

“This statue has been part of the community for 18 years, and it represents knowledge and literacy through our library,” Brooks said.

Brooks said he thought the statue was gone for good until the Orem police officer who supervises the school, Randy Clement, turned the cold case warm.

“This is the kid's spot, place,” Clement said. “This is their space, and it’s been violated by taking their property cause this belongs to the kids as well, and that upset some of the kids.”

A tip lead officer Clement to the four men responsible, but that was only half the battle.

“It had been actually in his closet for a couple months,” Clement said. “They got kind of nervous, didn’t know what to do with it so they went and buried it.”

The statue was then dug back up, thrown into the Provo River, pulled from the river and reburied in the foothills--where the suspects ultimately lead officer Clement to it, but only part of it.

“Brushed the snow off and the little girl was missing, so it had come off,” Clement said. “We searched the area and realized it had probably come off when he threw it in the river.”

Officer Clement spent Thursday in the icy waters of the Provo River searching for the missing piece.

“Sure enough after about 20 to 30 minutes, seen one of her shoes, found the statue, reached in, pulled it out, and here we are with both,” he said.

The men are facing charges, and officer Clement got to return the statue to the children at an assembly Friday. He said he hopes it teaches the kids a valuable lesson.

“I want them to trust officers and know that we can help them out,” he said.