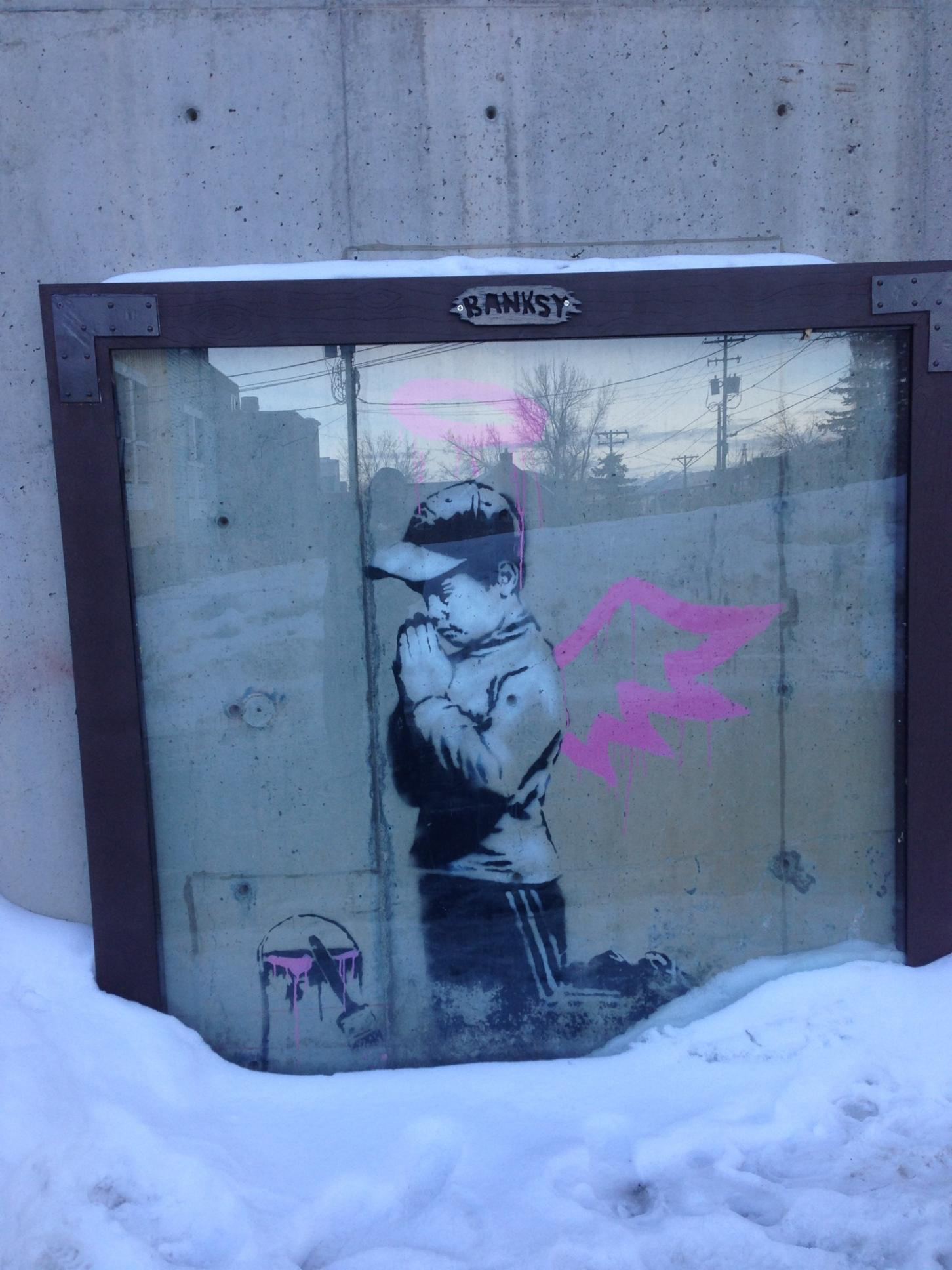 PARK CITY, Utah – Pieces of graffiti art that go for millions of dollars in some places were vandalized in Park City early New Years’ Eve morning.

The works were done by Banksy, a British artist who has created a lot of intrigue and mystery around the world with his famous graffiti pieces that pop up in unexpected places.

One piece is on the Java Cow building on Main Street, and General Manager Luciana Salmi said it’s quite popular.

She said: “Everybody that comes to the store, they ask for it: ‘Where’s the Banksy? When did this happen?’ It’s pretty interesting.”

The coffee shop has been a popular spot for tourists in the last four years since Banksy’s work appeared on their building while he was attending the Sundance Film Festival in 2010. On Thursday, Salmi and her staff arrived to find the glass casing protecting the work cracked.

“I can’t imagine people trying to damage a piece of art that we’re trying to protect, clearly,” Salmi said.

Surveillance video from the shop shows a man approaching the frame and attempting to break it with a hammer or blunt object, according to Park City Police.

“He hit it a couple of different times, didn’t gain access to it, so he actually left,” Sgt. Jay Randell said.

Authorities believe the vandal then moved on to the only other remaining Banksy piece in town, which is located on a private parking garage just off Main Street. Using the same object, police said the man managed to smash the glass encasement protecting the work and spray paint over the image.

Alison Butz is the executive director of the Historic Park City Alliance, and she said the vandalism is unfortunate.

Now, those touring the city and hoping to catch a glimpse of the infamous Banksy work for the first time have been left with a view that’s hard to interpret, even in the art world.

When Banksy visited Park City in 2010, Butz said he painted at least four known images around the area. Two of those have since been painted over, which is why property owners went to such lengths to protect the remaining ones.

“These were our last two,” Butz said. “It’s disheartening.”