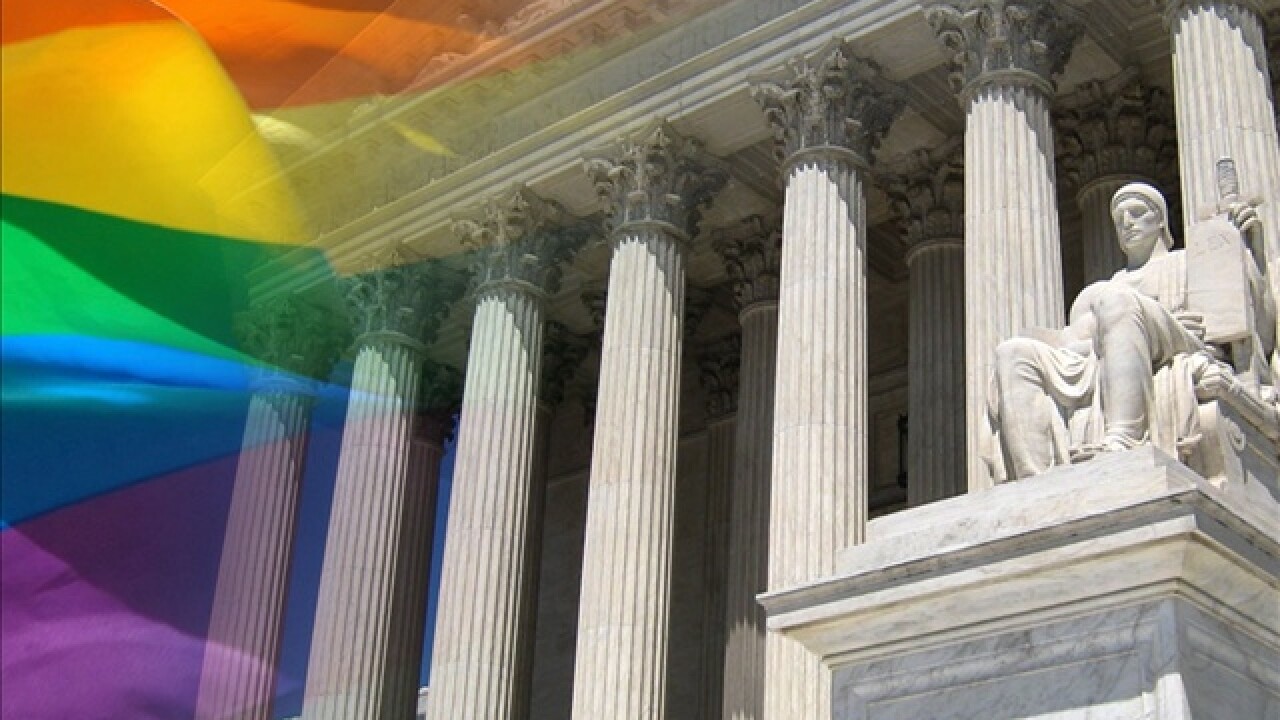 SALT LAKE CITY -- The U.S. Supreme Court halted same-sex marriages in Utah while an appeals court considers whether the state's amendment defining marriage as between a man and a woman is constitutional.

"It's unfortunate that many of our citizens have been put into this legal limbo," he said at a news conference Monday. "But we're evaluating their legal status currently."

Reyes said his office was determining if the stay meant that the marriages already performed were invalidated. He took the position that Amendment 3 was back in effect.

"We don't know the answer yet as to the marriages that have taken place already," Reyes said. "There's no precedence, I believe, for this. This is precisely the uncertainty we were trying to avoid."

Governor Gary Herbert's office was also evaluating the full effect of the stay. After a federal judge declared Amendment 3 unconstitutional, the governor ordered state agencies to begin offering services and benefits to same-sex couples who were married.

"The Supreme Court made the correct decision to stay Judge Shelby’s ruling in the Amendment 3 case. Clearly, the stay should have been granted with the original District Court decision in order to have avoided the uncertainty created by this unprecedented change," the governor said in a statement Monday.

"Every day that goes by, same-sex couples and their children are being harmed by not being able to marry and be treated equally. However, this is just a temporary order, and, it is not unusual for the court to stay a decision declaring a state law unconstitutional pending appeal. Importantly, however, this temporary stay has no bearing on who will win on appeal. We look forward to defending Judge Shelby’s decision in the Tenth Circuit," he wrote.

The Church of Jesus Christ of Latter-day Saints also issued a statement in response to the stay that was granted.

"The action taken by the U.S. Supreme Court placing same-sex marriage on hold in Utah now allows for a more reasoned,  thoughtful, and mutually respectful discussion to take place," said church spokesman Cody Craynor. "Regardless of court rulings that vary across the nation, The Church of Jesus Christ of Latter-day Saints remains firm in its conviction that marriage between a man and a woman is deserving of protection because of its value to society."

Utah asked the U.S. Supreme Court for a stay after five prior requests to halt the marriages were denied. U.S. District Court Judge Robert Shelby declared Amendment 3 unconstitutional, ruling that it violated gay and lesbian couples' right to due process and equal protection.

A FOX 13 survey of same-sex marriage licenses issued by each of the state's 29 county clerks.

Since that ruling on Dec. 20, 2013, more than a thousand same-sex couples have married in Utah. FOX 13 contacted each of Utah's 29 county clerks. They reported approximately 1,360 marriage licenses were issued to same-sex couples. Salt Lake County issued nearly 800; some counties had no requests.

Cliff Rosky, a University of Utah law professor and the chairman of the board for the gay rights group Equality Utah, worried that during the appeal the state would refuse to recognize the marriages already performed.

"It's important to know that no court in the history of this country has ever retroactively invalidated a marriage that was lawful when it was entered," he said. "There's no question these marriages were legally valid when it was entered."

Brett Tolman, a former U.S. Attorney for Utah who represented the Utah Pride Center in amicus briefs on the cases involving California's Proposition 8 and the federal Defense of Marriage Act, said if Utah refused to recognize the marriages it could trigger new generations of litigation.

"I can almost guarantee there would be a tremendous amount of litigation if the state were to take the position that those marriages, which came as a result of lawfully issued licenses, are now invalid," he said.

The stay puts on hold the issuance of marriage licenses pending the appeal of Amendment 3 to the 10th U.S. Circuit Court of Appeals. The Denver-based appeals court has set an expedited schedule for the case; Utah has until Jan. 27 to file its first briefing. Arguments could be heard as soon as March with a ruling shortly thereafter.

Click here to read the order from the Supreme Court

Click here to read a statement from the law firm representing the plaintiffs in that case. [PDF]