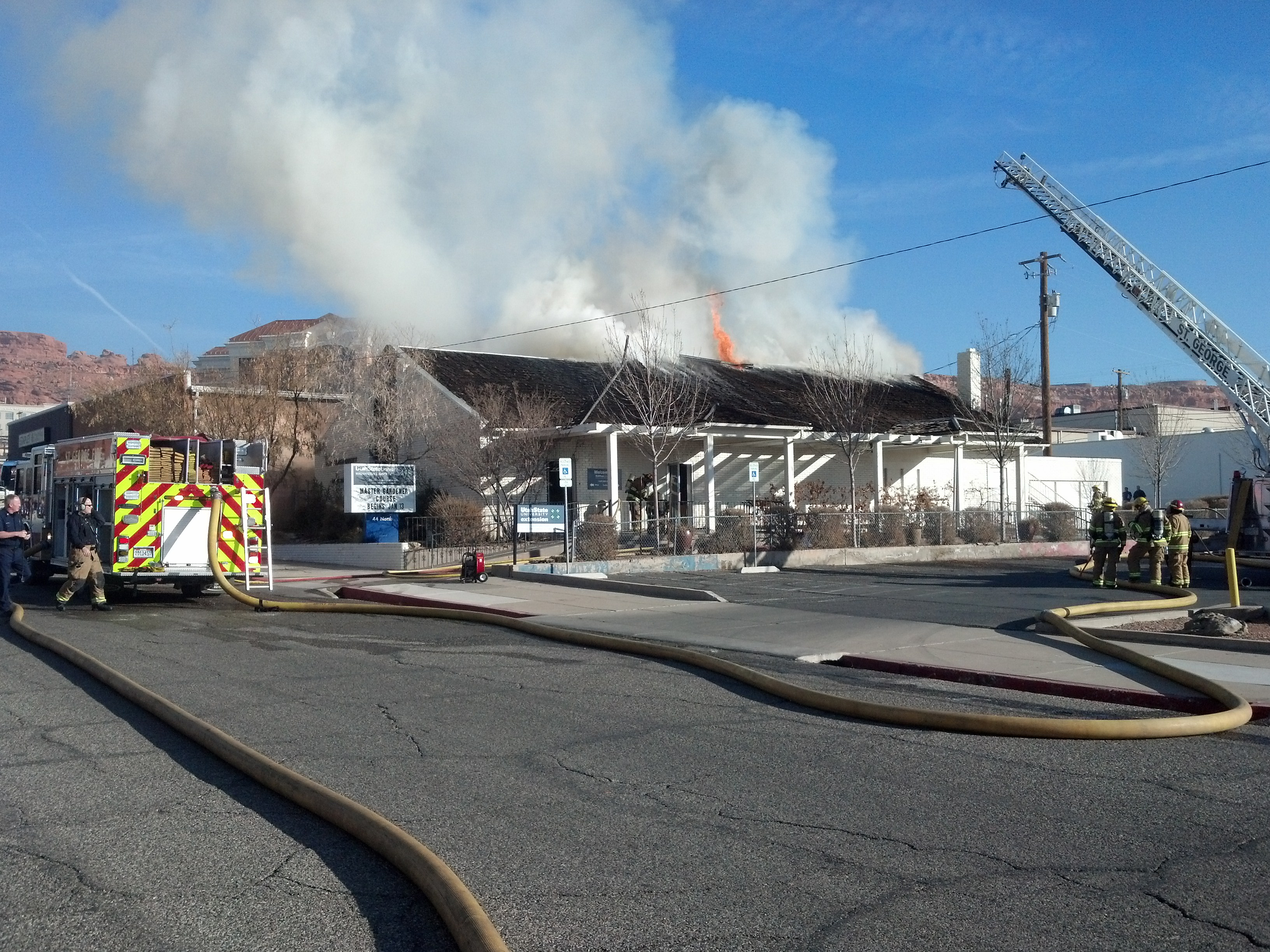 All three employees working at the time got out, but they said the materials for many of the programs they offer are gone.

The fire started just after 9:00 a.m. Employees said they found the fire in one of the bathroom ventilation fans. They initially tried to put it out with a fire extinguisher but realized it was spreading too fast.

“We could tell from the way that it sounded and the smoke that came out, that there was a lot more going on than what we could see,” said USU Extension Director Rick Heflebower. “So we called 911.”

The fire quickly spread to the attic and burned through the roof, destroying much of the second floor. St. George Fire Department officials sent out a general alarm, meaning all available engines responded to the fire.

Crews sprayed water for close to two hours. Fire Chief Robert Stoker said the many remodels the old building has gone through meant more fuel for the fire. Officials spent time making sure the fire didn’t spread to nearby buildings.

Nearby buildings suffered minor water damage as crews sprayed them too. Firefighters wanted to make sure the flames didn’t spread. The extension building is being deemed a complete loss, and staff estimates more than $100,000 in educational equipment was lost.

But Hill said, while the fire is an inconvenience, it won’t set them back. Much of their work is done out in the community, helping schools and clubs with skills training. Hill said they’ve already had offers from other community partners for office space while they find a new permanent home.