The Union Pacific railroad is now beginning the cleanup process by bringing in a crane to remove the wreckage, but Utah Highway Patrol officials said that's a job that's expected to take well into the night.

After that, railroad workers will check every car on the line to make sure they can safely roll on the tracks.

The box cars stretch for more than two miles, which means it's going to take a while.

"I would estimate it's going to be 24 hours," said Lt. Mark Lowther with the Weber County Sheriff's Department. "As far as the derailment itself, they deal with derailments all the time but we are in a unique position where we have the highway on one side and then we have the cliff of the canyons, so that will pose some unique challenges."

Officials are asking drivers to avoid the area, and for those who can't, they ask them to proceed cautiously.

"It is something you don't see every day, so we do have people slowing down to take pictures, but actually they are putting themselves at great risk," Lowther said.

The crash tossed around three workers on the train, causing some cuts and bruises. Two were transported to a hospital, where one was treated and released. 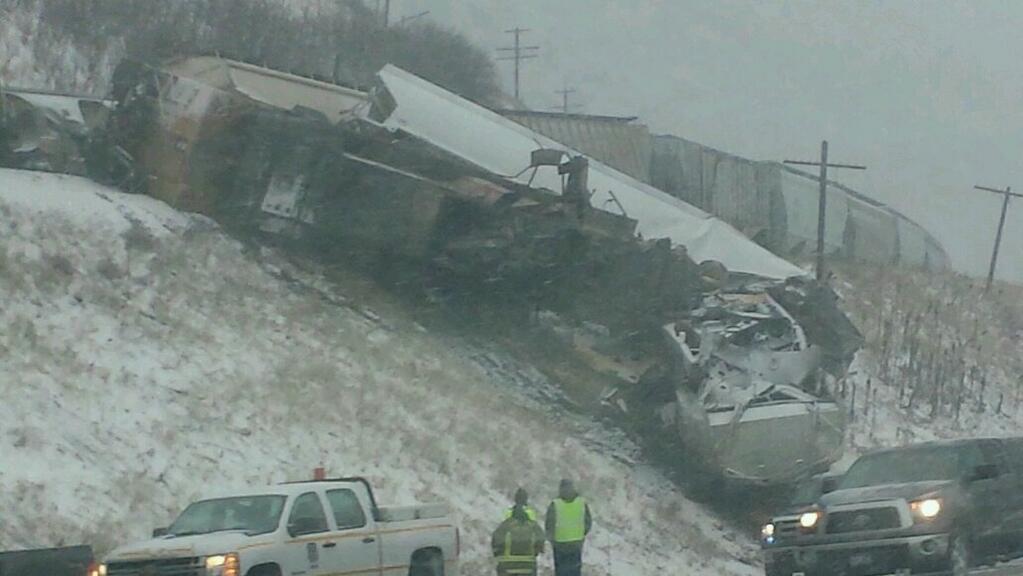