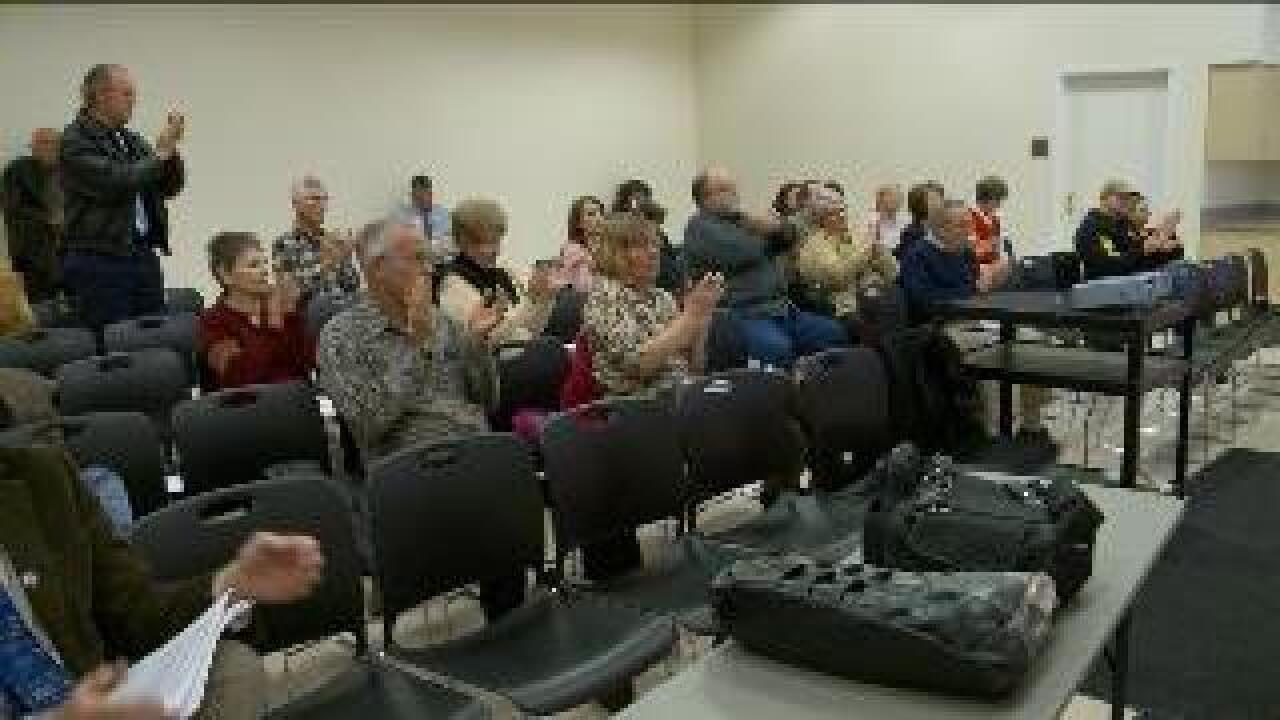 UTAH COUNTY, Utah -- More than 100 people packed into a small meeting room at the Golden Corral buffet-style restaurant in Orem to hear about same-sex marriages from speakers, including the author of the legislation that created Utah's Amendment Three, which states marriage is only between a man and a woman.

Rep. LaVar Christensen, R-District 32, said he remained committed to fight for the definition of marriage to remain the union of one man and one woman.

"Same sex marriage blurs the line between what a society tolerates and what it endorses,” he said. “Marriage is not just a contract, it is an institution.”

Christensen emphasized the issue of states’ rights, saying the Constitution did not mention marriage at all, thus reserving it for the states.

Cherilyn Eagar organized the event, and she said their concerns are about more than just same-sex marriage in Utah.

"We want people to understand that this issue is really part of a bigger issue, which is state sovereignty," she said.

Two hours earlier, the Utah Eagle Forum held a similar event at the Provo City Library. The event, billed as a "Liberty Forum," focused on bills coming up in the state legislative session, most notably Senate Bill 262. The bill is sponsored by Senator Steve Urquhart of St. George, and it is a measure that would include sexual orientation and gender identity as groups protected in housing and employment law.

Gayle Ruzicka, Utah Eagle Forum president, spent much of the presentation talking about the law's impact on the workplace and schools, especially when it comes to locker rooms and bathrooms.

"Under this legislation, if it passed, a man who perceived he is a woman could go into that dressing room and shower with her and dress with her,” Ruzicka said. “Is that astounding to you?”

The Orem gathering focused on schools and parenting.

"This is not about consenting adults having a pleasurable relationship and benefits," Eagar said. "This is about our duty to protect the civil rights of innocent children to be born and raised in a home that has optimal benefits to them, and that's between a mom and a dad."