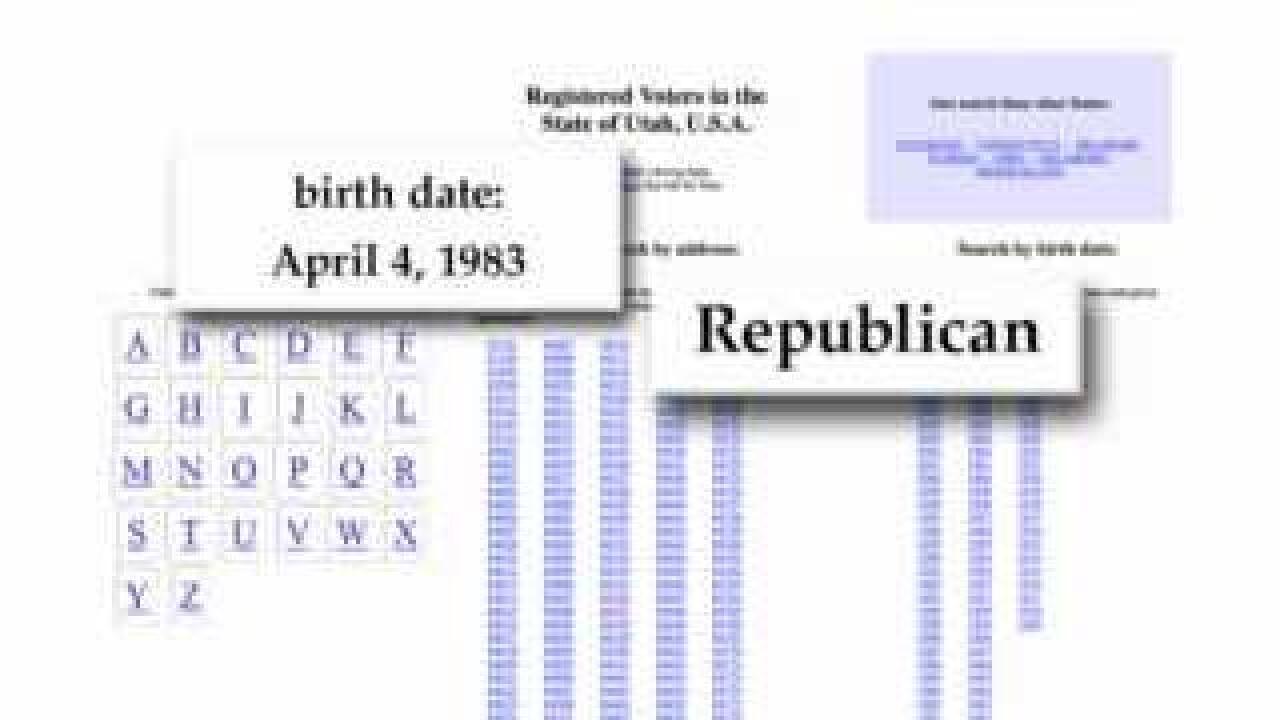 SALT LAKE CITY -- It's a website causing some outrage. UTvoters.com allows anyone to see personal information of Utah registered voters.

About 1.5 million Utahns are listed on the site. Under Utah law, any citizen can pay for the master database, as it’s public record. But now, a New Hampshire man has published the information on UTvoters.com. He’s also created other websites for states that allow the same thing.

When you register to vote in Utah, you're essentially agreeing to make certain personal information public.

"Candidates want to know who the voters are, who to go to, who to talk to, what's their address, what's their phone number," said Director of Elections Mark Thomas.

But anyone who's willing to pay $1,050 can buy this public record from the state, and there's no Utah statute preventing a citizen from publishing the information. On UTvoters.com, many voters can see their cell phone numbers, address, full birthdates, political party affiliation and how many times they’ve voted.

"I need to pay bills, so I just put up these websites," said UTvoters.com creator Tom Alciere.

The sites feature ads, and critics said it opens Utahns up to scams and identity theft.

"It's interesting that you can find all that information, considering when you're voting it's all confidential but when you're done, it's not confidential, I just think that's weird," said Utah voter Joseph Doty.

"I'm gonna always be concerned about anyone Googling me and getting information about me and my family, it's very personal," said Utah voter Holly Boltz.

Alciere said: "They can send in a request to remove their name if it's that important to them, but it's still public information: But what's the point? Anyone can obtain the information.”

Even if Tom removes you from his website, you're still on the state's list, which anyone can publish unless the law changes.

"We understand people are concerned,” Thomas said. “We are concerned, and hopefully through this legislative process we can come up with something that works for everyone.”

New legislation is being proposed to keep this information off the internet and limit it only for political purposes. Meanwhile, Gov. Gary Herbert and select high-profile politicians were removed from the list before it was sold, but election officials insist that's for safety reasons.

In Governor Herbert's case, he was removed in 2006 over a specific threat, Thomas said, who adds that any citizen who can prove a legitimate safety threat can be removed from the database by their county clerk.