SALT LAKE CITY -- More than a thousand people packed the rotunda of the Utah State Capitol to demand Governor Gary Herbert drop an appeal of a ruling that allowed same-sex marriage in the state.

Newlywed same-sex couples stood on the staircase inside the capitol building, joining an estimated crowd of about 1,800 for the protest on Friday afternoon. They were calling on the Utah Attorney General's Office and the governor to not appeal U.S. District Court Judge Robert Shelby's ruling that declared Amendment 3 unconstitutional.

Amendment 3, which defines marriage as between a man and a woman and doesn't recognize anything else, was passed in 2004 by 66 percent of the voters.

Molly Butterworth and Davida Wegner married the first day it was legal in Utah. The couple, who carried a copy of their marriage license as a protest sign, said the state should not spend money on an appeal.

"We would prefer that he not waste all this money that could go to much better causes than fighting our rights," Butterworth said.

The state is expected to spend as much as $2 million to appeal Amendment 3 to the 10th U.S. Circuit Court of Appeals in Denver and potentially the U.S. Supreme Court. The Utah Attorney General's Office said it was taking bids for outside counsel to help them.

The governor's office had no comment on the petitions to FOX 13 News, but said it would look at them, verify their authenticity, and present them in a report to Gov. Herbert. A spokesman for the office did say the state was proceeding with the appeal.

"I don't think the fight's over yet," said Candice Green-Berrett, who married her wife, Megan Berrett, the first day it was legal to do so. "I haven't lost hope over it yet."

Added Megan: "We trust in the legal system, we trust in humanity and that people will make the best decisions that will help our American and our Utah families." 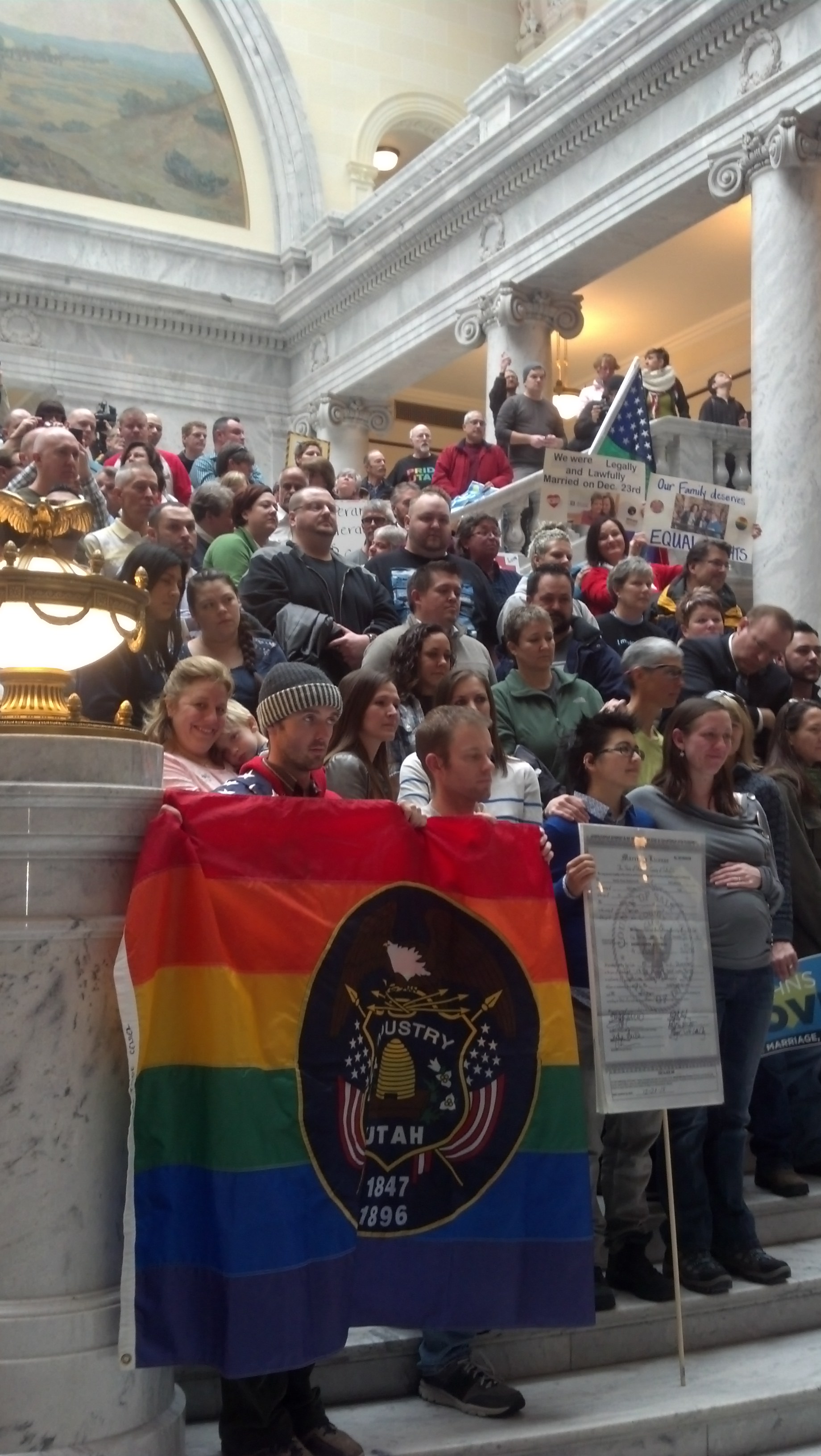