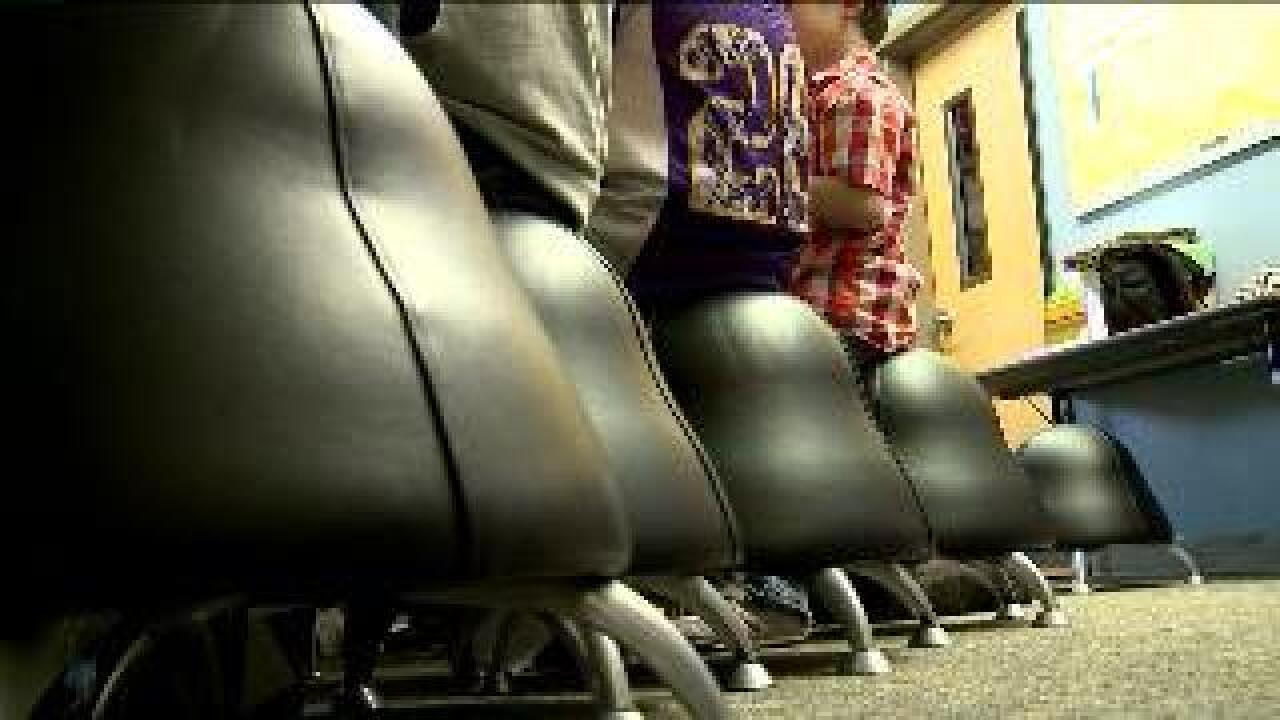 SALT LAKE CITY -- On Monday morning a special donation from a company called Safco came to Spectrum Academy, a school that teaches children with autism.

Cheering children welcomed in 18 Runtz chairs into their classroom. The chairs help students control their wiggles.

Jacqueline Whitaker has been teaching children with autism at Spectrum Academy for four years. She knows that it's not always easy to get the kids to sit still.

"They have a hard time sitting, staying in their seat, staying on task because of their vestibular needs,” Whitaker said. “Their need for balance and knowing where they are in space."

Last September Brian Culley, vice president of Office Products Dealer, bought one of these chairs for his son with autism. He noticed a significant difference - and encouraged spectrum academy to give the chairs a try.

"These chairs really stabilize them and get them more comfortable in their own skin and ready to learn." Culley said.

The chairs were originally made to be a sleek, modern design for an office. The manufacturers had no idea of the impact the chair would have on the lives of children with autism.

"It's literally life changing. It's like someone who can't walk and getting a wheelchair and being able to move. It's on that level. It's amazing." Whitaker said.

The school will now study the children's progress in the classroom with the chairs. Spectrum Academy will give Safco a monthly update of their studies.

"It will help the students learn more. They won’t have to get up and wiggle as much. You'll see more attention to task and you won't see them falling out of their chairs." Said Crystal Coffman, occupational therapist at Spectrum Academy.

Spectrum Academy hopes that they will be able to get Runtz chairs for all the classrooms.