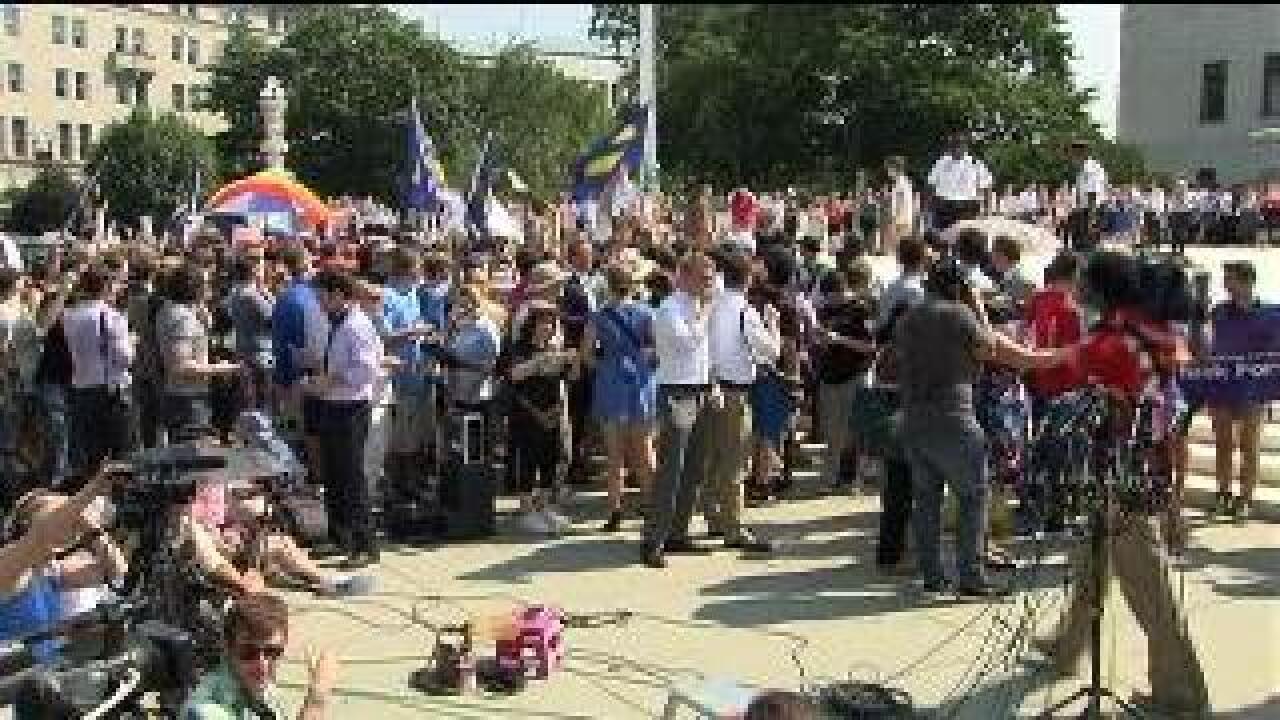 On Tuesday, a federal district judge overturned Oklahoma's ban on gay marriage, calling it is unconstitutional. Judge Terence Kern said in his ruling, "Equal protection is at the very heart of our legal system and central to our consent to be governed.  It is not a scarce commodity to be meted out begrudgingly or in short portions."

Just like in Utah, Oklahoma voters banned gay marriage in 2004, but Judge Kern added in his ruling, "therefore, the majority view in Oklahoma must give way to individual constitutional rights,” declaring  Part A of the Oklahoma constitutional amendment a violation of equal protection the constitution’s 14th Amendment.

"The Utah and the Oklahoma decisions are both interpreting the recent U.S. Supreme Court cases the same way, requiring them to strike their states' ban on same sex marriages,” said appellate attorney Troy Booher.

Kern immediately stayed his own ruling, meaning there will be no gay marriages in Oklahoma until appeals are resolved.

"Usually that's what happens, when they pass something they know is going to be challenged, they pass it, they stay it and there goes the challenge,” said Gayle Ruzicka, President of Utah's Eagle Forum. “Ours (Utah’s) was handled very poorly.”

After the U.S. Supreme Court put same-sex marriage on hold in Utah, married gay couples have been in a legal limbo, recognized with federal benefits but not recognized for state benefits.

Supporters are of gay marriage are excited about the news in Oklahoma.

“This is very exciting and I mean it just shows how fast the momentum is,” said Mark Lawrence, director of Restoring our Humanity. “They're (Oklahoma) part of the 10th Circuit so this is only going to help our case. Maybe we'll be able to meet in the 10th Circuit Court of Appeals in Denver and work with them."