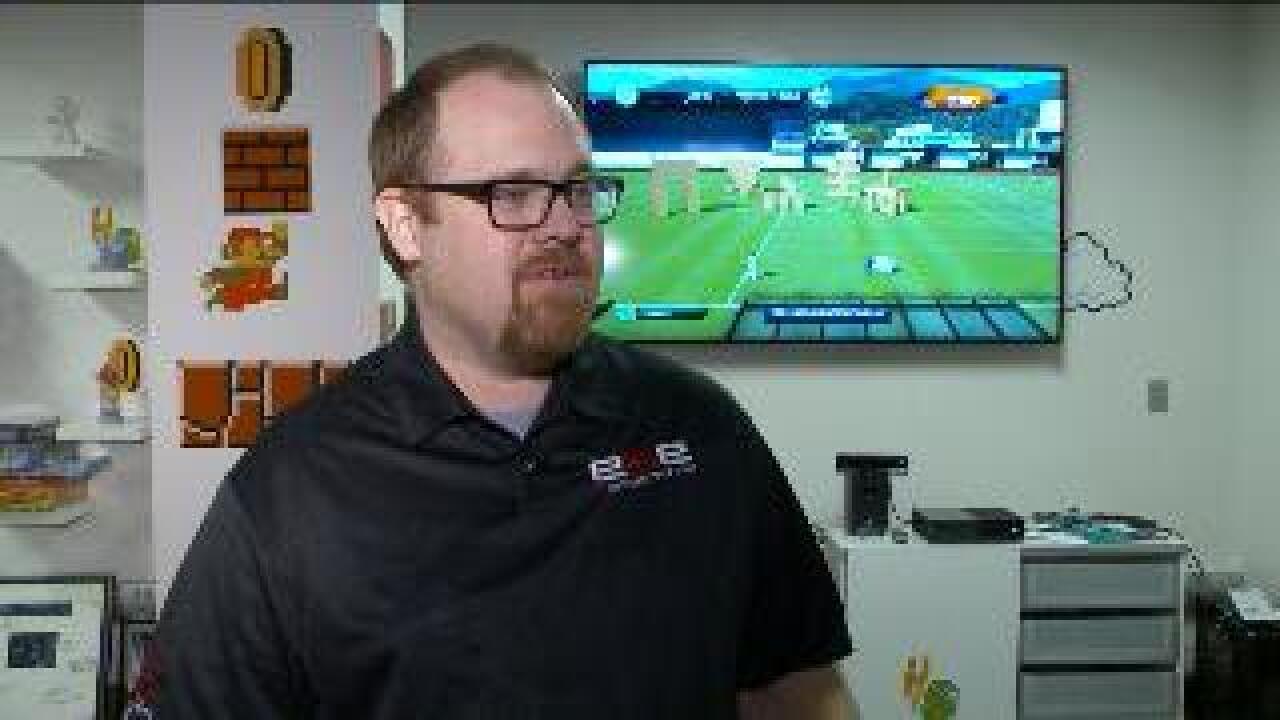 SALT LAKE CITY -- Indoor, away from Utah’s air problems, a team of engineers is creating their very own world that’s up to us to save.

“People learn from doing the right thing and the wrong thing. So, in this game people can choose to help air quality or harm air quality,” said Roger Altizer,  who is the director of Game Design and Production at the University of Utah.

Students within the U Entertainment Arts and Engineering program are just in the planning stages of creating an air quality video game that they hope to distribute to high schools by next year.

“Let’s say, for example, you choose to drive on a Red Air day,” Altizer said. “Well, it will get even worse. You’ll see more pollution. People will complain even more. Air quality will get disastrous, and people will leave the Salt Lake Valley.”

The premise of the game sounds more like reality, which is why the U was one of 13 organizations to be awarded more than $350,000 in grants by the nonprofit group, Utah Clean Air Partnership.

“It took us a lot of years to get into this bad situation, and it’s going to take time to get out,” said Ted Wilson, who is the director of UCAIR.

The groups were selected from 22 applicants vying for the funding. According to Wilson, they bring a wide range of ideas to the table that address pollution through education and action.

Among those selected was Breathe Utah, which plans to use the $25,000 it received to replace five wood burning fireplaces with natural gas stoves in homes in the Salt Lake valley.

“Wood smoke is a bigger culprit than we expected,” said Erin Mendenhall, executive director of the group.

While there are less than 200 homes heated solely by wood stoves in seven non-attainment counties, Mendenhall said removing them would be significant.

“The numbers that are coming from the EPA, as well as from the University of Utah study, tell us that one hour of burning a fireplace equates to 90,000 natural gas furnaces running for that same amount of time, when you’re talking pollutants for pollutants,” Mendenhall said.

Additionally, the Utah Department of Workforce Services (DWS) in partnership with UCAIR is making grants available for small businesses through its new “Assist” program. These grants – totaling $1.3 million dollars through mid-2015 – will be available for small businesses with fewer than 100 employees to assist them in making federally mandated air-quality adjustments and improvements to reduce emissions.

More details about applying for the small business grant will be available on UCAIR.org as the program is established.