SALT LAKE CITY -- Many people get those dreaded post-holiday credit and debit card bills, but what if you got one for several hundred dollars more than you thought you spent?

Several people are getting that nasty surprise thanks to a creative identity thief who apparently took advantage of the holiday hustle and bustle to swipe credit and debit card numbers from unsuspecting victims.

Police are now asking for the public's help in identifying and arresting the suspect. They said the suspect set up some sort of skimming device on an automated machine at the U.S. Post Office on 5495 South and 4015 West between Dec. 13 and 18-- a time when the post office was packed with folks doing their holiday mailing.

Officers said the suspect went on a shopping and cash withdrawing spree, and they still don't know how many victims are out there or how much money has been stolen.

"The victims' credit card numbers are used on a fake credit card of some kind, and then the suspect is going around the downtown Salt Lake City area swiping those cards, using the pin and getting money out," Det. Veronica Montoya said.

Police said the suspect is a man between 30 and 40 years old. He has been seen wearing a blue jacket and a black beanie. 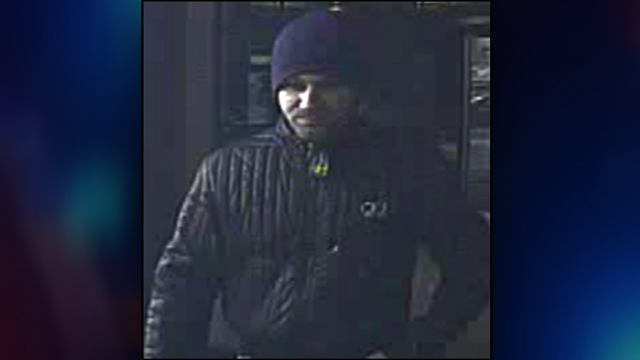