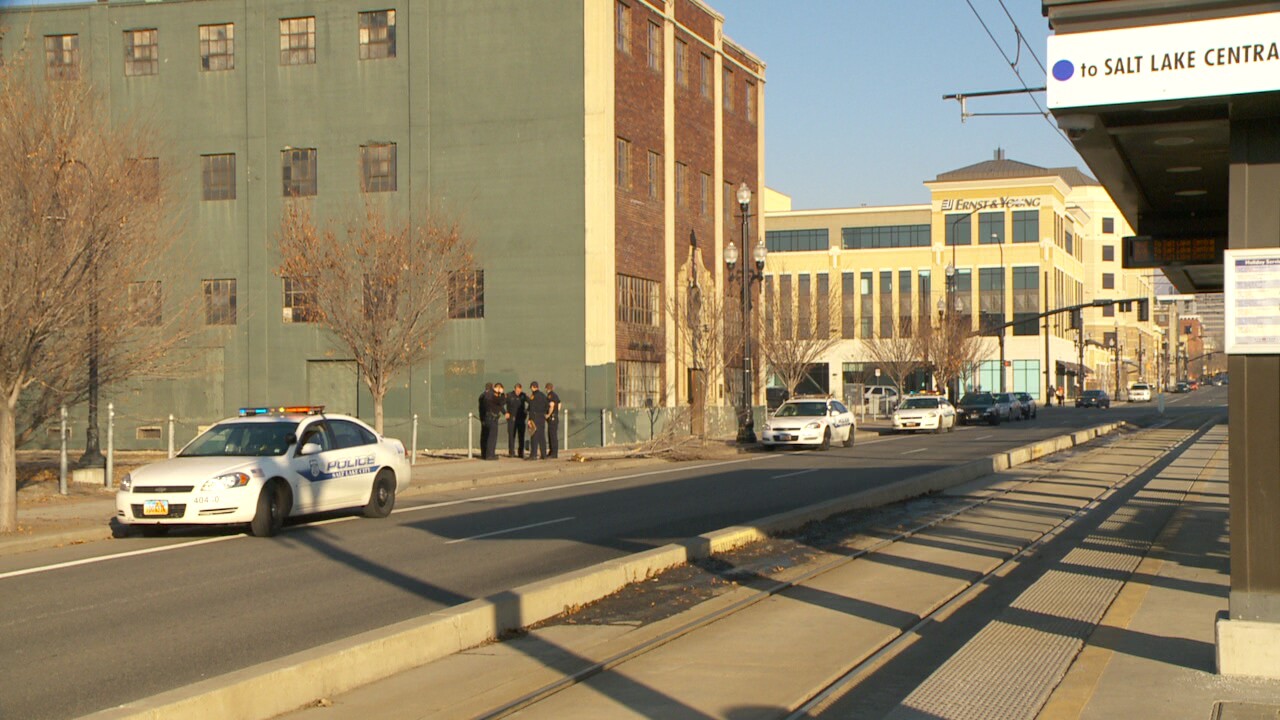 SALT LAKE CITY — Police are searching for a suspect who they said intentionally drove a truck onto a sidewalk and struck a pedestrian Saturday afternoon, and officials said the suspect and victim know each other.

The altercation occurred sometime around 4 p.m. in the area near 200 south and 500 west.

Lt. Josh Scharman of the Salt Lake City Police Department said the two may be related and that there is also another party involved in the incident.

“We know there is some sort of a family relationship, but I’m not exactly sure how that works…As opposed to the suspect related to the victim, related to the, there is another party involved in this as well,” he said.

One person was taken to a hospital in serious condition while the other was not injured. As of about 9 p.m., police said the victim was in serious but stable condition.

Officials said it isn’t clear why the suspect hit the victim. They said they have spoken with the suspect over the phone but have not been able to meet the suspect in person yet. Scharman said later Saturday night that police had recovered the truck, but the suspect remained at large.