TAYLORSVILLE -- Police have identified a 3-year-old child who was killed in a car accident in Taylorsville Saturday night.

Zane Thurber, of Murray, was killed after a Dodge Ram crashed into the back of the Subaru Legacy he was riding in.

The driver of the Subaru was transported in serious condition to Intermountain Medical Center. Police said the driver's condition has since been changed to fair. Another child, age 6, was also in the vehicle and was taken to IMC and later to Primary Children’s Hospital in fair condition.

Manuel de Jesus Guinea, 55, of Kearns, was booked in the Salt Lake County Jail on charges of automobile homicide and driving under the influence.

“The individual had been driving recklessly west bound on 5400 South, and there were actually citizens in the process of calling 911 to report that reckless driving,” he said.

After the crash, Guinea attempted to blend in with the witnesses that stopped to help, police said. According to a statement of probable cause from the Unified Police Department, a man noticed Guinea leaving the vehicle.

"After the crash, he got out of the car and tried to blend in with the crowd that was around helping," Hoyal said. "A citizen grabbed onto him and held him until officers arrived and took him into custody.”

The witness, "stated the driver smelled like a 'bar'" when police took custody of the suspect, according to the probable cause statement.

According to the same document, an officer said Guinea was too impaired to give his name when questioned, had the smell of an alcoholic beverage on him and had vomited on himself. He was identified after the officer found a Utah driving privilege card on Guinea's person.

“This is one of those tragedies that happens and why we constantly instill the message of not drinking and driving," Hoyal said.

A fundraising effort has been put together on behalf of the Thurber family. 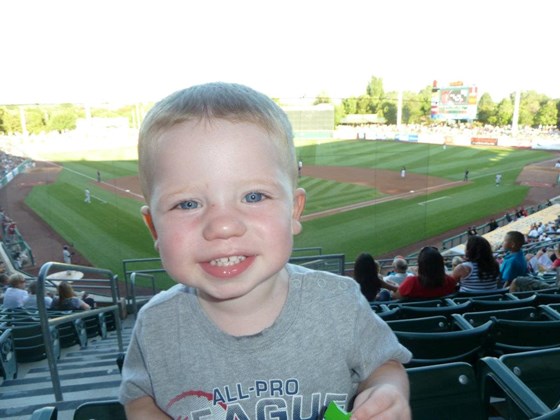