Semitrailer rolls on its side, car hits semitrailer on I-15

WASHINGTON COUNTY – Friday’s winter story triggered a series of accidents that blocked traffic on I -15 Southbound for much of the morning Friday.

The accident happened around 10 AM. Utah Highway Patrol says a semi trailer hauling potatoes was traveling near milepost 35 when the driver lost control on a downward slope and slid off the road.

“It appears he was just going too fast,” says UHP Lt. Shawn Hinton. “When he tried to slow down for the traffic ahead of him, and wasn’t able to. He ended up going off the side of the road and rolling over.”

The semi ended up blocking both of the southbound lanes, and kept traffic at a standstill for about an hour. Crews actually had to take the trailer apart to get it out of the way.

Hinton says the rollover caused several other small accidents as following drivers came to an abrupt stop, but there were no major injuries from those crashes.

The driver of the semi was taken to the hospital with minor injuries.

UDOT says they had plowed the roads once when the accident occurred, but the roads remained slick until the sun came out in the afternoon. 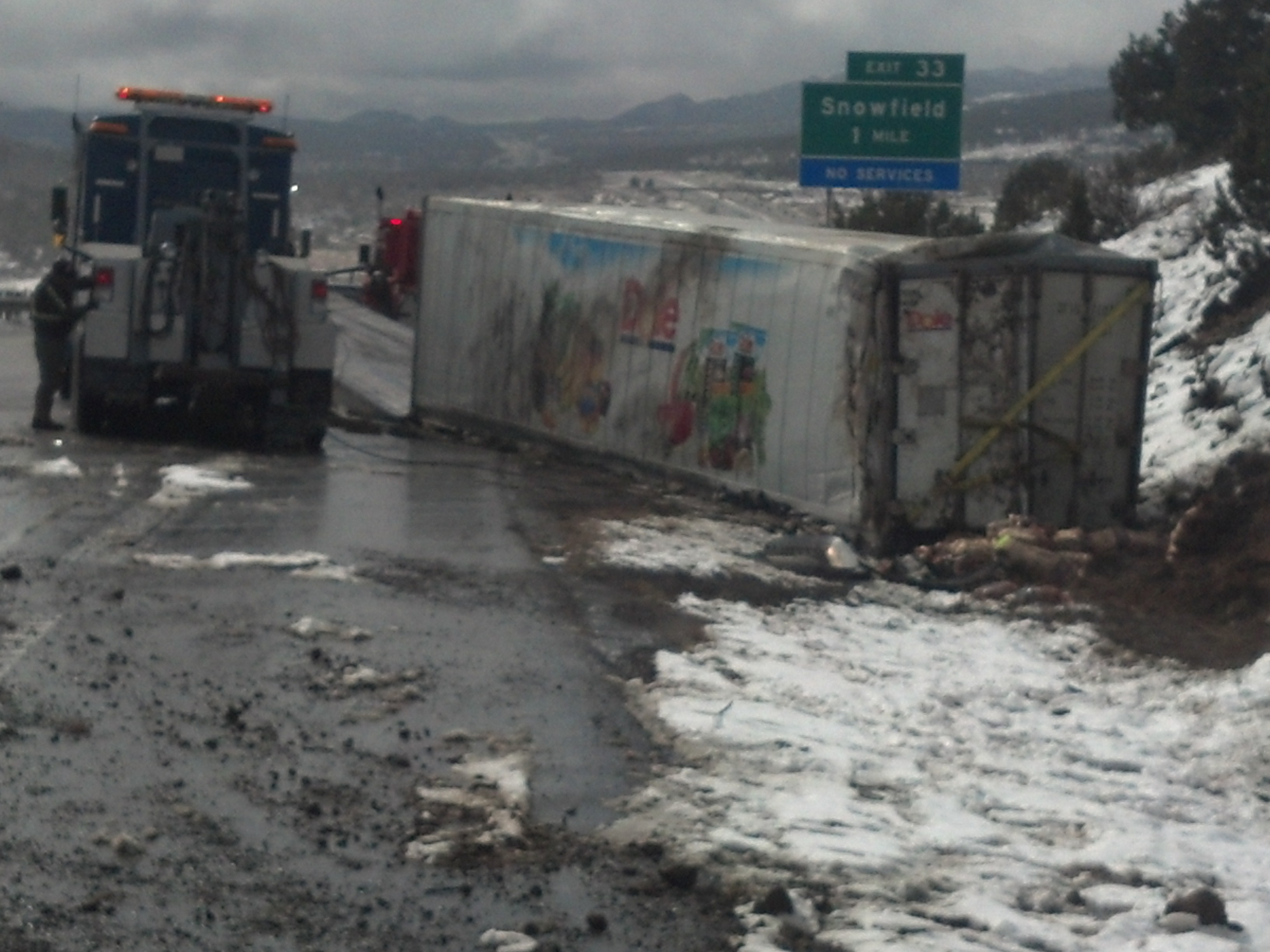