BRIGHAM CITY -- A series of car crashes shut down I-15 for hours on Saturday, critically injuring one person.

Utah Highway Patrol Lt. Lee Perry told FOX 13 there were 10 separate crashes on I-15 near Brigham City involving 29 vehicles. Three of those vehicles, he said, were semis.

"It was pretty intense!" said Mitchell Moore, a truck driver who was caught up in the middle of the crashes.

Moore told FOX 13 it started with a car and a semi ahead of him that started sliding on the snow-covered roads.

"We went around, me and another car. She spun out, I was slowing down... and I saw a semi start jackknifing in the middle of the road," he said. "I just kind of gunned it off into the ditch... as I did that, he got it under control, but then he still ended up hitting the car that was in front of me. Then all the other cars just piling up behind."

Perry said eight people were hospitalized, including a woman who had to be extricated from her car. She was last reported to be hospitalized in Ogden in critical condition. Because of the snowstorm, a medical helicopter was unable to be dispatched to help.

I-15 was a standstill until about noon. Traffic was diverted to nearby U.S. 89.

Perry said about three inches of snow fell in an hour in the area.

"It's one of those things where people really have to slow down," Perry said. "When you get into this kind of weather and have the snow sticking to the road it's critical that you take your foot off the gas and when you come into this, don't hit your brakes!" 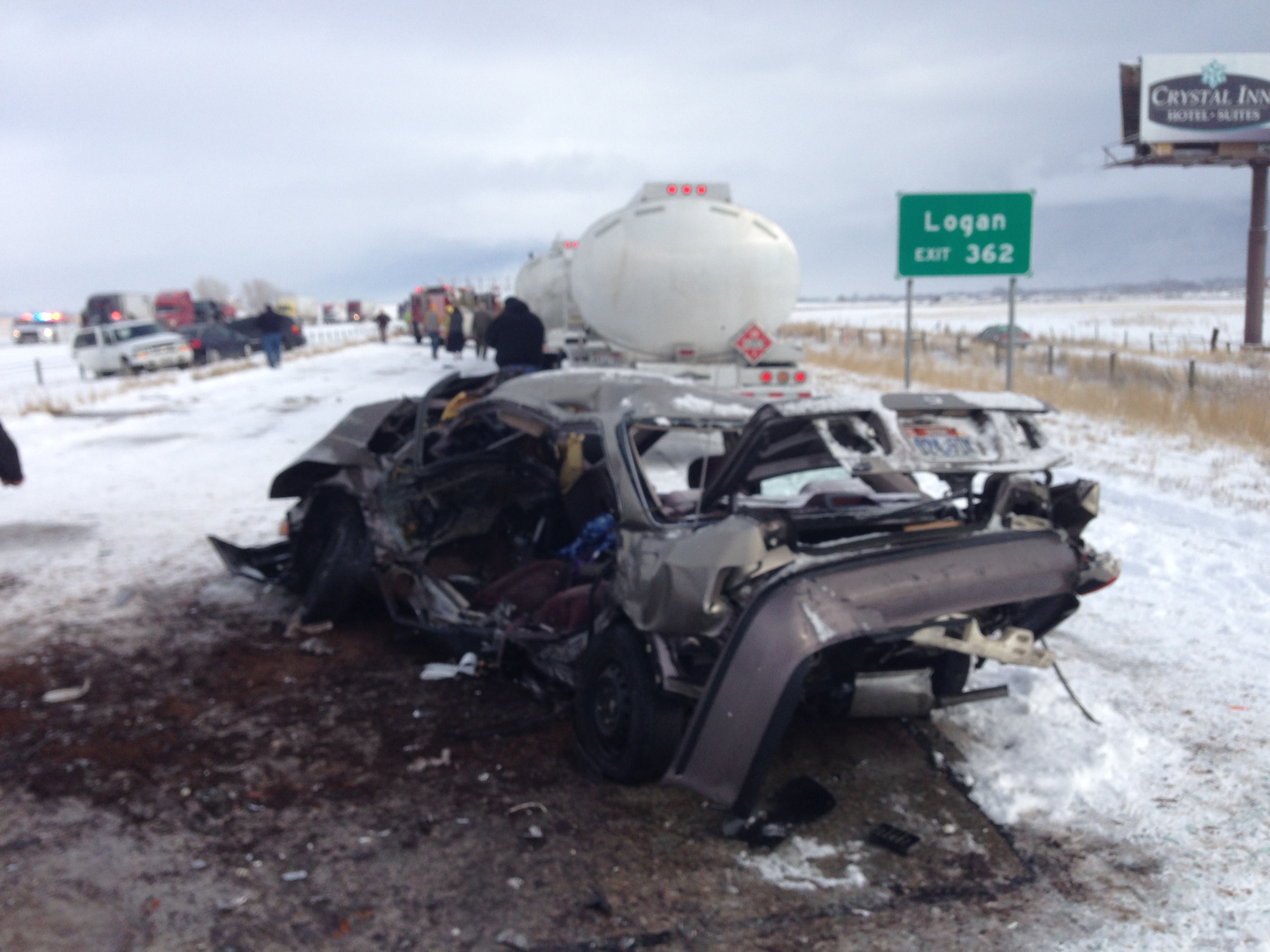