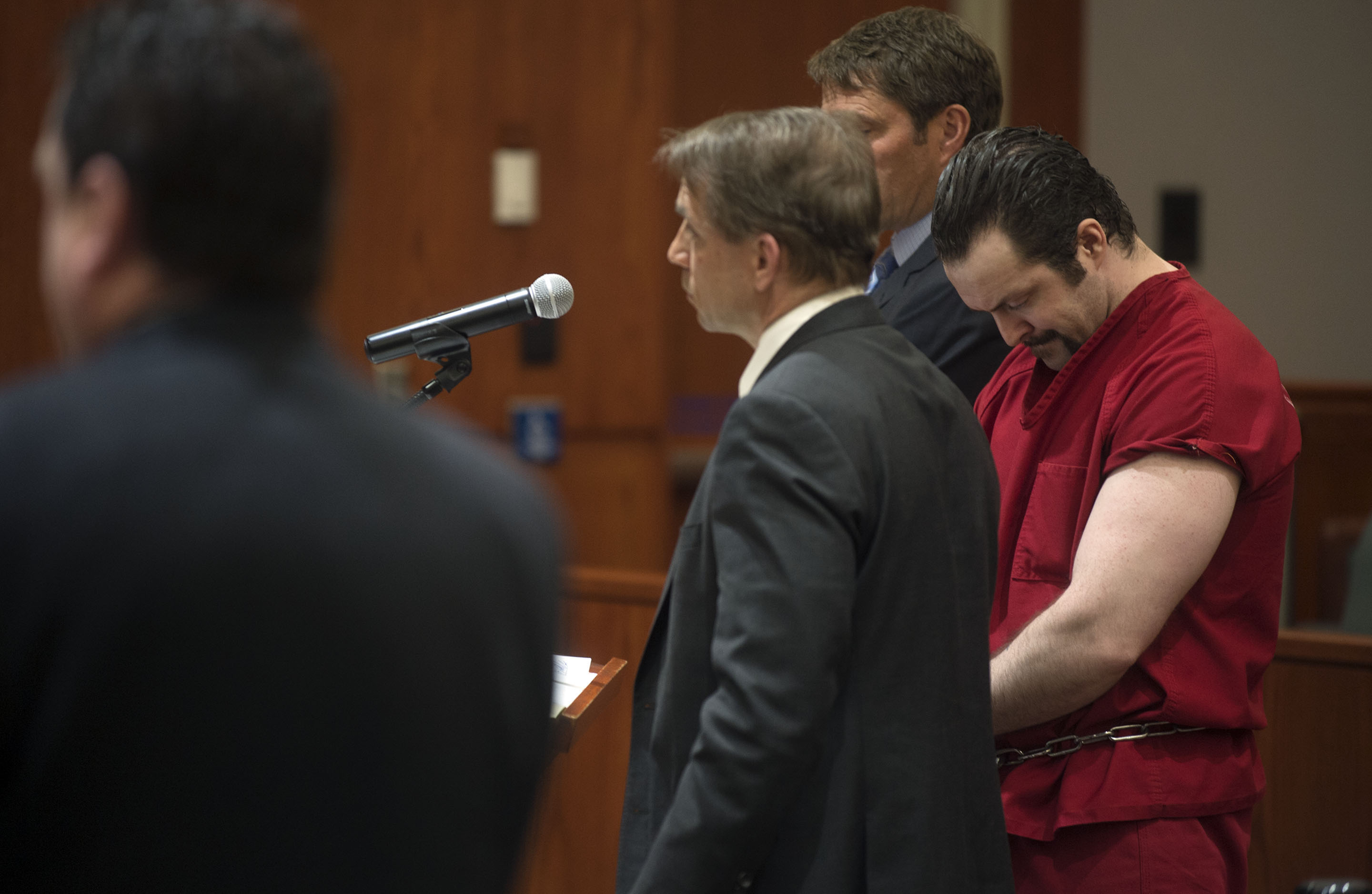 FARMINGTON --It was one of the worst child abuse cases in recent Utah history. Four-year-old Ethan Stacy was tortured and found dead in 2010. But on Tuesday afternoon, almost four years after the gruesome crime, Nathan Sloop, who was briefly the boy's stepdad, pleaded guilty to aggravated murder but mentally ill.

As part of a plea deal, other charges including desecration of a human body were dropped against Sloop. The deal spared him the death penalty and Davis County Attorney Troy Rawlings admitted it's not the "ultimate justice" Ethan Stacy deserved.

"I think the thing I'm most glad about is that he said the words ‘guilty,’" said Kellee Reiter who's been following the case, pushing for justice for Ethan Stacy.

Nathan Sloop confessed it was reckless indifference to life that led him to play a role in the death of Ethan Stacy.

"That boy died on my watch and I'm horribly sorry," Sloop told the judge.

"I'm not sure it was sincere, I think it was somewhat self-serving," said Layton Police Chief Terry Keefe.

But prosecutors say he and Ethan's mom, Stephanie Sloop, inflicted unthinkable abuse on the boy over several days -- beating, burning and drugging Ethan over several days before dumping his body into a shallow grave near the Powder Mountain Ski Resort in the spring of 2010.

Layton cops listened at the judge sentenced Sloop to 25 years to life for Ethan's murder and 15 years-to-life for assaulting a deputy since Sloop has been incarcerated. Prosecutors pushed to use Shelby's law in this case, which allows for the death penalty if a child dies during an act of abuse. However, prosecutors had concerns it could be constitutionally challenged and spark appeals. So instead of going to trial in March, prosecutors agreed to a plea deal.

"I think justice was accomplished as far as we could get it today," Chief Keefe said.

And while the Davis County Attorney admitted it's not ideally what prosecutors wanted, Ethan Stacy's family agreed to the deal and those pushing for justice are relieved that Sloop will likely spend the rest of his life in prison.

Ethan Stacy's dad, Joe Stacy, flew from Virginia for Tuesday's court proceeding. He was too emotional to make statements either in our outside the courtroom.

Meanwhile, Stephanie Sloop's case is still pending. For months, it's been continued. Defense attorneys have hoped to see resolution in Nathan Sloop's case but now that he's pleaded guilty, Stephanie's case could move closer to trial.