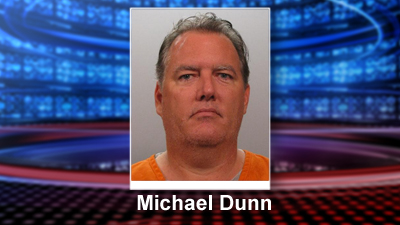 (CNN) — It was the day after Thanksgiving 2012, and Michael Dunn had just left his son’s wedding. He’d had two drinks but wasn’t buzzed, and he and his girlfriend were in a “great mood” — headed to a nice bed and breakfast in St. Augustine, Florida, where they planned to enjoy a bottle of wine, he told police.

A stop at a Jacksonville gas station would flip the happy day on its head. His car doors and windows shut, he was annoyed by the “heavy bass” coming from a nearby SUV and asked four teens to turn it down.

He heard what might have been a threat, Dunn told police, then saw what might have been a gun. He pulled a 9mm handgun from his glove compartment and fired four times. Then four more times. He picked up his girlfriend as she came out of the convenience store and fled the scene, not realizing one of his eight bullets had killed 17-year-old Jordan Davis, Dunn told police interrogators.

The couple continued on to St. Augustine, where they checked into their room and ordered pizza but didn’t call police, Dunn said.

Opening statements are expected to begin Thursday in Dunn’s trial. He has pleaded not guilty to first-degree murder in Davis’ death and to three counts of attempted first-degree murder for shooting at three teens accompanying Davis. Dunn has told police fear for his safety drove his actions that day.

Though jury selection has lasted three days — after which the judge is expected to order that the jurors be sequestered — the trial should proceed quickly and shouldn’t last past February 14, two days before what would have been Davis’ 19th birthday, said John Phillips, an attorney for the family.

Dunn’s attorney, Cory Strolla, said that as of Tuesday evening he had filed no motion to dismiss the charges based on Florida’s stand your ground law, which received national attention during the George Zimmerman trial.

“We are relying on Justifiable Use of Deadly Force as an affirmative defense,” Strolla said in an e-mail to CNN.

In a police interrogation video filmed the day after the shooting, Dunn tells a police interviewer that the November 23, 2012, incident began when he asked four teens to turn down the music emanating from their Dodge Durango.

“I was polite. I asked them nicely. … I said, ‘Hey, would you guys mind turning that down?’ They shut it off, and I was like, ‘Thank you,’ ” Dunn tells police.

One of the passengers became “agitated,” Dunn further explains, and someone turned the music back up. Dunn says he wasn’t sure if the teens were singing, but he heard someone say, “Kill him,” so he rolled down his window and asked if they were talking about him.

“It was like, um, ‘Kill that bitch,’ ” Dunn says, claiming that he saw one of the Durango’s occupants produce what looked like a shotgun and open the vehicle’s door.

Asked later if he was certain he saw a gun, he replies, “I saw a barrel come up on the window, like a single-shot shotgun … It was either a barrel or a stick.”

“I’m sh***ing bricks, but that’s when I reached in my glove box, unholstered my pistol … and so quicker than a flash I had a round chambered in it, and I shot,” he says, adding that he has owned the 9mm handgun since 1990 and “always” keeps it fully loaded in his glove compartment.

He initially fired his weapon four times, Dunn tells police, and the Durango began to pull away.

“I was still scared and so I shot four more times … trying to keep their heads down to not catch any return fire. And that was it,” he says.

His girlfriend exited the convenience store to see what was happening, and Dunn told her, ” ‘Get in the car. We have to go.’ I didn’t feel safe there,” he recalls during the interrogation.

The couple had plans at a “fairly expensive” bed and breakfast in St. Augustine, 40 miles south of Jacksonville, so they drove there and ordered pizza. Dunn didn’t call police, he says, because he wanted to go back to his South Patrick Shores home, another 130 miles south of St. Augustine.

Dunn “was waiting till we get around people we know” to call authorities, and he wanted to ensure “our dog and everybody were where they needed to be. I did not want to bring a s**tstorm down on them in Jacksonville,” he tells interrogators.

In hindsight, he says, he shouldn’t have left the scene, but he was too afraid to stay.

“I went over this a million times, and what I should’ve done is put the car in reverse” to escape the confrontation, he says, but “it was fight or flight. I don’t think there was any time for flight at that moment. I was going to get shot.”

One of the police interrogators tells Dunn, “I will be the first to tell you that there are no weapons in that car. I don’t know what you saw.”

“Is it possible when they drove off they dumped it?” Dunn asks.

“They never left the parking lot,” the officer replies. “They drove off, circled right back around and came right back to that spot.”

Toward the end of the interview, one interrogator tells Dunn, “There are clear-cut cases where you go, ‘Yup, sure did, buddy. You defended yourself. Have a nice day.’ ”

Adds the other interrogator, “Let me be the first to tell you, this ain’t one of them.”

While some observers are drawing parallels between Dunn’s trial and the case involving Trayvon Martin and George Zimmerman — not the least of which being that State Attorney Angela Corey is the prosecutor in both — Zimmerman’s former attorney says he doesn’t see many similarities outside of the racial factor. Davis was black and Dunn is white.

“George was quite injured, and there were witnesses to suggest that there was an ongoing, physical confrontation and fight. Compare that to the Dunn case, where you have a verbal alteration,” said attorney Mark O’Mara, a CNN contributor.

As for Dunn’s claim of self-defense, O’Mara said he feels Dunn will face the burden of answering a key doubt among jurors: “You were in a car. Put it in drive, get out of there and then call the cops rather than take out a weapon and put eight shots into a car, killing one person.”

Jordan’s mother, Lucia McBath, said the time since her son’s death has been “the most difficult, challenging year of my life, the most painful year of my life” — something she’d wish on no parent — but she’s found some solace using her platform to speak out against gun violence in the nation.

“The gun culture, at this point, I believe is really fueling a lot of fear. Citizens are in fear of one another, fear of people that they don’t know, people that don’t think like them, look like them, act like them,” she said in a CNN interview last month.

She said she thinks about the Zimmerman case “all the time” and she’s concerned that Dunn is following Zimmerman’s lead in claiming self-defense as an immunity and could “possibly walk away free.”

Dunn’s former attorney, Robin Lemonidis, previously told CNN, “When all the evidence has been flushed out, I believe that it will be extremely clear that Mr. Dunn acted as any responsible firearm owner would have under the same circumstances,” Lemonidis said.