DAVIS COUNTY, Utah -- Imagine leaving your family behind to save your child's life. A Davis County family has done just that.

Their 6-year-old son suffers from a rare form of epilepsy, and the Cromar family believes cannabis oil can change his life.

David and Mandi Cromar heard the stories of this oil's miracle-like results. Results they want for their son, even if it means leaving everything in Utah behind. FOX 13 News followed their journey.

At home, 6-year-old Holden Cromar loves to play video games like any other boy. But a seizure can rob him of ever finishing his game. In fact, it’s robbed him of a better life.  At any moment, the seizures hit like electric shocks.

"Holden is one of those cases where they don't know why he has seizures," said Holden’s dad, David Cromar.

The boy has a rare form of epilepsy that doesn't have a name but certainly takes a toll.

"It could be 100 a day, it could be five, they come in clusters," David Cromar said.

Those clusters have hindered Holden's ability to learn.

"He's in first grade now and is still learning his basic numbers one through ten,” his dad said. “Letters, sight words, all the things that you get down in preschool and kindergarten, he's still trying to grasp."

Plus, those drugs have their own side effects.

The Cromar's said doctors have discussed brain surgery, but before it comes to that frightening last resort: "I'll do anything for him, for any of my kids," said Holden’s mom, Mandi Cromar, who choked back tears.

Holden's parents want to try cannabis oil that comes from marijuana. They can only get it in Colorado, where pot is legal for both medical and recreational use.

So the Cromar's sold their home in Farmington and moved to Colorado Springs two days after Christmas. Fortunately, David can keep his Utah job and work from home in Colorado, but they've left their family, their support system, behind.

"It's very hard, I'm not doing OK, but it's for him," said Mandi Cromar as she looks at little Holden.

Their hope is that Holden can be seizure free or close to it like Charlotte Figi from Colorado Springs. Charlotte has Dravet Syndrome and used to suffer hundreds of seizures a day that left her in a wheelchair.

Charlotte’s parents said that all changed when they experimented with cannabidiol oil, which was extracted from a special breed of marijuana plants. Those plants are grown by the Stanley brothers in undisclosed greenhouses in the mountains west of Colorado Springs.

This is the marijuana that doesn't get you high. It's low in THC, the psychoactive drug in marijuana, but high in CBD. That's what the Stanley brothers said is helping these children.

Using a five-step process, chemists at a Denver lab spend two to three days condensing cannabis into a thick black oil. It looks like molasses. It's then diluted with olive oil into a dose the child takes orally and is distributed by the Realm of Caring Foundation.

Charlotte Figi ate spoonfuls of it and two years later, she has a new life.

The Cromar's hope it'll have the same profound results for Holden, but it's a gamble. A gamble with tremendous sacrifice.  What's tough for Mandi Cromar, "Mostly the goodbyes and that we're going to leave Caleb behind.”

Caleb is her 14 year-old stepson, David's son from a previous marriage. David has to leave one son to help the other.

David said: "Our what-ifs are, What if this could help and we didn't do it?”

But once the Cromar's arrived in Colorado Springs, there was a twist.

"When we got the news, she was mad,” David said.

Mad because Holden may have to wait until October, when some of these specialized marijuana plants are harvested, to get the much-needed treatment.

"It's a roller coaster emotionally for sure," David said.

Before moving, there was a hint they could be on a waiting list but they thought it might not come to that.

"We left in such urgency to get here, to get him on this medicine and now we have all this time in-between to do what?" Mandi asked.

They're waiting partly because more than 100 other families from across the country have made the same journey within the last year, relocating to Colorado, increasing the demand for CBD oil.

"Unfortunately under the rules and regulations here, we can't just grow however much we want," said Joel Stanley with the Realm of Caring Foundation.

The Stanley brothers grow Charlotte's Web, a special breed of marijuana low in THC, but high in CBD.

By law, they must assign a certain number of plants to each child and they're tracked through ID numbers.

"And I couldn't tell you whose patient that is,” Jordan Stanley said. “I'm not supposed to know because that's their private business technically.”

Holden will eventually have a dozen plants assigned to him but first he needs a medical marijuana card.

"I see he's been having these seizures since he was little, since he was two," said Dr. Margaret Gedde during a doctor's appointment with the Cromar’s.

Dr. Gedde is one of two physicians required to evaluate Holden.  She said two-thirds of the kids she's treated with the cannabis oil have seen positive results in reducing seizures.

"As a physician, being able to look at the track record of marijuana in safety and working with the parents and hearing what their experiences are, I, as the physician, have the confidence that I'm not causing harm," she said.

But Dr. Gedde believes more studies are needed, and so does Dr. Francis Filloux, the director of pediatric neurology at Primary Children's Medical Center and University of Utah. He's encouraged that clinical trials with CBD oil are beginning in the U.S. and said in a letter that pre-clinical data shows promise for cannabidiol oil.  He thinks families like the Cromar’s should be able to try it out in Utah.

"Some of my colleagues will say scientifically we don't have the evidence to support it,” he said. “I understand that. People have reservations about side effects. To be honest, we give these children medications with known severe dangerous side effects on a daily basis."

To Dr. Filloux, the benefits outweigh the risks.

Meanwhile, the Stanley brothers hope to license Charlotte's Web as hemp so they can grow more of it and eliminate the waiting list. And back in Utah, Representative Gage Froerer has written House Bill 100, which would allow families to get a waiver, with their doctor's approval, and import products like cannabidiol oil without fear of state prosecution so the Cromar's can help their son and return home.

"We have our hopes to go back home, we do," David said.

But if the bill doesn't pass, they're prepared for the long haul and said other parents who've made the same journey are keeping their faith alive.

"Just amazing results, seeing their kids,” David said.  “Seeing their emotions and the impact it's had on their family, that gives us hope.”

The Cromars are one of only two Utah families who've relocated to Colorado.  Most can't afford to do that.  There are nearly 2,000 families on that waiting list, hoping more cannabis can be grown and distribution channels will open.

But even if this Utah law passes, it’s still illegal to bring cannabidiol oil across state lines. While it's highly unlikely these families would be federally prosecuted, former White House drug adviser Dr. Kevin Sabet believes the Utah bill is unconstitutional.  To Sabet, the answer is a federal program in Utah where research could be conducted and access could be granted to parents.

But some, like the Cromar’s, said they simply can’t wait on government, federal or state, to act in a timely manner when it comes to their son’s health. 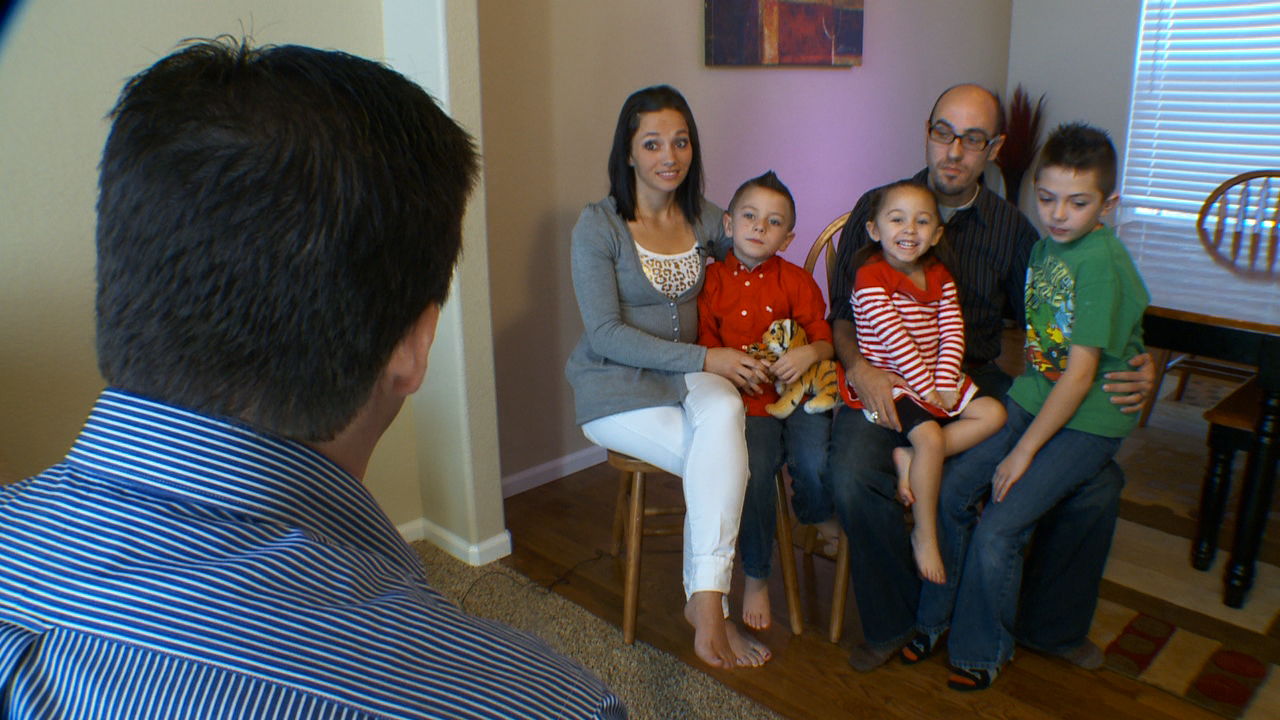