5 held in connection with disappearance, death of Virginia police officer 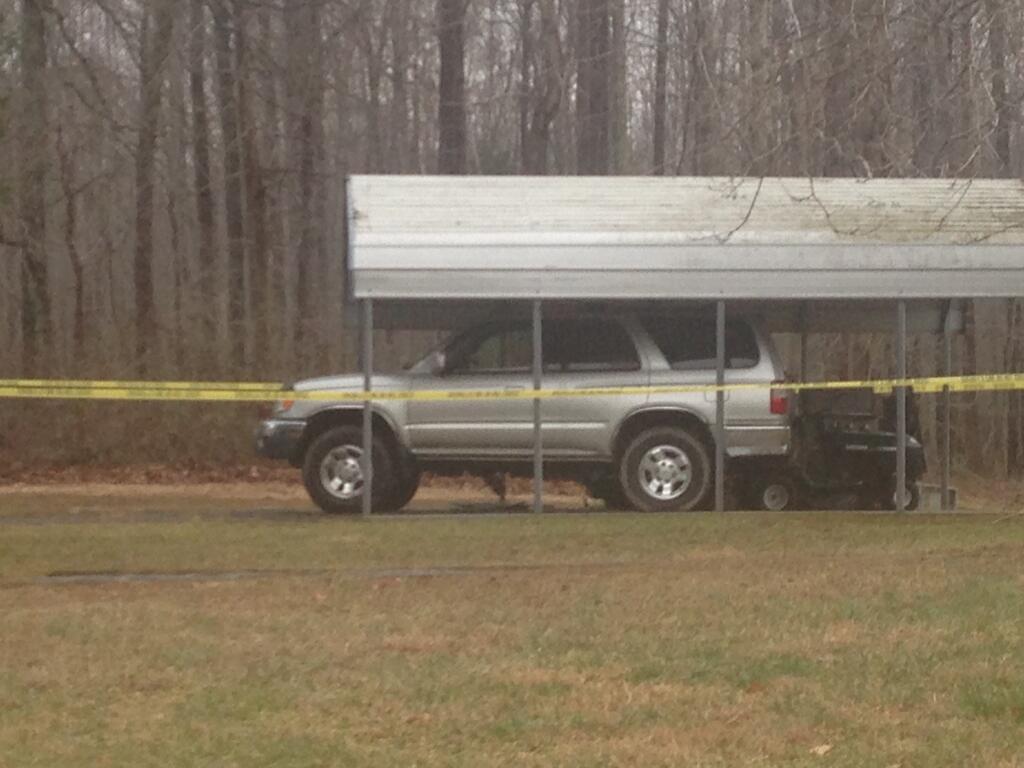 (CNN) — Reserve Virginia police captain Kevin Quick’s body hasn’t been confirmed found, yet that didn’t deter authorities from announcing Friday that they have charged five people in connection with his disappearance and his death.

Scores of police opened a press conference Friday — exactly one week after Quick’s family last reported seeing him — by turning to face a flag as it was lowered to half-staff in Quick’s memory.

Addressing Quick’s family, Michael Wilhelm — the police chief in the small central Virginia city of Waynesboro where the 45-year-old Quick was a volunteer officer and also lived — said, “Words cannot begin to express the sorrow we feel just knowing that you are bearing such a profound loss.”

Authorities have not said how, when or why Quick died. Nor have they specified his relation to those involved in his disappearance and death, including whether he knew them personally, was targeted for his police work or perhaps was randomly targeted.

Speaking in a general sense to law enforcement colleagues, Wilhelm said, “I ask that you continue to honor’s Kevin memory and let his tragic loss serve as a reminder that the work that we have dedicated our lives to is not finished.”

Virginia State Police spokeswoman Corrine Geller then spoke about a man’s body found on Thursday near the Goochland-Fluvanna county line, between Richmond and Charlottesville, before adding that it hadn’t yet been positively identified as Quick or as anyone else.

“However, due to the time that has transpired since Kevin’s disappearance, the fact that his vehicle was abandoned, and his whereabouts have not been established yet, we have transitioned from a disappearance investigation to a death investigation,” Geller said.

The police spokeswoman detailed a number of significant developments in the case, including the arrests of three individuals — 22-year-old Gert Wright, 49-year-old Leslie Hope Casterlow and 31-year-old Anthony Stokes, Jr. — “without incident” on Thursday night outside of a Prince William County hotel.

All three are being held without bond at Henricho County Jail on felony charges of being “a principal in the second degree” to Quick’s death and of gang participation.

This is in addition to previously announced arrests of three siblings Tuesday night at a hotel in the Washington suburb of Alexandria, Virginia.

Daniel Mathis and his sister, Mersadies Shelton, have been charged with grand larceny in the theft of Quick’s 1999 Toyota 4Runner. A second sister, Shantai Shelton — who has not yet charged directly in Quick’s case — was picked up on an outstanding warrant from Louisa County, east of Charlottesville, where Sunday night’s armed robbery took place, Geller said earlier this week.

The 18-year-old Mathis also was charged with robbery, malicious wounding and a variety of weapons-related charges in connection with the Sunday-night robbery, but no details of that holdup were released.

Geller, from the state police, said investigators “are still piecing together … this network of individuals and determining exactly what role, what acquaintance, what association they may have had with one another.” She emphasized that no one yet has been deemed directly responsible for Quick’s death.

Still, murder charges could be forthcoming — perhaps against someone who hasn’t been arrested yet.

“There are additional charges pending in this,” Geller said. “There may possibly still be additional arrests.”

Last seen by family one week ago

In 1990, Quick joined his father in the reserve arm of the Waynesboro, Virginia, police department — members of which aren’t paid but hold ranks, have badges and carry firearms like full-timers.

He rose up the ranks while working paying day jobs, including the past 15 years as a production coordinator for the synthetic fabrics company Invista. His position there was eliminated in what Waynesboro police Sgt. Brian Edwards called an “amicable” separation.

The morning of Friday, January 31, he’d taken his mother — with whom he was living in Afton — out to breakfast at a local Cracker Barrel. That meal was the last time Quick’s credit card was used, according to Edwards.

He’d also spent that day prepping for his brother’s surprise birthday celebration, including getting the venue and music in order.

Quick had been legally separated from his wife since 2007, but their divorce was not final, Edwards said. He said another woman gave birth to Quick’s daughter four months ago, and he was headed to their home in neighboring Albemarle County at the time he disappeared.

According to an affidavit, Quick texted his child’s mother, saying he was on the way. His phone has been turned off since last Friday night.

In fact, he was last seen about 10:15 p.m. that night leaving the Afton, Virginia, home that he shared with his mother. Authorities said his family believed the officer was off duty at the time and heading to a friend’s house in neighboring Albemarle County about 20 miles away.

But he never made it there.

His family reported him missing the following day, after Quick failed to show up for the birthday party for his brother that he’d planned.

His 4Runner was captured by surveillance cameras at automatic teller machines twice. The first time was in the town of Fork Union, about 50 miles from Afton, about 11:40 Friday night; the second was in Manassas, on the outskirts of Washington, on Saturday night, Geller said.

Each time, the same two people were in the picture, she said — but authorities haven’t said which, if any, of those arrested were in the image.

The SUV turned up parked under a carport on rural property in Mineral, more than 30 miles northeast of Fork Union, on Monday.

Three days later, state police and a Fluvanna County investigator went down Old Columbia Road after getting “some intelligence that these individuals may have been out there, the vehicle may have been out in that area.” They stopped and found a man’s body shortly before noon in a wooded area on private property.

That body was transported to the Office of the Chief Medical Examiner in Richmond to undergo an autopsy and be positively identified.

Such an identification isn’t the only missing piece of the puzzle. Authorities also still haven’t found a weapon that may have been used to kill Quick, nor have they publicly outlined a motive.

But on Friday, they did begin the grieving process. Wilhelm, the Waynesboro police chief, urged people to look out for Quick’s family, friends and former colleagues.

“No one can make it through this alone,” he said. “We must continue to support Kevin’s family, his friends, and our brothers and sisters from our law enforcement family.”