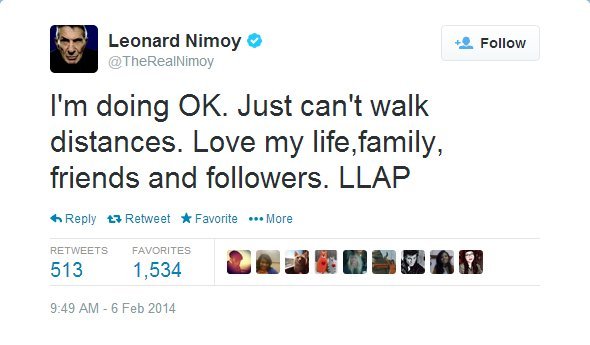 The “Star Trek” actor recently revealed on Twitter that he’s been diagnosed with COPD, or chronic lung disease. (The COPD stands for chronic obstructive pulmonary disease.)

His admission prompted fans to express their concern for the actor, who’s lately stayed busy with appearances on TV shows like “Fringe” and “The Big Bang Theory,” plus popping up at the movies in “Star Trek Into Darkness.”

But for everyone worried, Nimoy has assured them that he’s hanging in there.