3 injured after car collides with semitrailer 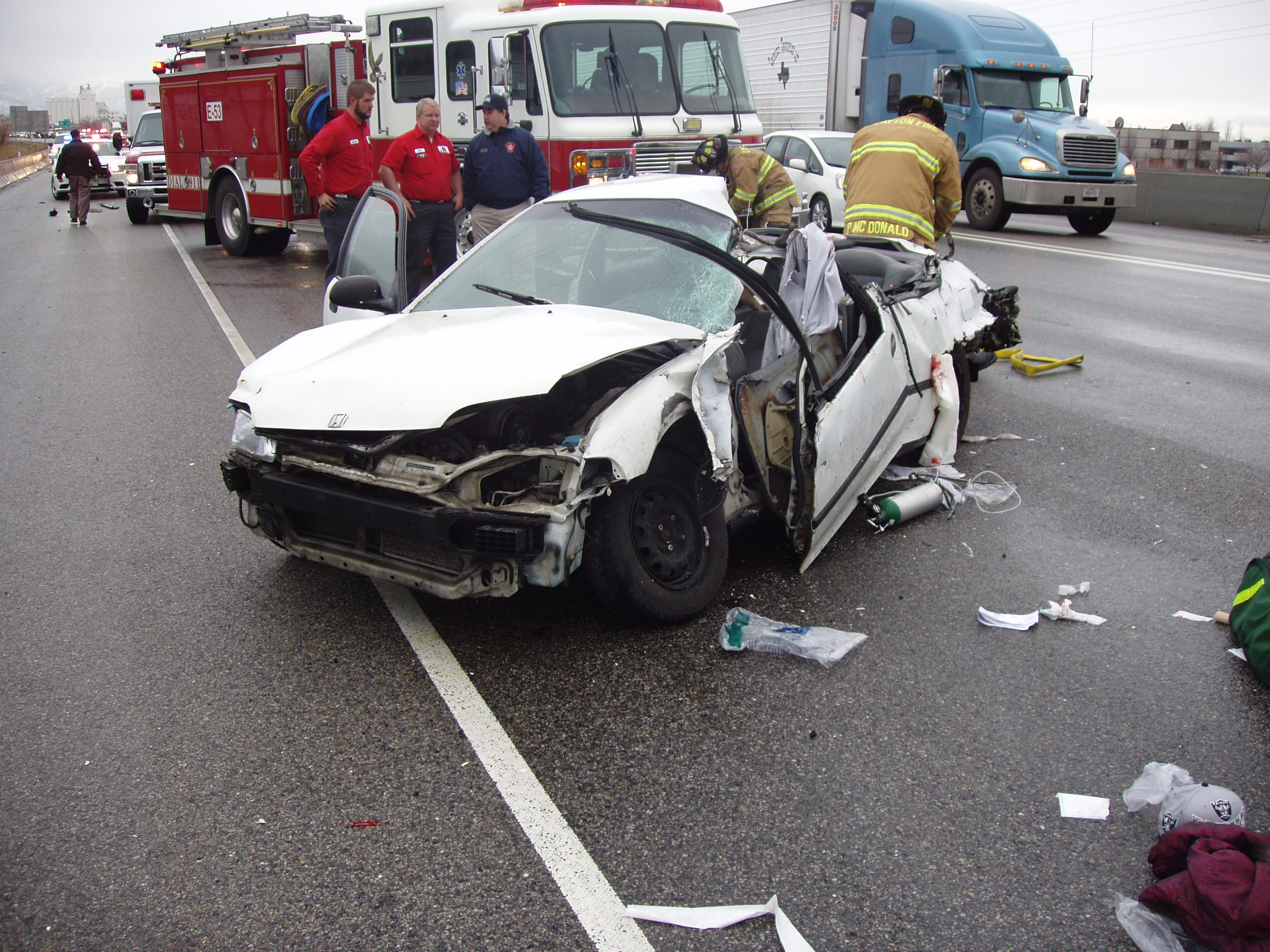 LAYTON, Utah – A man was taken to a hospital in critical condition and two women were injured after a vehicle accident on I-15 Wednesday afternoon.

Police officials said at about 2:05 p.m. a Honda Civic going north on I-15 near 700 South in Layton swerved and hit the inside barrier of the freeway and then bounced off the rail and into traffic, where it became wedged beneath a semi-trailer.

Sgt. Todd Royce of the Utah Highway Patrol said the semitrailer dragged the vehicle for an unknown distance. He said there were three occupants in the Honda.

According to information from the Utah Highway Patrol, a 20-year-old man was taken by air to McKay-Dee Hospital in critical condition. A female victim, a 38-year-old from Ogden, was driving and sustained head trauma and was transported in serious condition. The other female passenger in the Honda, a 16 year old, sustained minor injures.

There were no other reported injuries. Officials said the wet conditions contributed to the accident, as did speed. Preliminary reports indicate the occupants of the Honda were not wearing seat belts.