TOOELE COUNTY, Utah – Authorities responded to a three-vehicle accident in Tooele County Sunday, and three people were killed and another six were injured.

There were eleven people total among the three vehicles, and officers confirmed that three people had been killed and six were being treated for injuries. A total of three medical helicopters responded to the scene, along with EMS personnel.

Evan Kirby of the Utah Highway Patrol said people stepped up to help at the scene.

"There were so many patients," he said. "We had a lot of members of the community out helping with the children, and that was greatly appreciated by us."

The accident is under investigation, but according to information from the Utah Department of Public Safety, it appears a minivan traveling northbound on S.R. 36 attempted to change lanes, and it struck an SUV. The impact sent the minivan across the median into a southbound lane, and a Subaru traveling southbound struck the minivan.

Both occupants in the Subaru were killed. They have been identified as Melodie Clement, 58, and Urban "James" Montoya, 61, from Salt Lake City. Officers said they were both wearing their seat belts.

The front passenger in the minivan was also killed. She has been identified as Donnett McCollin, 43, from Dugway.

"There was cars everywhere, there was people everywhere," she said. "We were gonna stop, but there was a hundred, I dunno, there was a lot of people there that stopped to help already. It was just chaos."

The occupants of the minivan were part of a youth group from Dugway Hope Chapel traveling to see a concert.

State Route 36 was closed in both directions for several hours near the scene of the crash, but officials said around 8 p.m. Sunday the road had reopened. 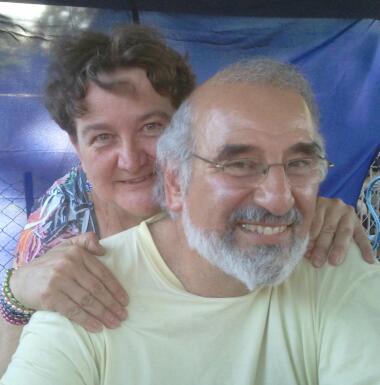