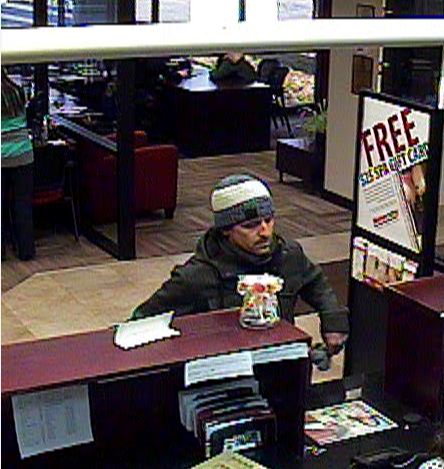 SALT LAKE CITY — Salt Lake City police are searching for for a suspect accused of robbing a credit union Wednesday.

Officers said around 5:30 p.m. a man entered the University Credit Union at 3080 South Richmond Street. They said he showed a weapon and demanded money. A teller complied, and the suspect left the credit union and headed south on foot.

The suspect is described as a white male, about 6 feet tall and 175 pounds. He was wearing a blue and white striped knit cap and a black pea coat.

If you have any information on the suspect, contact the Salt Lake City Police Department at (801) 799-3000.