SALT LAKE CITY – Police in Salt Lake City worked with the Unified Police Department to pick up a man suspected of robbing a bank earlier this week.

Police identified David Erik Traversa Friday as a suspect in the robbery, and Saturday evening officials tweeted that Traversa was picked up in Midvale.

According to information from the Salt Lake City Police Department, the suspect entered a US Bank, located at 1375 South Foothill Drive, at about 2 p.m. Wednesday and demanded money.

The teller complied, and the man fled on foot. Police circulated images of the suspect in the hope members of the public could help officers identify the man.

Lt. Justin Hoyal of the Unified Police Department said they believe Traversa may have also been involved in a bank robbery that took place February 10 at a U.S. bank located at 1998 East Murray Holladay Road. 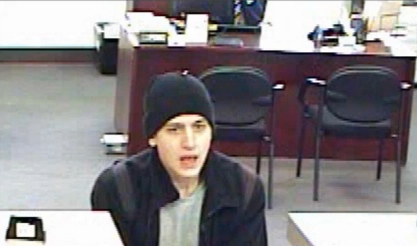